There were a flurry of moves on Wednesday as free agency continues in the NFL, with more than a few surprises. Which team came out with the biggest "Oh hell no!" move of the day?

NFL news came out so fast and furious on Wednesday that Paul Walker texted Roger Goodell asking him where his invite was. While elite quarterbacks are basically never allowed to leave their teams via free agency, that doesn't mean that big names don't change cities every year.

2013 is absolutely no exception.

Peyton Manning is gaining more weapons than Duke Nukem 64. Bill Belichick thinks he can find a younger, better Wes Welker. The Seahawks are finally cashing in on their Microsoft stock. It's been a wild day, and some teams have possibly done a better job of setting themselves up for success next season while others could be regretting their moves or lack thereof.

Here are the completely accurate grades for the ten biggest moves on Wednesday:

Had he been on the free agent market last season, Avril would have commanded much more than the two-year, $15 million contract he signed with Seattle. However, the Lions placed the franchise tag on him after eleven sacks in 2011. They decided that his 9.5-sack year in 2012 was not enough for a franchise tag, and the 26-year-old Avril was able to test the waters.

The waters may have turned out to be a little colder than Avril expected, but that should work out just fine for a Seahawks team desperate to add to their pass rush.

Seattle recorded 36 sacks in 2012 and 11.5 of those came from Chris Clemons, who tore his ACL in a playoff game against the Redskins. While they still expect big things from Bruce Irvin, they couldn't rest on their laurels when it came to improving the pass rush. Getting Avril wasn't only unexpected, it was surprisingly cheap. And for that reason I'm telling the Seahawks:

Denver had two receivers go over 1,000 yards last year with Demaryius Thomas and Eric Decker and that still was not enough for Manning, who must have felt that the 36-year-old Brandon Stokley was simply over the hill in the slot. For that reason, they signed the 31-year-old Wes Welker away from the New England Patriots.

Welker has caught 672 passes with the Patriots in six years, and made the Pro Bowl in each of the last five years. Even as attention switched onto Rob Gronkowski and Aaron Hernandez over the last three seasons, Welker still dominated much of Tom Brady's attention and he is coming off of a 118-catch season in 2012. The undrafted receiver out of Texas Tech is now 29th all-time in receptions and will have to find a way to cope with a move from Brady to Manning.

It's hard to envision Welker catching 100 passes in Denver next year, but for a two-year, $12 million contract, the Broncos should be getting a hell of a steal. And for that I say:

So why would the Patriots let their leading receiver walk away without a fight? More than likely it had something to do with the other white slot receiver with a propensity to catch a lot of passes that was available on the open market. Namely, one Danny Amendola.

While Amendola has played in only 12 games in the last two years, he has still managed to catch 68 passes in that time. Last year, on a mediocre-to-bad offense and while missing five games, he still finished with 63 catches for 666 yards. It would not be that hard to see Amendola step right in and catch 100 passes for the Patriots next year if he remains healthy. Fantasy owners will be licking their chops over this one all offseason and spending a premium on a player that has looked like Mr. Glass since 2010, but could shatter every Patriots record if healthy.

But the biggest thing is that Belichick had no fear of watching Welker leave and seems to think that signing Amendola to a five-year, $31 million deal was the better choice even if it was much more expensive. So for that I say: 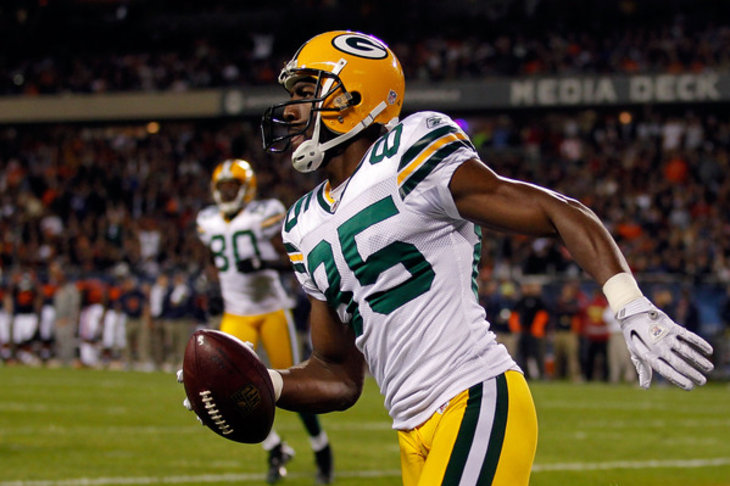 There's plenty of help still out there for needy NFL teams, including some big names.

All I know is that when Best was healthy, the Lions were 5-1 to start 2011. He's missed every game since, and Detroit went 9-18, including the playoffs. Now if Bush can stay healthy and also be something like the player that was supposed to be like him if healthy?

It is an obvious match made in heaven so...

Grade: "I see what you did there."

Well, Arizona needs to part with just about everyone on that terrible offense from 2012. They need to part with Kevin Kolb, they parted with Beanie Wells (2.7 yards per carry), they need to find anyone to build a competent offensive line. Probably most importantly, though, they need to do that last thing, because damn that line is bad and shares some of the blame for blocking ahead of a 3.4 yards per carry average.

Otherwise, Rashard Mendenhall's one-year deal will be more like a one-year sentence. Still, the 25-year-old running back comes at a discount thanks to a down season after returning from injury. So yes, Cards...

I see what you did there.

Tennessee was a bad team last year, but at least Chris Johnson played like Chris Johnson for the most part. I guess one of their problems is that he had absolutely no help on the ground outside of Jake Locker, and that's not the kind of help they're looking for. Jets starter Shonn Greene should be a nice complement to Johnson, but is he really going to help make them better? And was he worth $10 million over three years?

At LSU, Dorsey was one of the biggest stars in the country and it would have been hard to envision him failing to produce in the NFL. That's why the Chiefs picked him fifth overall. Dorsey started all but three games over his first four years, but he just didn't tilt the field the way a man of his size is expected to.

Then he played in just four games last year and hit the market with teams looking to snap him up for a discount.

That team is the 49ers, and they desperately need reinforcements behind an aging Justin Smith. Perhaps Jim Harbaugh and company can help get the potential out of Dorsey the way that Kansas City wasn't able to. We've already seen them do just that with a number of defensive players over the last two years. You just never know — by next year we could be saying...

Detroit lost their last eight games last year and finished 4-12. They were 27th in scoring defense. Free safety Louis Delmas is a free agent. Quin was a four-year starter for the Texans, a top NFL defense. Does this make sense?

What is Kansas City going to do in the draft if they keep filling needs through trades and free agency? They've already locked up Dwayne Bowe as the top weapon for Alex Smith, and they've added tight end Anthony Fasano as another option. Next up today: receiver Donnie Avery, coming off of a career-high 781 yard season with the Colts.

Jonathan Baldwin has done very little over his first two years, and Kansas City just needs more and more weapons if they want to improve on their eight touchdown passes from a year ago. Avery can help that, but there is one problem: He caught only 48 percent of his targets from Andrew Luck last year. He's going to need to do better than that if he's going to get playing time for Andy Reid in K.C. But as far as the Chiefs making another move?