Thursday marked the second full day of NFL free agency, and while it didn't have the pop around the league that the first hours did, there were a spate of moves that improved already good teams.

The 2013 free agency class has become increasingly difficult to get a read on. Some of the NFL's biggest names remain unsigned, while promising mid-tier players are getting large contracts. Either the league is learning that what glitters isn't always gold, or teams will realize in six months that the promise that led to some of these signings was for naught.

Teams addressed some of their biggest needs on Thursday, and nobody made a bigger splash than the Atlanta Falcons, who made the oft-predicted move to solidify their offense with an upgrade at running back.

Grade: A dangerous veteran team gets better, and stays older.

After parting ways with Michael Turner, it was clear the Falcons needed to add another running back. While some analysts posited they would turn to the draft, general manager Thomas Dimitroff remains in 'win now' mode while his veteran team is still performing at an elite level. 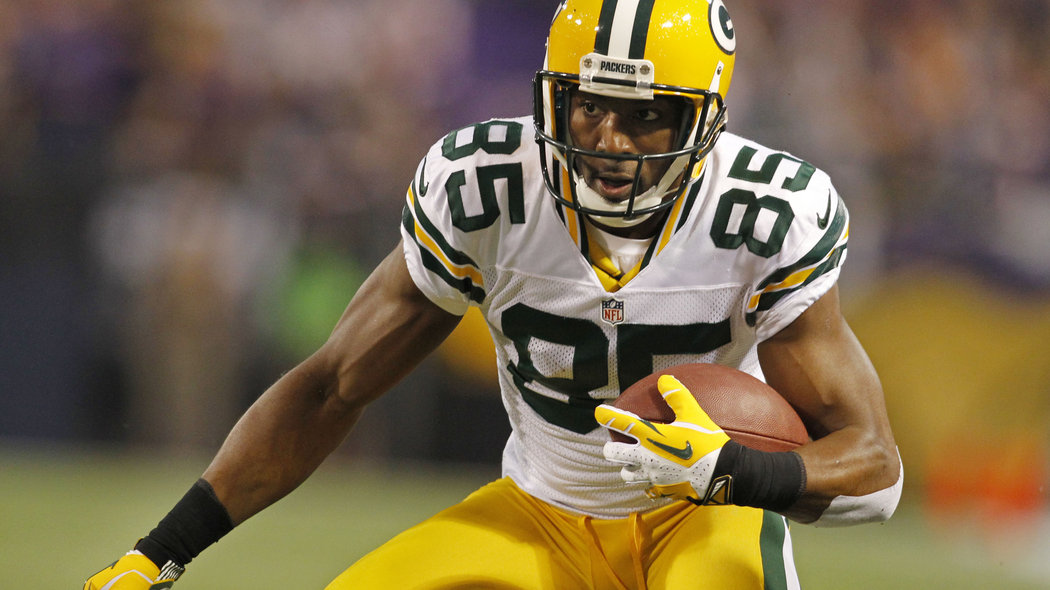 NFL teams are scrambling to spend money and improve their rosters. Keep up with all the free agent news and rumors from a busy week.

Enter the 29-year-old Jackson, who no longer meshed with the St. Louis Rams' youth movement. The definition of a work horse, he posted his eighth consecutive 1,000-yard rushing season in 2012, and showed no appreciable drop-off in production.

While Atlanta didn't have many issues on offense last season, the Achilles heel was an inconsistent ground game. Matt Ryan is a quarterback who works best off the play action, and as the season went on teams respected Turner less and less, resulting in some offensive hiccups.

The Falcons essentially traded up for an extra 0.5 yards per carry, and a more even ground attack. While a running back near thirty isn't the right move for most teams, getting Jackson (and keeping him away from Green Bay) was a coup for Atlanta in an increasingly difficult NFC. The deal doesn't break the bank from a contractual standpoint, and corrects one of the few issues they had on offense.

Andy Reid is wasting no time correcting the mistakes of his predecessors. After signing Dunta Robinson earlier this week, the Chiefs added another cornerback -- this time signing Sean Smith to a three-year deal. It's a move that helps solidify the NFL's 21st-ranked pass defense in 2012, and more importantly keeps up with the Denver Broncos.

Make no mistake, John Elway is leading the AFC West arms race, and the addition of Wes Welker to the Broncos makes them one of the league's most dangerous teams. However, Smith now represents a trio of talented corners in Arrowhead, where he'll join Brandon Flowers and the aforementioned Robinson.

It remains to be seen how the three cornerbacks will line up, but Smith was unquestionably one of the top defensive backs in free agency. Despite their myriad holes, the Chiefs now boast one of the most physical secondaries in the NFL.

Grade: The end of a short-lived era?

On the back of Adrian Peterson, the Minnesota Vikings were an unexpected playoff team in 2012. After trading Percy Harvin early in free agency, the team looked to revamp their offense by adding competition to their weakest position — quarterback.

Christian Ponder wasn't bad last season, but he was largely ineffective. Starting 16 games, he failed to pass for 3,000 yards -- and it wasn't for lack of trying. Ponder was given 483 pass attempts, managing to throw for a paltry 6.08 yards per attempt. He paired this with 18 touchdowns, 12 interceptions, and five fumbles lost.

Daily Norseman: The reaction from Minnesota

Is Matt Cassel much better? In 2012 he wasn't, but many of his failings were due to Kansas City's struggles as a whole. He isn't far removed from a 2010 season where he managed to put it all together, throwing for 3,116 yards, 27 touchdowns, and just seven interceptions.

The writing isn't on the wall for Ponder, not yet. However, this does mark an opportunity for Cassel to challenge for the job. There were reports Thursday that he had another offer from the Tampa Bay Buccaneers, but ultimately chose Minnesota, presumably because he believes he can win the starting job.

Grade: Don't spend it all at once, Jim

The most excited person about this signing was Colts' owner Jim Irsay who felt it warranted near-two-dozen exclamation points when he announced it on Twitter. It's not that Jean-Francois isn't an upgrade, because he is -- but the contracts that are being handed out in Indianapolis are stunning.

Stampede Blue: Too much money?

A rotational defensive lineman in San Francisco, Jean-Francois is coming off his best season, one where he totaled just 22 tackles and two sacks. Stats don't tell the whole story, and you see flashes of ability -- but one wonders if the 49ers saw the kind of potential Indianapolis did, when they handed him a contract worth $11 million in the first two years.

Perhaps Ryan Grigson will show why he earned executive of the year honors in 2012, but for now this is a move that's puzzling due to the money being spent. The Colts have burned through a lot of cash this year, and they better hope some of these leaps of faith pay off.

Chip Kelly is moving the Eagles to a 3-4 defense, and getting a pass rusher is integral to starting this transition. Barwin marks the sixth defender Philadelphia has added, with a contract appropriate for his uneven production.

In 2011 he had his breakout season, a 47-tackle, 11.5-sack year that cemented Barwin as a young pass rusher to watch. That production dropped off last year, as he finished with just three sacks.

The big money present in the salary is mitigated by the low guarantees. It ensures that the Eagles have him locked up long-term, should he return to 2011 form -- but if he's unable to, they can cut him with very little risk moving forward. It's a smart move in a new-look defense.

It's one of those deals that epitomizes the Patriots' methodology for team building. Find a talented player who couldn't find a place, and throw that talent at a wall.

Signing Washington to a one-year deal represents no risk to New England, and with a creative offense the running back will find a way to get touches. Likely a move that mitigates a potential loss of Danny Woodhead, the signing gives Bill Belichick options.

Washington hasn't managed to live up to his rookie season, a year that saw him gain almost 1,000 all-purpose yards. Where he will make an immediate impact is as a kick returner, where he remains one of the NFL's best.

Grade: The rich get richer

The ink was barely dry on Cliff Avril's contract before the Seahawks turned back around and landed another of the NFL's top free agent defensive ends. Bennett doesn't have the water-cooler recognition that Avril does, but he's still an extremely effective pass rusher.

In a free agency period that saw mid-tier players get large contracts, it's a little surprising Bennett didn't get more attention. His first year with Greg Schiano in Tampa Bay resulted in his best season as a pro, finishing with 41 tackles, nine sacks, and three forced fumbles. He was constantly a force as a 16-game starter, and now in Seattle he has a chance to add to a team with legitimate Super Bowl aspirations.

Bruce Arians is looking to bring as much competition to Arizona possible, and adding Brinkley helps achieve that goal. He'll compete with Paris Lenon for the second inside linebacker spot in the Cardinals' 3-4 defense.

Brinkley is coming off his best year, in which he finished with 99 tackles. During the 2012 season he had big games against the Seattle Seahawks and Chicago Bears, and those kind of signature performances engendered faith in an NFC team looking to slowly regain ground to respectability.

It wasn't long ago that Rodgers-Cromartie was the linchpin in a perfectly executed trade that saw the Philadelphia Eagles jettison a backup quarterback, while picking up a talented corner and an additional draft pick. Now that cornerback could be had without a long-term investment, perfect for the Broncos.

Potential has always been Rodgers-Cromatie's calling card, and one he's failed to live up to over his five-year career. A sophomore season that saw him nab six interceptions gave way to a precipitous decline, finally turning him into the Eagles' third cornerback.

The signing gives Denver a year to evaluate, and hope that some of Champ Bailey's ability transfers by osmosis. The best-case scenario is that Rodgers-Cromartie improves, and worst case they can let him leave next year without too many problems.