NFL Draft 2013: Tyler Eifert could surprise as early pick in 1st round

The Notre Dame tight end is clearly the cream of the rookie crop, and the way teams are paying for the position shows he might go sooner than expected.

Share All sharing options for: NFL Draft 2013: Tyler Eifert could surprise as early pick in 1st round

If your last name is Wallace or Flacco, you are smiling ear-to-ear this offseason. For the rest of the NFL free agent market, prices have mostly fallen this offseason.

From cornerbacks to defensive ends, players are signing for lower pay and fewer deals than many analysts expected, from Aqib Talib's one-year, $5 million deal with the Pats to Cliff Avril's two-year, $13 million contract with the Seahawks. Both players were among the best at their respective positions yet both found far less on the table when the bell finally rang. For most players at most positions, this offseason has presented a buyer's market. All except for tight end.

Somehow in the midst of discount deals, the tight end position is enjoying a market upswing. Jared Cook landed a tremendous five-year, $35 million deal with the St. Louis Rams that defies explanation since Cook is mostly potential at this point. Anthony Fasano grabbed a four-year, $16 million contract with the Chiefs for production that's decent at best. Martellus Bennett got over $20 million from the Chicago Bears despite averaging less than 30 receptions per year in the NFL.

The bottom line is that dynamic tight ends have revitalized offenses in recent years. Yet there's not nearly enough of them to go around, much like the quarterback position. The Saints love Jimmy Graham. Everyone covets the Patriots' combo of Aaron Hernandez and Rob Gronkowski. The Falcons publicly begged Tony Gonzalez to come back. And the have-nots overpay in the hopes that Jared Cook breaks through or Martellus Bennett repeats a contract year.

Mocking The Draft's Big Board 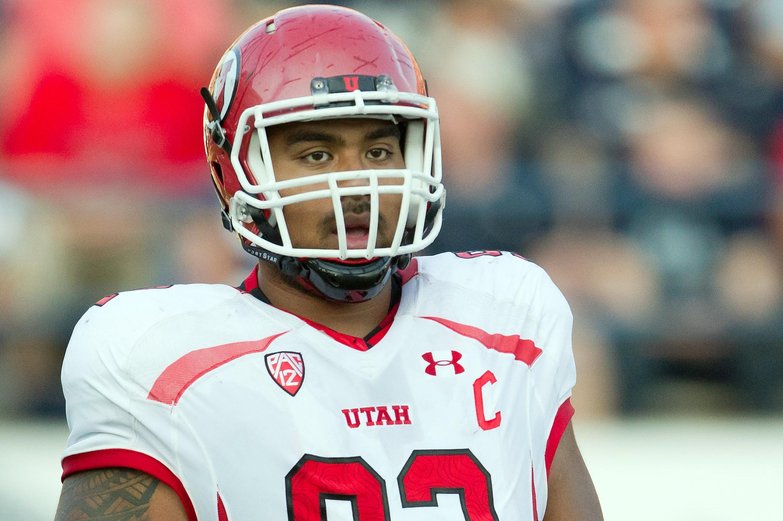 Tyler Eifert ranks No. 19 on Dan Kadar's latest Big Board ranking the top 200 prospects for the NFL Draft.

Enter Tyler Eifert. The Notre Dame tight end is the top-rated player in the 2013 NFL Draft at his position, and given his draft stock, you'd think he'd land somewhere in the middle of the first round. He's faster than most linebackers in the NFL as evidenced by his 4.68 40-yard dash time, and his 35.5-inch vertical leap and 11'9" broad jump showcase his tremendous athleticism. In addition, his 6-5, 250 lb. frame makes him an instant match-up problem for defensive backs, especially with his fluid movement and soft hands.

However in recent weeks, Eifert's expected draft slot has fallen dramatically. Some NFL analysts even have Eifert falling into the second round. Need proof? In the latest mock from SB Nation's Matthew Fairburn, Eifert isn't on the board in the first round. The same could be said of half of CBS football analysts. Both Pat Kirwan and Dane Brugler have Eifert absent from their first round mock drafts, although at least Rob Rang and Pete Prisco have Eifert present.

ESPN's analysts have a higher opinion of Eifert with the tight end clocking in at No. 17 to the Steelers for Mel Kiper and No. 19 to the New York Giants for Todd McShay.

Perhaps the thought is that other positions have higher impact on the field. The top offensive and defensive linemen will surely go early and often in the draft. The same can be said for the top cornerbacks available. Quarterback needy teams will take a leap, which also cements some slots. But there's a case to be made for some team surprising draftniks and taking Eifert earlier than expected.

Here are a few slots where Eifert could surprise everyone and upend several big boards:

Remember that the Titans were supposedly thinking about franchising Jared Cook and were determined not to let him leave. The Rams had to overpay for a reason, and that leaves Tennessee without a playmaker for developing quarterback Jake Locker. It's a pivotal year for Locker and the Titans need to give him the weapons to succeed. Enter Eifert who would immediately pay dividends against the soft secondary units in the AFC South and would keep the Texans pass rush honest.

The Dolphins were reportedly interested in Cook and they've already opened up the wallet to Mike Wallace to give quarterback Ryan Tannehill the offensive options he will need to succeed. The Fins signed Dustin Keller already this offseason, but it was only a one-year deal and the team also lost Fasano to the Chiefs. Michael Egnew has yet to develop and Eifert could be an instant impact player for a young, developing offense under head coach Joe Philbin.

The Bucs entered the offseason with major needs in the secondary, but they've addressed things with the signing of Dashon Goldson and they remain linked with Darrelle Revis. If they can land Revis and hold on to this pick, the team will have a bit of flexibility to surprise in the first round. Dallas Clark is a free agent and the team brought in blocking tight end Tim Crabtree from Green Bay last week. That leaves an opening for Eifert. He'd instantly bring a new dimension for Josh Freeman's offense and could free up Vincent Jackson, last year's prize acquisition.

While many might see grabbing a tight end as a reach in the top half of the first round, it's not hard to see the incredible results for teams who employ the best in the business. The prices on tight ends are on the rise and teams are already paying the money to get them. Whether they'll pay high draft assets as well remains to be seen, but if the market holds true, one of the aforementioned teams could surprise. Eifert is certainly worth the investment.