Johnson was asked by a caller which former teammate had the ugliest spouse. He stammered a bit and then identified Wilfork's wife, blissfully unaware that even crass local radio segments can go global thanks to a little something experts like to call the Internet.

Except Wilfork found out pretty quickly, and, least shockingly of all, was not very happy about it.

He later shot back with a memo written on what looks to be the iPhone memo app.

WEEI radio in Boston tried to get Johnson on the air to apologize, but he declined.

We've reached out to Ted Johnson about his comments about @wilfork75 and @mrs75. He declined the opportunity to go on air and apologize.

Johnson issued his own apology via Twitter, because that's obviously the most sincere way to apologize for a personal attack done in the service of talk radio comedy.

Seriously, could he not pen a note via his notes app?

Wilfork and his wife met during his time at the University of Miami. In 2008, Bianca saved him from suspension by delivering a tape to the league that proved he did not deliver a head-to-head hit on Jay Cutler, who will soon have a wife too. 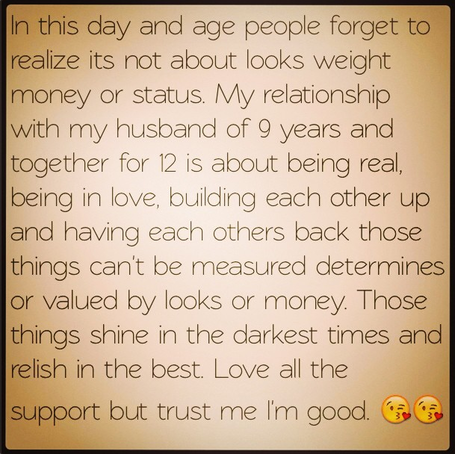 Don't mess with the Wilforks, former teammate or not.

• What Brian Urlacher meant to Chicago