NFL March Madness: No. 5 'Santana Moss Up And Over' vs. No. 8 'Jamaal Charles Is Still Really Fast'

Jamaal Charles pulled a major upset in the first round, knocking off a No. 1 seed while Santana Moss also pulled up upset to move on. Who will move on to the Elite 8? Vote now.

Share All sharing options for: NFL March Madness: No. 5 'Santana Moss Up And Over' vs. No. 8 'Jamaal Charles Is Still Really Fast'

(5) Santana Moss Up And Over 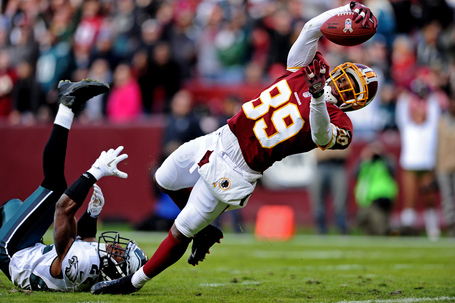 Santana Moss didn't have much issue in the first round, advancing past Golden Tate by collecting 70 percent of the vote. With his victory and the other upsets in the region, Moss as the No. 5 seed is the second-highest seed remaining in the group. 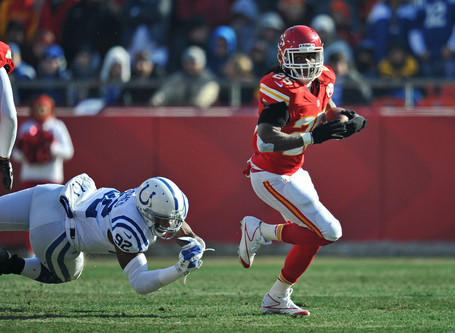 While Moss pulled a small upset in the first round, Charles upset of No. 1 seed Trent Richardson was one of the biggest upsets of the tournament thus far. Charles' 86-yard touchdown run was impressive, but will it be impressive enough to move onto the Elite 8?