One of the best slot receivers in recent NFL history, Welker will be a desired asset on the free agent market.

In six seasons, Wes Welker went from obscurity to one of the best wide receivers in football. And now he's one of the top free agents available and in line for a big pay day.

The New England Patriots acquired Welker before the 2007 season. With the addition of Randy Moss overshadowing the 5'9 receiver out of Texas Tech, Welker quickly became one of the best slot receivers in football. In his first season as a Patriot, Welker caught a league-high 112 passes for 1,175 yards and eight touchdowns. 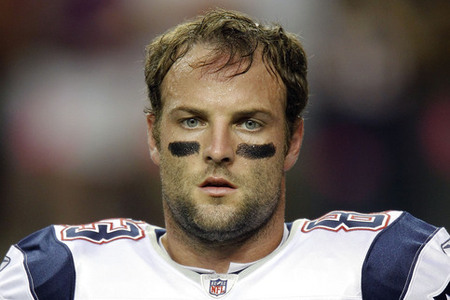 It didn't take long for Welker to become one of Tom Brady's favorite targets. In his six seasons in New England, Welker caught 672 passes for 7,459 yards and 37 touchdowns. In only one season did he have less than 111 catches and less than 1,165 yards (both in 2010). He led the league in catches three times.

Even when it seemed like everything was going against Welker, he still put up huge numbers. Welker wasn't a starter at the beginning of the 2012 season, which some took as sign from Bill Belichick. However, Julian Edelman went down to an injury, putting Welker back into the spotlight. He caught 118 passes for 1,345 yards and six touchdowns in just 12 starts.

So who would want the services of Welker, who is set to turn 32 on the first day of May? Let's start with the obvious, but not-so-obvious choice: The Patriots.

While it may seem like Belichick wanted to push Welker out of the spotlight after he didn't accept the team's contract offer in 2011, it's likely he could be back with the team in 2013 and beyond. Some think Brady's recent contract extension was done with a handshake deal to bring Welker back, too.

Brady, who typically keeps his comments quiet to not stray from the "Patriot Way," has voiced his support before for Welker. Welker, since nearly the day he joined the team, has been one of Brady's most trusted receivers, so losing him could be crucial for the Patriots' offense.

There are plenty of teams who could benefit from having Welker as their slot receiver. One would be the Carolina Panthers, who would like to surround quarterback Cam Newton with more talent. Having Welker in the slot would give the young quarterback a reliable safety blanket.

The Houston Texans are another team who might be a good fit for Welker. The Texans and Matt Schaub have Andre Johnson as a deep threat, but adding Welker would be a good option across the middle. If the Texans sign Wes Welker, pencil the Texans back into the playoffs.

One long shot -- and all because of cap space -- is the Dallas Cowboys. Welker would give Tony Romo's offense -- what else -- consistency, something the team has lacked. But can the Cowboys really afford to add Welker to their roster?

So, how much will Welker command on the free agent market? Odds are it will take at least $8 million per season to lock him down. A contract in the range of three years, $24 million to $30 million could get the deal done for any team.

While Welker, a five-time Pro Bowler, may be worth $8 million a season, how good will he be in three or four years? He'll be 35 or 36 at the end of a potential contract. With as much punishment Welker takes going through the middle, he might not even be in one piece by that point. Perhaps a team would be willing to pay Welker $10 million to $12 million for two years of service.

• Joe Flacco and the history of $100 million contracts