After a season in San Francisco, Randy Moss is back on the the free agent market. He showed flashes of his old form in 2012 and could interest a few teams -- that is, if he doesn't decide to retire.

Share All sharing options for: 2013 NFL free agents: Where will Randy Moss land?

One of the most prolific receivers in NFL history, Randy Moss, returned to the NFL last season after a one-year hiatus. Not expected to return to San Francisco, Moss will hit the free agent market once again. That is, if he decides he wants to keep playing.

After a tumultuous 2010 season, Moss sat out 2011, only to return a season later on a one-year deal with the 49ers. Moss played a secondary role with San Francisco, catching 28 passes for 434 yards and three touchdowns. He showed flashes of the Randy Moss of old, but was mostly an after thought in the 49ers' offense.

Now, after the 49ers and Moss decided to part ways, there is some question as to what Moss' future holds. The 36-year-old could latch on with another team as he continues to chase a Super Bowl ring, or he could decide to retire, this time for good. 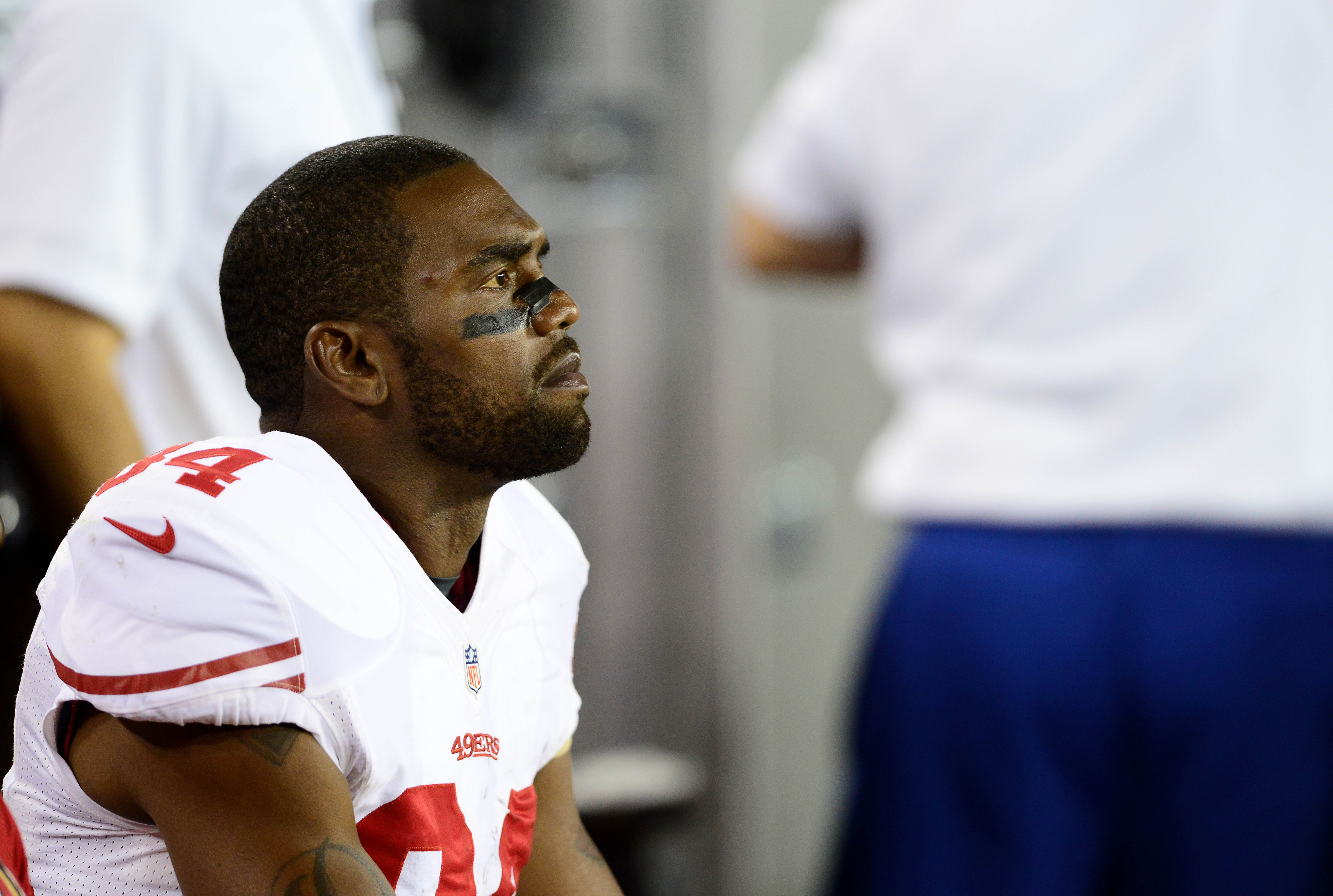 If Moss does decide to play at least another season, the question will become where? A number of NFL teams could use wide receiver depth, and while Moss may not be the same player he was a few seasons ago, he showed last season he still had the speed and leaping ability to be a valuable deep threat. That should open a few doors, even if Moss did burn a few bridges with ugly exits from New England, Minnesota and Tennessee. Moss has already racked up all-time great stats and made plenty of money, so chasing a Super Bowl is likely his main objective. With that in mind, he's more likely to sign with a contender.

The Miami Dolphins are known to be in the market for a wide receiver and after a surprising 7-9 season, they may be closer to contention than expected. Even if the Dolphins land one of the free agent prizes like Mike Wallace, they could still use some additional depth. Signing in Miami would also put Moss in the AFC East and give him the opportunity to play New England twice a year.

The Seattle Seahawks are among the favorites to contend for the Super Bowl next season and aren't overly deep at wide receiver. Seattle has a track record of bringing in any player they think can help them, so they wouldn't be likely to shy away from Moss. Seattle attempted to add veteran receivers last season, but Terrell Owens, Braylon Edwards and Antionio Bryant were all eventually released.

The Houston Texans have Andre Johnson, but not a lot behind him. Moss could give Houston a deep threat it lost last season when Jacoby Jones signed with Baltimore. The Chicago Bears are another team with a proven No. 1 receiver but not much else.