Quarterback carousel: Which quick-fix option is most likely to succeed?

Carson Palmer, Matt Flynn and Kevin Kolb are on the move. Which quarterback is poised for the most success in 2013 and beyond?

Share All sharing options for: Quarterback carousel: Which quick-fix option is most likely to succeed?

Arizona, Oakland and Buffalo haven't seen much success in recent years. The lack of success is in part due to the shoddy play at the quarterback position for each team. All three made moves to address their quarterback situations over the past week, or are in the process of making a move, but none of those teams acquired a long-term solution.

Carson Palmer, Matt Flynn and Kevin Kolb are all expected to start for their new teams in 2013, while Drew Stanton was relegated to a backup role -- again. The quartet of quarterbacks haven't had success in recent years, but they do give fans something to dream on, at least.

Despite Palmer's recent struggles, the Cardinals appear to come out as winners of the latest quarterback carousel, though Oakland isn't far behind after acquiring Flynn and salary relief. Here's a look at what to expect from each thrift shop quarterback in 2013 and beyond.

Carson Palmer's likely trade to Arizona represents his last gasp as an NFL starting quarterback. Palmer should be able to easily beat out the competition in Arizona for the starting quarterback gig. After all, it is only Ryan Lindley, John Skelton, Brian Hoyer and Drew Stanton on the roster.

It's not a guarantee, however, that Palmer will be anything more than a band-aid for Bruce Arians and the Cardinals. Palmer will turn 34 toward the end of the 2013 season, and he's certainly not going to be the face of the franchise for Arizona.

Palmer, however, could have a resurgence in the desert, similar to Kurt Warner's. Arians' offense is predicated on stretching the field, and while Palmer has lost his elite arm strength, he is still capable of throwing a decent deep ball. Palmer set a career-high in yards-per-attempt in 2011 at 8.39, and his 7.11 yards-per-attempt average in 2012 was higher than any of his final three seasons in Cincinnati.

With Larry Fitzgerald as his top target and an indoor stadium for eight home games, Palmer could very well find late-career success in Arizona. If he fails, however, it'll almost certainly spell the end of his career as a viable starting quarterback.

Matt Flynn will call a new team home for the second-consecutive offseason after being traded to the Raiders -- and for the second straight year, Flynn is expected to be the starting quarterback. 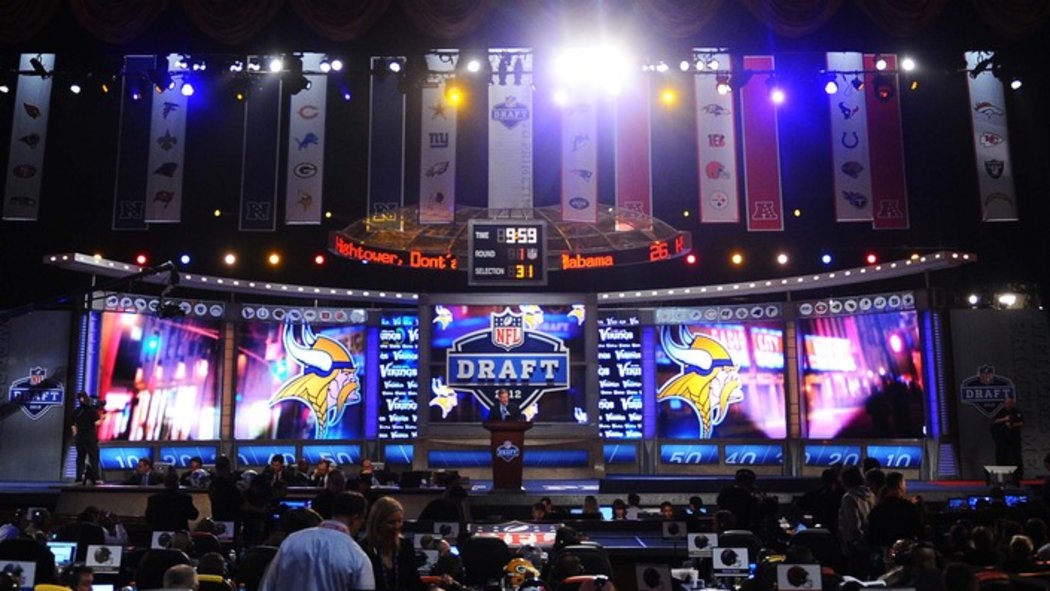 SB Nation's NFL blogs took over the 2013 NFL Draft. Check out the results.

The Seahawks signed Flynn last year with the intention of using him as their starting quarterback, but Russell Wilson's impressive training camp catapulted him past Flynn on the depth chart.

Flynn finds himself in a similar situation in 2013 -- he's expected to be the starting quarterback, but he's also expected to face competition from a young, athletic quarterback in Terrelle Pryor.

Unfortunately for both Flynn and the Raiders, Flynn is now forced to learn his third different offense in as many seasons and he's headed to a team with few weapons at the wide receiver position.

With just 141 career pass attempts, Flynn is still an unknown in the NFL. The Raiders are betting that he is capable of being a starting quarterback, and he could yet prove to be. It's just unlikely he'll enjoy a high level of success in 2013. There will be a learning curve for the Raiders and Flynn.

Buffalo cut ties with Ryan Fitzpatrick just one year after signing him to an ill-advised long-term contract extension. Instead of handing the starting job to a rookie or Tarvaris Jackson, the Bills signed Kevin Kolb to a two-year deal worth $13 million.

Now a six-year veteran, Kolb hasn't appeared in more than nine games in a given season. In 34 career games, Kolb has completed 59.5 percent of his passes while throwing for 5,206 yards, 28 touchdowns and 25 interceptions while fumbling 16 times.

It's highly improbable that Kolb will be anything more than a veteran stopgap quarterback for the Bills and his presence isn't going to stop Buffalo from drafting a quarterback in April if that's what new head coach Doug Marrone plans to do.

If he remains healthy, Kolb will likely put together a solid 2013 campaign, but there's nothing to suggest that he'll blossom into a Pro Bowl-quality quarterback at this point in his career.

Arizona head coach Bruce Arians brought Drew Stanton to the desert with the intention of using him as the Cardinals' starting quarterback. With Carson Palmer on the verge of being an Arizona Cardinal, it's unlikely that Stanton will be Arizona's starter. And that's good news for Arizona fans.

Stanton served as Andrew Luck's backup quarterback last season and clearly knows Arians' offense. That doesn't make Stanton a good quarterback. Stanton hasn't thrown a pass in a regular season game since the 2010 season when he was with the Detroit Lions. For his career, Stanton has completed just 55.6 percent of his passes for 1,158 yards, five touchdowns and nine interceptions.

In addition to Stanton's own poor career numbers and experience, Arizona quarterbacks ranked among the league's worst in 2012, setting the bar remarkably low for performance expectations.

Stanton does have knowledge of Arians' system, so Cardinals fans should, at the least, be relieved that Stanton is the team's backup quarterback -- but that's all Stanton should be.

• Could Carson Palmer land in Arizona?