Eleven days. Eleven days is all it took for Rolando McClain to risk a new start with the Baltimore Ravens.

McClain was arrested on Sunday night in Decatur, Ala., and charged with disorderly conduct. In the grand scheme of things, McClain didn't do much: he allegedly refused to follow a police officer's orders to leave Pines Park, and began swearing at authorities, leading to his arrest.

A guide to NFL Draft rumors 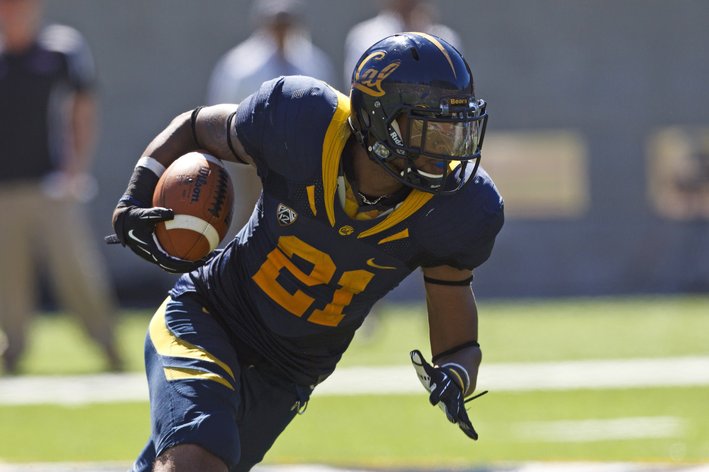 April gets called "Silly Season" in the NFL for good reason. Monday's NFL Debrief takes a look at some of this year's draft rumors and how they got started.

If this were McClain's first time on the wrong side of the law, it would simply be a footnote to his football story. Unfortunately, it's not.

McClain enjoyed an illustrious collegiate career with the Alabama Crimson Tide. Under Nick Saban's tutelage, McClain was the top linebacker in the country as a junior in 2009, winning both the Butkus and Lambert Awards, in addition to being named an unanimous All-American.

Saban, McClain and the Crimson Tide would go on and win the BCS title in 2010, prompting McClain to forego his senior season and enter the 2010 NFL Draft.

The Oakland Raiders drafted McClain with the No. 8 overall pick of the 2010 NFL Draft -- making McClain the highest-drafted Alabama linebacker since 1990, when the Buccaneers selected Keith McCants.

Oakland's selection of McClain was viewed as a reach by some at the time, though not to the same extent as Oakland's selection of Darrius Heyward-Bey. ESPN draft guru Mel Kiper ranked McClain No. 9 on the second version of his "big board" prior to the draft, and had McClain pegged as the top inside linebacker in the entire draft class.

The Raiders drafted McClain with the hope that he would stabilize Oakland's run defense. McClain was praised for his "exceptional instincts."

Unfortunately, McClain didn't help the Raiders much on the field. During his rookie campaign, he recorded 85 tackles, and improved in his sophomore year, recording 99 tackles and five sacks -- but McClain's 2011 numbers simply don't tell his whole story.

In Dec. 2011, McClain was arrested and eventually found guilty on third-degree assault, menacing, discharging a firearm and reckless endangerment charges stemming from a shooting incident in Decatur. McClain put his pistol next to a victim's head, and despite the victim begging McClain not to shoot, McClain discharged his firearm next to the victim's ear.

McClain was sentenced to 180 days in prison, but filed an appeal -- and the charges were eventually dropped in 2012. McClain and the victim likely reached a sizable settlement -- a price worth paying for McClain in order to avoid jail time, and a suspension from the NFL.

Despite having charges dropped against him, McClain struggled in 2012, and was eventually benched by Raiders head coach Dennis Allen after poor play. McClain brought his off-the-field temperament to an Oakland practice in November, and was kicked out of practice because of an "incident."

McClain took to Facebook to voice his displeasure, writing that he's "no longer an Oakland Raider," while still collecting paychecks from the Raiders organization.

After Oakland's season ended, McClain was arrested -- again. And again, the incident happened in Decatur. An officer pulled McClain over for a window tint violation. McClain provided a false name to the police officer, leading to his second arrest in 13 months.

It took nearly four months, and a second arrest, but McClain received his wish: the Raiders released him in March. Through three seasons the league saw McClain's pass-coverage abilities exposed and his off-the-field incidents highlighted.

Even though McClain's record indicates that he's a liability off and on the field, the defending Super Bowl champion Baltimore Ravens took a chance on him. And why not? Baltimore lost several key members of its defense this offseason, and McClain did show signs of life as a football player early in 2012.

Though Ray Lewis and Ed Reed are gone, Baltimore couldn't have been a better landing spot for McClain. It's a model organization that knows how to win. It's also an organization synonymous with defense -- and getting the most out of its players. Ozzie Newsome was willing to absolve McClain of his off-the-field sins and give the former Crimson Tide linebacker a chance at redemption.

Instead, it took McClain just 11 days to find himself handcuffed yet again.

Once known as a great leader with Alabama, McClain's fall from grace leaves him at the mercy of the Ravens and the NFL. Baltimore is doing its due diligence on McClain's third arrest. McClain's contract does not include guaranteed money, making it easier for the Ravens to release him. At this point, however, McClain is left waiting and wondering whether he ruined the opportunity before him.

• Darrelle Revis is a Buccaneer

• An early look at fantasy rookies