Eric Fisher is the first to shake Roger Goodell's hand, as the Chiefs decided on the 6'7 left tackle out of Central Michigan with the first overall pick.

Eric Fisher of Central Michigan is the first overall pick in the 2013 NFL Draft, the highest player ever selected from the MAC and a surprise after months of speculation had Luke Joeckel as the likely first pick. Fisher was listed as the 10th-best prospect overall and No. 2 offensive tackle in draft rankings by SB Nation's Dan Kadar.

The Chiefs have been on the clock since the final whistle of the 2012 season, but their selection didn't become clear until the final hours before the draft. At first, it seemed as if they'd go with a quarterback, considering their quarterbacks for a 2-14 season were Brady Quinn and Matt Cassel. But common wisdom said that there was no clear-cut franchise quarterback in the draft, and when the team traded for Alex Smith, a former No. 1 pick himself, quarterback was no longer a need. 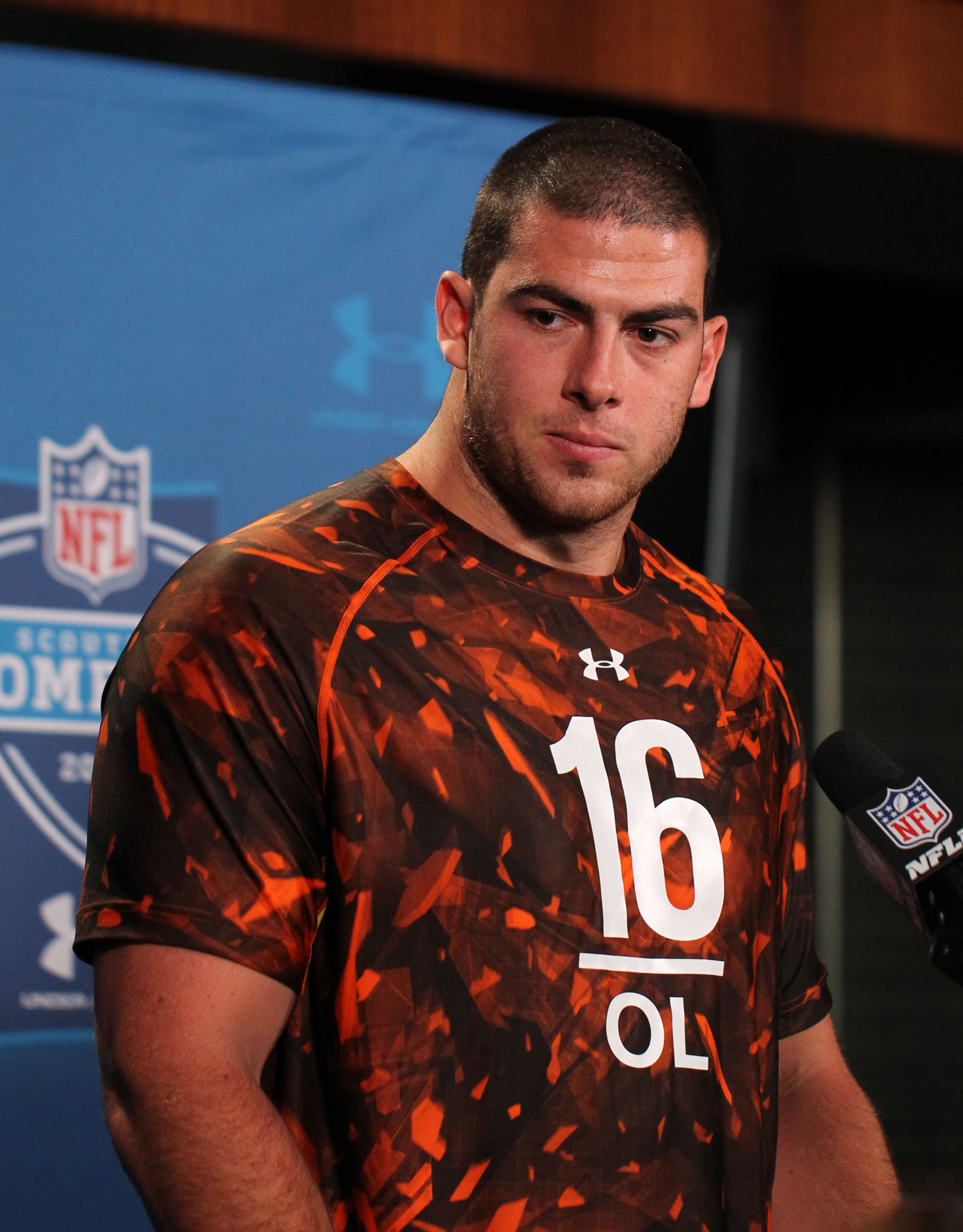 Eric Fisher was widely considered one of the lesser recruits in Central Michigan's 2009 recruiting class, rating behind three other offensive linemen in the Chippewas' haul. He left as a surefire top 10 draft selection and potential top pick. A textbook late bloomer, the former high school quarterback added 45 pounds in his four years at CMU and now makes his name as a resolute pass protector.

So it seemed they'd take the best player available, generally considered to be one of the elite offensive tackles such as Texas A&M's Joeckel or perhaps Fisher, someone who didn't get a lot of attention playing at a mid-major in college. The problem? The team already had a left tackle, Branden Albert, a former first-round pick himself who was handed a franchise-tag in March.

The team has seemingly agreed to a trade with the Miami Dolphins for Albert, and although that's on hold for now it seems likely they'll deal their incumbent starter, opening up the position for their new top pick. As the day wore on Thursday, it became clear that the team would opt for Fisher over Joeckel, ending the drama. If Albert is out of the picture, Fisher will probably start right away and protect Smith's blindside for the near future.

Fisher made 34 starts along the offensive line in his time at Central Michigan, but didn't truly blossom into an elite talent until his senior year. His only accolade prior to last season was a third-team All-MAC selection as a junior. In 2012, Fisher was named first-team All-MAC as well as third-team AP All-American. Standing taller than 6'7 and weighing more than 300 pounds puts Fisher at a prototypical size for a tackle in the NFL, and that played a big part in his first-round selection.

Athleticism is likely Fisher's biggest asset, and Kadar believes that allows him to move quickly to and protect a larger area. After his obvious size, the first thing one notices about Fisher is his footwork. The former high school basketball player is nimble working laterally and beat pass-rushers to the edge. Because he's so athletic and quick-footed, Fisher can cover a wide area in pass protection.