Kenny Vaccaro was selected by the New Orleans Saints in the first round of the 2013 NFL Draft. The versatile safety has the athleticism to blossom into one of the league's best.

The New Orleans Saints selected Texas safety Kenny Vaccaro with the No. 15 overall pick in the first round of the 2013 NFL Draft. Vaccaro is rated as the No. 16 overall prospect and No. 1 safety in this year's draft class by SB Nation's Dan Kadar. 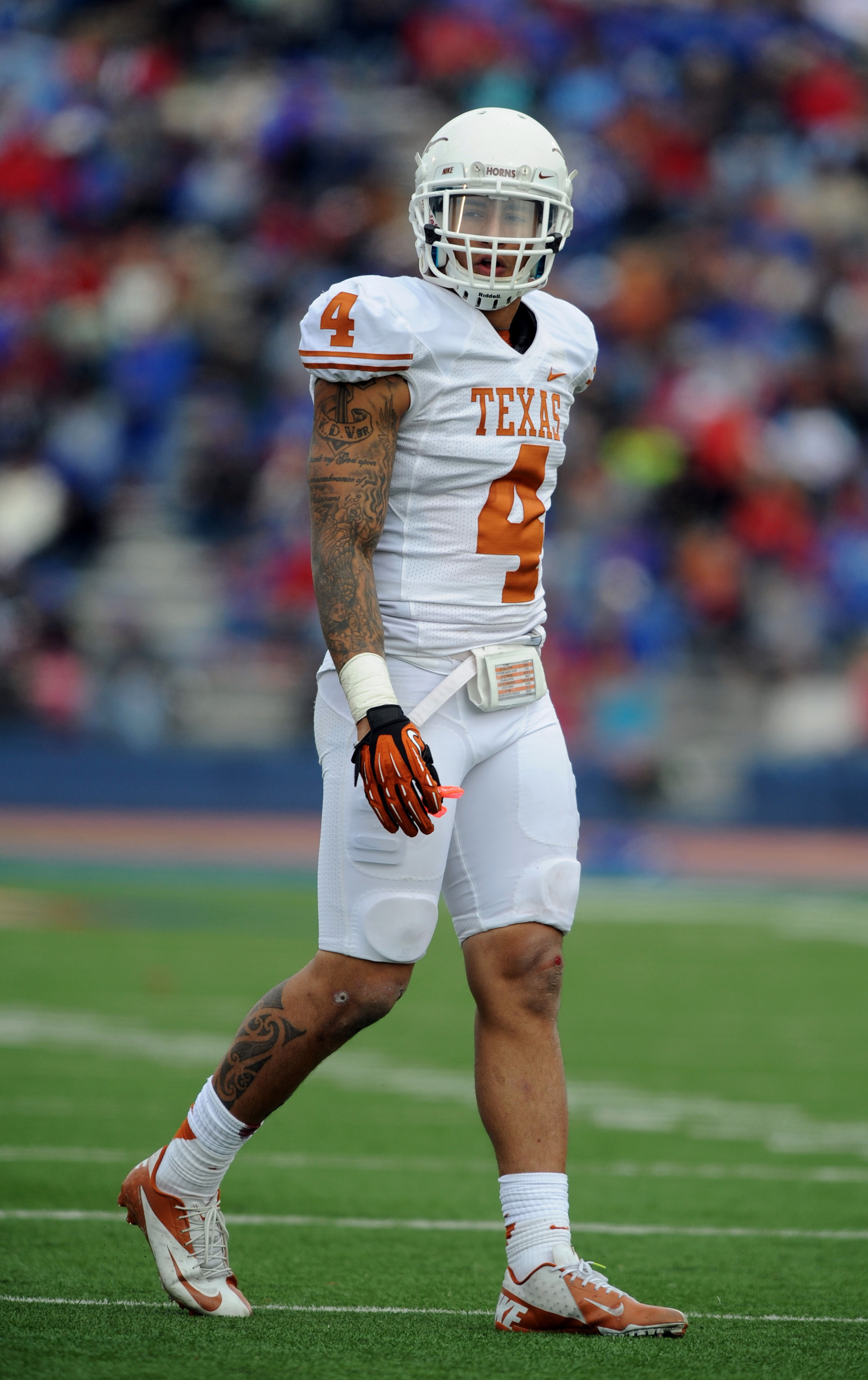 The Texas Longhorns are facing a significant task this offseason in replacing the diverse skills of safety Kenny Vaccaro, who departs the 40 Acres after four occasionally brilliant and sometimes frustrating seasons at Texas. The buzz around Vaccaro increased in recent days as draft analysts break down film on the safety with remarkable coverage skills for his position and there has been plenty of praise, helping to boost projections of Vaccaro well into the first round.

Vaccaro was used all over the field by the Longhorns last season and was able to rack up a team-leading 92 tackles. His athleticism is his biggest asset, as he showed off in a segment of ESPN's Sports Science earlier in April. Vaccaro can play the run and the pass in man or zone coverage with natural instincts for the position and excellent change-of-direction ability.

While Vaccaro has a complete skillset, he isn't necessarily an elite prospect, as Matthew Fairburn points out in his scouting report. Vaccaro could be inconsistent, suffering attention lapses that led to big plays against the Longhorns. He is also more quick than fast, something that was evident when he ran a 4.63 in the 40-yard dash at the NFL Combine in Indianapolis.

The Saints finished the 2012 season with the worst defense in the league and Kenny Vaccaro, the draft class' best safety, should be able to step in right away as a starter who can shore up the team's secondary. When playing against Matt Ryan, Cam Newton and Josh Freeman twice every year, and with the talented wide receivers in the division, a safety like Vaccaro should be able to help the Saints rebound from their abysmal defense in 2012.

Vaccaro earned first-team All-Big 12 honors last season after racking 92 tackles, 3.5 tackles for loss, two interceptions, seven passes defensed and two forced fumbles. He earned in playing time in each of his four seasons with the team, and was full-time starter over his final two seasons. He did not miss a single game due to injury, though he was unable to run at Texas pro day to due an issue with his hip flexor.

• The worst NFL draft picks of the century

• What does your team need? Breaking down every team