The Jaguars, Texans, Bucs and Falcons each invested in their secondaries and received praise. Meanwhile, the Jets and Chargers opted to take two of the guys everybody thought would go in the first round in Geno Smith and Manti Te'o and got mixed reviews.

Share All sharing options for: NFL Draft Grades after 3 rounds

Almost half of the NFL Draft is done, and the most valuable players in the class of 2013 are already off the board. How are teams stacking up in the early going? 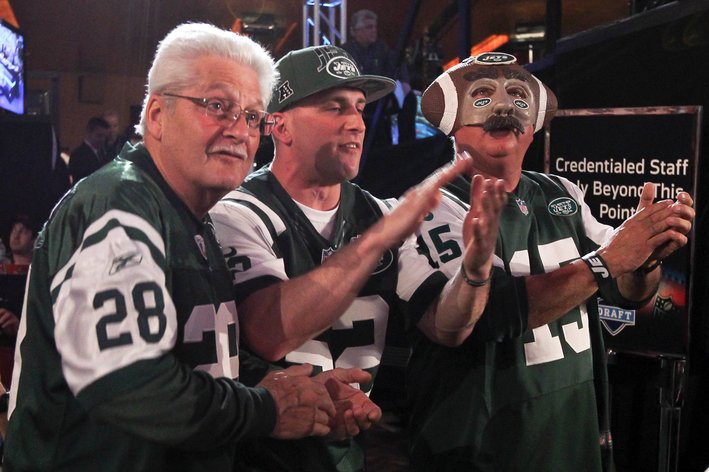 Geno Smith has a new home. Matt Barkley is still waiting to find one. A look back at the highlights and lowlights from the second day of the draft.

Depends who you ask, obviously. We're personally partial to Dan Kadar, editor of SB Nation's Mocking the Draft, who has NFL Draft Grades for the first three rounds, but we took a division-by-division look at how various draft experts are grading the NFL Draft through the first few days.

From E.J. Manuel to the Bills to Geno Smith to the Jets, our collective eyebrows are raised over the confusing moves AFC East teams are making.

The Bengals have added some interesting weapons. Tight end Tyler Eifert and running back Giovani Bernard were arguably the best at their positions in the draft, and Margus Hunt is an intriguing prospect, if raw.

The Texans and Jaguars each got good grades for adding to their defense, while the Colts only had one pick - and it was sort of a dud.

Everybody's taking tight ends! The Eagles, Redskins and Cowboys each nabbed a TE, while the Giants focused on beefing up their defensive line.

Not many NFC North teams made moves Friday night, but the Packers' selection of Eddie Lacy drew praise and criticism.

The Buccaneers and Falcons have each beefed up their secondaries, with Atlanta nabbing Desmond Trufant in the first and Robert Alford in the second, while Tampa Bay added Johnthan Banks and also some guy named Darrelle Revis.

The Cardinals decision to take Tyrann Mathieu is going over pretty well considering how shocking a pick it supposedly was, while the Rams are drawing rave reviews for pairing West Virginia wide outs Tavon Austin and Stedman Bailey in the pros.

• Matt Barkley goes to Philly, will compete for starting job