The last day of the draft is when teams can find real bargains. Let's look and see how the AFC West fared on Saturday.

The AFC West is an odd division. The Denver Broncos are clearly in a position of strength. The Kansas City Chiefs are in the midst of a total rebuild, and the Oakland Raiders and San Diego Chargers are somewhere in between. Each of these teams could use some good value picks in the late rounds of the 2013 NFL Draft, but not all of them necessarily got them. Let's check and see how the AFC West teams did on Saturday. 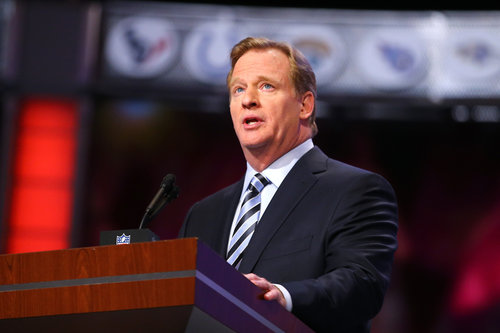 How did your team do in the 2013 NFL Draft? Take a run through the division-by-division breakdowns of grades for all 32 teams.

The Broncos grabbed a pair of underrated players early on Saturday in Western Kentucky defensive end Quanterus Smith and Georgia wideout Tavarres King. Smith is coming back from an ACL injury, otherwise he would have been gone before the fifth round. The other interesting pick Denver made was Miami (Ohio) quarterback Zac Dysert, who was hyped by many to go before Saturday. The Broncos are supposedly high on Brock Osweiler, but Dysert may be on the scene to push him.

Kansas City grabbed a pair of experienced SEC defenders early on Saturday with Alabama linebacker Nico Johnson and Georgia cornerback Sanders Commings. It could be difficult for Commings to see much playing time next year, considering the Chiefs' free agent additions, but Johnson could fill in right away. They also added an Ivy Leaguer in the seventh round, picking up Princeton defensive end Mike Catapano.

The Raiders had seven picks on Saturday, but picked up their biggest addition with their first one in Arkansas quarterback Tyler Wilson. Wilson was originally thought to be a first- or second-round pick, but dropped all the way down to the fourth. They also added a pair of tight ends in Colorado's Nick Kasa and Tennessee's Mychal Rivera, as well as small-school defensive end prospect Michael Bass from Missouri Western State.

CBS: C
San Diego only had three picks in the final four rounds, and they didn't manage to add any impact players. They added Cal cornerback Steve Williams, but he isn't more than a depth option at this point. The best chance for a late-round contributor for the Chargers is probably FIU defensive end Tourek Williams, who has the size to play as an end in either the 4-3 or even 3-4, if he adds a little bulk. The most interesting pick, though, is clearly Southern Utah quarterback Brad Sorensen, who is a big bag of tools but extremely raw. The Chargers passed over several quarterbacks that were figured to be drafted higher, including Tyler Bray.