2013 NFL Draft grades: Winners and losers from a long weekend

The highs and lows and some of the in-between from three days of drafting.

Share All sharing options for: 2013 NFL Draft grades: Winners and losers from a long weekend

That's it. The 2013 NFL Draft is over. For front offices, fans and players, the honeymoon period begins. Each player picked this weekend, the guys with the ceremonial jerseys and the ones you had to Google, has the chance to be a difference-maker for their teams. Everyone's a winner!

Not really. There were some losers this weekend too. Join me for a look back at the draft's highs and lows in easily digestible paragraphs from one exhausted editor who watched the whole thing. 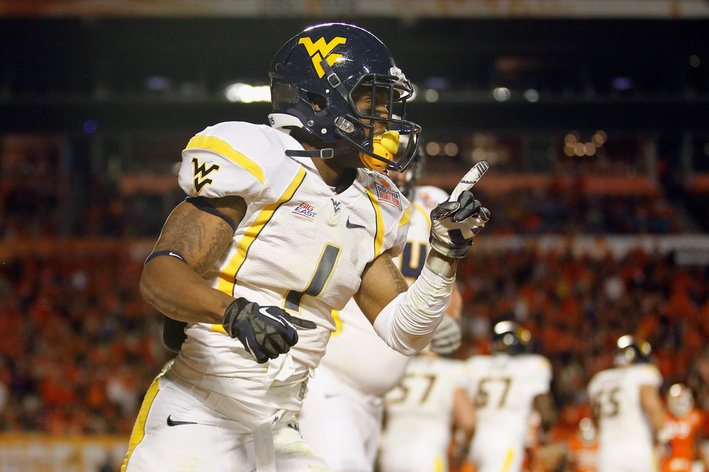 Not many are picking the Ravens to repeat in 2013. Too much turnover.

Baltimore didn't stop with the Super Bowl in February. Newsome and his staff locked up Joe Flacco, cleaned up their cap and breezed through free agency, picking up a solid mix of veteran contributors, highlighted by Elvis Dumervil. Newsome also added to the depth chart and found a bevy of cornerstone players through seven rounds of the draft. Matt Elam and Arthur Brown should find their way into big roles with the Ravens defense.

This used to reliably be the worst division in the NFL. Not anymore.

The Seahawks and 49ers loaded up this weekend. I felt like San Francisco got a steal in the second round with Tank Carradine. I liked Seattle's choice of Christine Michael, and they got a steal in the fifth round with Alabama defensive tackle Jesse Williams. The Rams' trade up to get Tavon Austin gives them their first bona fide playmaker at the receiver position since Torry Holt and Isaac Bruce. Even Arizona acquitted itself well with Jonathan Cooper to anchor the league's worst line and a pair of LSU defenders, LB Kevin Minter and CB Tyrann Mathieu.

We've entered a golden age for NFL general managers. Today's front office guys cut their teeth as junior personnel men after the league moved to the salary cap system in 1994. It's produced a generation of savvy leadership that understands the role and, more importantly, the value of positions and players. Want proof? Look no further than Tom Telesco's first draft as San Diego's GM.

Some thought No. 11 was a little high for Alabama's D.J. Fluker, who is strictly a right tackle. Maybe, but this move helps a beleaguered line and creates more running opportunities for Ryan Mathews to finally live up to his potential. Manti Te'o gives them a reliable inside linebacker. Keenan Allen in the third round might be Telesco's best pick. He'll be the receiver who free agent bust Robert Meachem never was after A.J. Smith signed him to a four-year, $26 million deal. Cal cornerback Steve Williams is a sneaky pick who helps a threadbare secondary. These are the kinds of draft picks that will push the Chargers to something better than hovering around .500.

Okay, so after all that about general managers getting smarter, there are still some pretty simple rules to follow. The best conference in college football saw 63 players from its 14 teams picked this weekend, 24.8 percent of all players selected.

Green Bay's offense hasn't averaged more than 3.9 yards per rushing attempt since 2009. That puts even more pressure on the perennial MVP candidate. Expect that to change this year with both Eddie Lacy and Johnathan Franklin in the backfield.

I thought the announcers screwed up when they said "running back" after calling Robinson's name. Nope. They were right, or at least Jacksonville was right. The league is evolving, and its vernacular is changing too. Jacksonville is changing too, for the better. Most importantly, the former Michigan quarterback brought this guy to his watch party. It was the highlight of a pretty boring draft.

Everyone said this was a down year for signal callers, and that certainly proved to be the case. No team wanted to invest much in any of these guys, outside of the Bills. E.J. Manuel probably was the best of the bunch, just in terms of his raw ability. Tyler Wilson, Oakland's fourth-rounder and the rookie I think has the most upside, could conceivably be starting this season. And, hey, Matt Barkley has a big chip on shoulder, so watch out.

The Jets have probably created more questions than answers with Geno Smith, because Jets. What could possibly go wrong with expectations like this:

Meh. That was my feeling about what the division's four teams here did. Miami probably had the best draft of the bunch, thanks to the Jamar Taylor pick and a heap of guys that could be role players. But I question the move up to get Dion Jordan. Pac-12 pass rushers have a tendency to disappear in the NFL, as Jason Kirk noted ahead of the draft. Jordan has just five sacks last season, down from a career high the year before of seven and a half.

The Jets should have taken D.J. Hayden over Dee Milliner, and was Milliner really the best player on their board at that point? USC wide receiver Robert Woods will probably end up as the best pick the Bills made. Nothing really stands out about the Patriots draft, except for Bill Belichick's home for wayward Rutgers players.

The Vikings drafted a punter, Jeff Locke from UCLA. Prepare for the inevitable outrage that Kluwe was cut for his outspoken manner. In reality, he's a league-average or below punter due $1.4 million in 2013, the final year of his current contract.

Taking Wisconsin center Travis Frederick in the first round is pretty much the consensus worst pick of the draft. Even worse, Frederick was the only offensive lineman the Cowboys came away with through all seven rounds. You'd think with the team's massive investment in Tony Romo, there would have been at least some grabs for depth in the middle and later rounds.

NFL general managers are getting more and more sophisticated about how they assemble teams. Not the Cowboys, and not as long as Jerry Jones insists on carrying on the spirit of Al Davis.

San Diego is the perfect landing spot for Te'o. It's one of the league's smaller markets that doesn't filter into the national media too often. It will take beat writers and broadcasters a month or two to get all those fake girlfriend jokes out of their systems. Once they do, Te'o can be another just NFL player. Lazy columnists will need to find another heel.

Have we surpassed the heyday for talking heads in the NFL Draft? On the one hand, these guys were more important than ever. Their expertise helped fans understand a confusing, mostly middling overall draft class. But just how much was that insight worth? They missed wildly on the picks, but that's not a serious quibble.

Predicting the draft is impossible. What stands out more to me than missed guesses is just how far apart the national experts are from team personnel departments. General managers are looking at and valuing players differently than they used to. The guys on television are not.

To add onto the rough weekend by draft experts, LSU coach Les Miles showed them all up as an on-air analyst for the NFL Network.