Tebow threw just eight passes during the 2012 season, as the Jets elected to play Mark Sanchez and Greg McElroy instead.

After one season with the New York Jets, Tim Tebow isn't expected to stick with the team for much longer. Rich Cimini of ESPN New York reports that the team is expected to release the quarterback after the 2013 NFL Draft.

Will the Jets draft a QB? 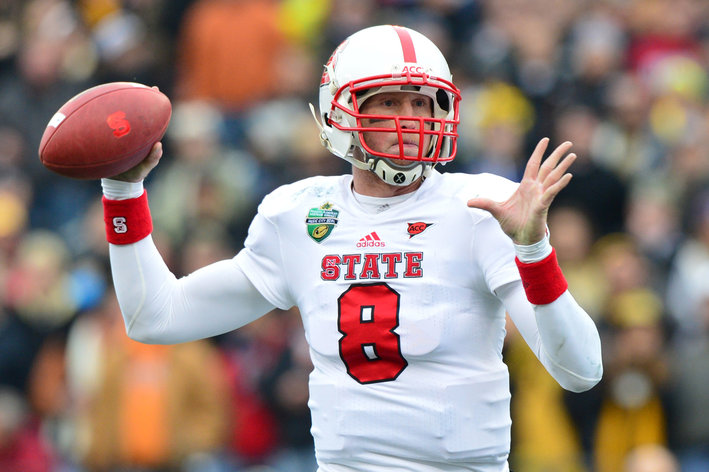 The second round of the SB Nation NFL blogger mock draft is underway. The armchair GMs at Gang Green Nation may have finally found an answer to the team's biggest question.

Despite his impending release, Tebow is expected to report to the Jets' facilities next Monday for the team's voluntary offseason workout program, along with cornerback Darrelle Revis, who has been the subject of recent trade rumors.

Tebow, 25, was acquired by the Jets from the Denver Broncos the prior offseason along with a seventh-round selection in exchange for fourth- and sixth-round picks; however, he made little impact during the 2012 season. As the Jets finished the season 6-10, including three consecutive losses to end the year, Tebow sat on the bench behind Mark Sanchez and Greg McElroy.

The Jets previously attempted to trade Tebow, but were reportedly unable to find a market. The question now is: will there be a market for Tebow when he's on the free agent market?

• Will more than one QB go in the first round?

• The next step for Mankind: Mick Foley's evolution