Jordan is still recovering from shoulder surgery. His timetable could put him up against the Dolphins' season opener against the Browns.

The Miami Dolphins showed a lot of faith in Dion Jordan when they traded up to No. 3 overall in the 2013 NFL Draft to select him. The former Oregon hybrid defensive end/outside linebacker is recovering from Februrary shoulder surgery to repair a torn labrum. The Dolphins hope he will be ready for the start of training camp, according to the Palm Beach Post. 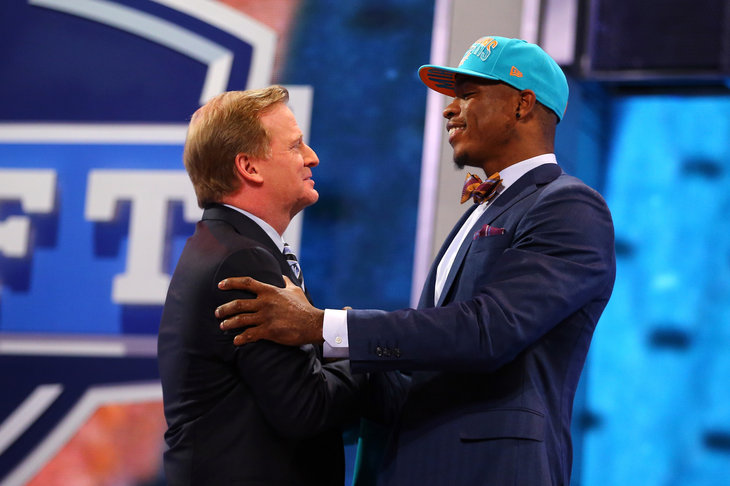 Summary or blurb about the related article

The injury typically takes 4-6 months recovery time, making it possible, if all goes well, for Jordan to report with his fellow rookies when Dolphins training camp open on July 26. The far end of the recovery window puts Jordan coming back in late August, well into the preseason up against the Sept. 8 season opener against the Cleveland Browns.

The Post reports that the Dolphins plan to bring Jordan along slowly. Even for a top draft pick, he'll need some time to adjust to the rigors of the NFL, not to mention a somewhat foreign 4-3 defensive scheme.

Jordan will, of course, miss offseason workouts as well, though he would have missed those regardless of his injury. NFL rules prohibit rookies from working out until after their school's graduation. Oregon commencment is on June 17, four days after the Dolphins wrap up minicamp.