Now that the 2013 NFL Draft has concluded, many of the top remaining free agents could see themselves signed to teams that didn't fill all of their needs with rookies.

The 2013 NFL Draft is over. Teams know exactly where they stand heading into training camp and the preseason. More than that, they know what holes they still have left to fill, which means the veterans still available on the free agent market could find themselves signed sooner rather than later.

Most, if not all of the headline names are long gone by now, but there's still plenty of potential value out there.

Below, we'll take a look at the offensive side of the ball and talk about who's left at each position, and what they could have to offer. 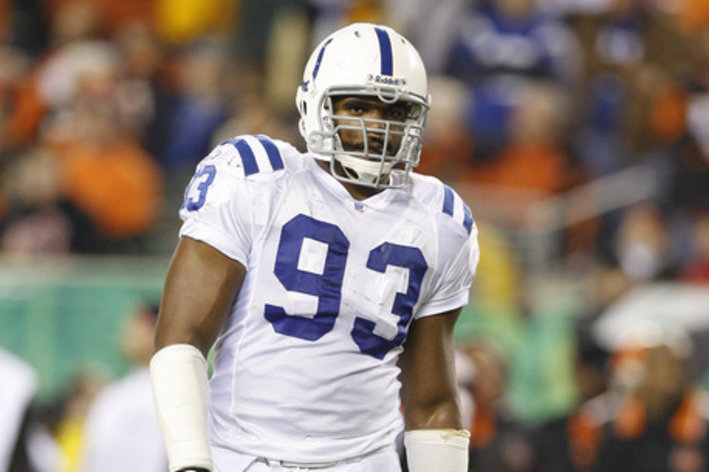 A handful of veteran defensive players are still waiting for a chance to continue their careers. Will teams come calling in the wake of the NFL Draft?

This is a market devoid of starting potential at this point, but there are still some potentially valuable backups. Vince Young has been trying to make his return to the league, and Tim Tebow is out there if a team happens to be looking for that kind of thing. Matt Leinart might be an intriguing option for some. Other players include Byron Leftwich, Tyler Thigpen and Trent Edwards.

Ahmad Bradshaw is still without a team. He was productive last season, and it was recently reported that he'd received medical clearance. One has to imagine he'll find a team for 2013 as teams get a better sense of their rosters. Beyond Bradshaw there are still some names worth looking into, such as Cedric Benson, Beanie Wells, Michael Turner, Felix Jones, Peyton Hillis and Kevin Smith. All of those players have been productive in the past and could be going forward. Many of them do come with injury concerns, however.

The wide receiver market has pretty much dried up, though there are still a few names worth looking into. Brandon Lloyd is the top name still available, but he hasn't drawn much interest since last month. He still seems to have some production left in him though, so him finding a team for 2013 seems likely. Laurent Robinson would be the next guy. His health and history with concussions is a concern. There's also Titus Young, if any team feels like it can manage his personality. Other names include Randy Moss, Josh Cribbs and Steve Breaston.

Reading the list of available tight ends is like a who's who list of the top tight ends of yesteryear. Dallas Clark can offer something as a locker room leader, and he has drawn some interest from the Tampa Bay Buccaneers for a return. Kellen Winslow, Todd Heap and Jeremy Shockey are also on the market, though how much gas is left in the tank of those aging veterans is up for debate. Other names include Visanthe Shiancoe and Chris Cooley.

There aren't many names still available here, but there are a couple would-be starters still floating around, such as Eric Winston and Winston Justice. Both of whom have received a good deal of interest, but no deals have been made yet. After those guys, Bryant McKinnie and Jared Gaither may still be able to start, but everybody after them would be backup material.

The guard market is seriously drying up, with Adam Snyder possibly being the best available name. Brandon Moore, Jake Scott, Deuce Lutui and Rex Hadnot are all names that are still out there, but none of them inspire much confidence. For centers, there's even less, with Dan Koppen being the only notable name at this point.

• Justin Blackmon's career at a crossroad

• The 10 most insane features of Atlanta's proposed stadium