The NFLPA could come down hard on Kim Miale, the new representative of Jets quarterback Geno Smith.

The NFL Players Association doesn't intend to lose credibility, and that means the group will "aggressively pursue" possible rule violations committed by Jay-Z and player-agent Kim Miale during their recruitment of quarterback Geno Smith, according to Mike Florio of NBC Sports' Pro Football Talk.

The blueprint: Geno's plan for the NFL 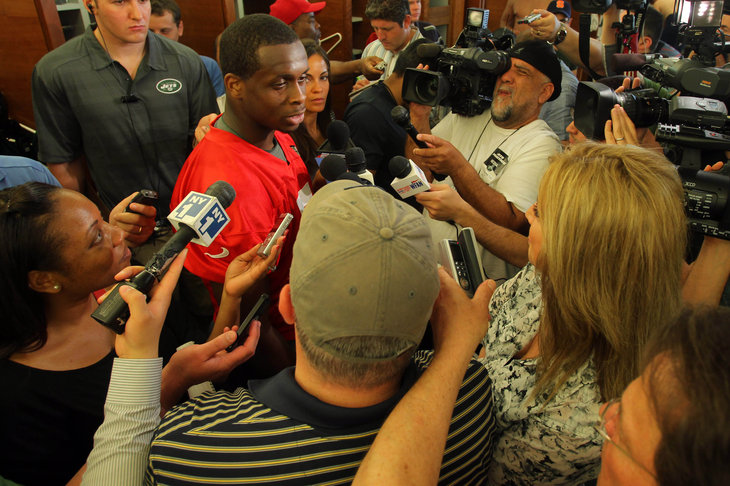 Smith, 22, was a second-round pick of the New York Jets and fired his representatives before hiring Miale over much more experienced options. Jay-Z is not a NFLPA-certified player representative, as he is only responsible for marketing. By the "runner rule," that means Jay-Z can not be used as a recruiting tool that helps persuade a player to sign with a representative.

A picture of Smith with Jay-Z from earlier in May is just one of many reasons to believe that Smith's selection of Miale could have been a violation of the "runner rule." That could mean harsh punishments for Miale, as Jay-Z's lack of NFLPA certification means he cannot be punished by the organization.

Smith was the second quarterback taken in the 2013 NFL Draft after E.J. Manuel of the Buffalo Bills and is expected to compete with Mark Sanchez for the starting position in New York.

• Shanahan: RG3 could be all-time great

• Jay-Z may have broken rules with Geno Smith