Tebow will spend his time with the Patriots reporting to the quarterback meeting room.

The Tim Tebow experiment in New England isn't going to be overly creative, as Ed Werder of ESPN reports that the former Heisman Trophy winner will only play the quarterback position with the Patriots after signing a two-year deal with the team on Monday. Tebow's contract with the team includes no guaranteed money, according to ESPN's Adam Schefter.

5 things to know about Tebow & the Pats 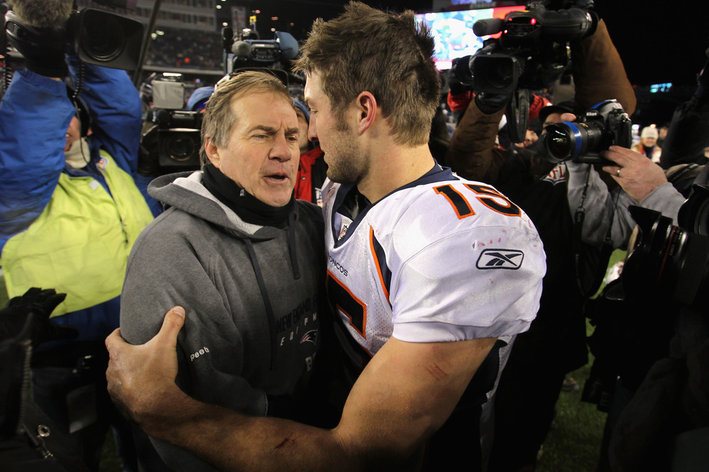 Is he a quarterback or not? Will this work? And why did the Patriots really sign him?

An earlier report from Mike Freeman of CBS Sports indicated that Tebow will "study a great deal" at the tight end position. In three NFL seasons, Tebow has not recorded a reception, although he did spend some time as a tight end with the New York Jets.

With the Patriots, Tebow figures to be the third-string quarterback behind Tom Brady and Ryan Mallett, as there is no other quarterback on the team's roster. However, the Patriots have elected to keep just two quarterbacks for the regular season in three of the past four seasons with 2011 as the sole exception.

Tebow, a first-round selection in the 2010 NFL Draft, played two seasons with the Denver Broncos before he was traded to the Jets in 2012. In three seasons, he has accumulated 2,422 yards passing with 17 touchdowns and nine interceptions.

• Reaction from New England | GIF: Tebow is ... The Patriot

• Video: Adam "Pacman" Jones charged with assault after this incident