Willie McGahee listed several teams he would be interested in playing for after the Broncos cut him, the Chargers team doctor has finally resigned amid years of criticism, and lots more in the SB Nation NFL huddle for Friday.

Chargers team doctor resigns. Normally this is not a story but this is Dr. David Chao who has brought us headlines such as: "Chargers' Doctor, David Chao, Has Chaotic Past" and "Still Not Fired: "Doctor" David Chao" and "NFLPA Requests Replacement for Chargers Team Doctor David Chao." Bolts From The Blue has the background here.

Broncos cut Willie McGahee and he has several suitors already. The release came as a surprise -- just 19 percent of voters in this Tuesday Mile High Report poll thought he would be cut. Now that he's cut, the teams to keep an eye on include the Dolphins, Cowboys, Packers, Chargers and Raiders.

Stevie Johnson had a broken back. No, really. A fractured back. Buffalo Rumblings has the details.

Landry Jones is officially a Steeler. The fourth round pick inked his deal as the Steelers canceled their final practice.

Digging deeper into Josh Gordon's suspension. Dawgs By Nature takes a fascinating look at the NFL's banned substances policy and compares it to Gordon's situation.

Colts offense is changing. How much? Stampede Blue examines recent quotes from Andrew Luck to continue the discussion.

"Can Mike Kafka start for the Jaguars?" is a real question Jaguars fans at Big Cat Country have to ask. 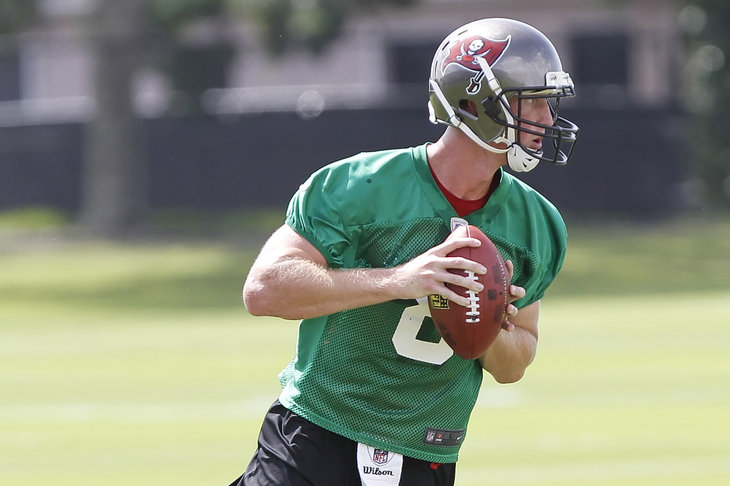 SB Nation spoke with dozens of rookies at the 2013 NFLPA Rookie Premiere in Los Angeles.

Marvin Lewis needs playoff wins. He's one of the most tenured head coaches in the NFL, yet doesn't have a playoff win. However, consider this from Cincy Jungle: "Since being named as the ninth coach in franchise history in early January 2003, the Bengals have had as many winning seasons (4) as they've had during the previous 20 years before Lewis (1982-2002)."

Inside the Victor Cruz and Hakeem Nicks negotiations. Big Blue View looks at what we know about the current state of negotiations and also has this reminder to Giants fans: "whatever the Giants pay Cruz that will only be the starting point for negotiations with Hakeem Nicks. And yes, that complicates matters a great deal."

Cowboys await training camp. Minicamp is done and Blogging The Boys breaks down the highlights of the offseason so far.

RGIII is getting married this summer. He also has to train for the season opener, coming off his ACL injury. Luckily, Hogs Haven has alist of the approved exercises for RGIII on his honeymoon.

The Lions were a clue on Jeopardy. Raise your hand if you knew Roary was the mascot.

Mike Williams nearing contract extension with Bucs. The numbers haven't come out yet but Bucs Nation predicts it will come in the $6 million a year range.

49ers sign player, who then tears his ACL. Brandon Carswell was signed before Wednesday's practice and then on Thursday the 49ers announced he tore his ACL. Season over.

The Rams have signed their entire draft class. After hearing that Rams coach Jeff Fisher once brought $1 million in cash in a Brinks truck to the facility to teach his players a lesson about taxes, this line from Turf Show Times about Tavon Austin's bonus money is perfect: "currently it's not known if the Rams gave Austin a check or if head coach Jeff Fisher just gave him the money in cash."