The NFL's sack king will now be given the Deacon Jones award, Brian Urlacher reiterates that he is not working out and does not plan to come back to the NFL and lots more from SB Nation's NFL blogs on Monday.

NFL unveils the Deacon Jones award, given to the sack leader. Mile High Report, who has a player in Von Miller who could be competing for this award, explains: "Jones felt that a sack devastated an offense in the same way a city was devastated when it was sacked. Prior to that, the term had been dump, as in 'dumping the quarterback' (thankfully that didn't stick, pop culture as we know it may have changed)."

Brian Urlacher says he's not making a comeback. "My agent , when I told him ... I just want to retire. He went through every scenario, what if so-and-so calls? What if they offer me $10 million? I don't want to play. I don't have a desire to play. I'm not in shape. I haven't been doing football stuff."

Bill Cowher was in a car wreck -- but he's fine. Behind The Steel Curtain writes: "A witness on the scene said both cars were significantly damaged, and noted it was 'amazing' no one was hurt."

No. 2 pick Luke Joeckel signs with the Jaguars. The highest draft pick yet to sign. Now we await, among others, the No. 1 pick in Eric Fisher and the No. 3 pick in Dion Jordan. Also, the fourth pick. 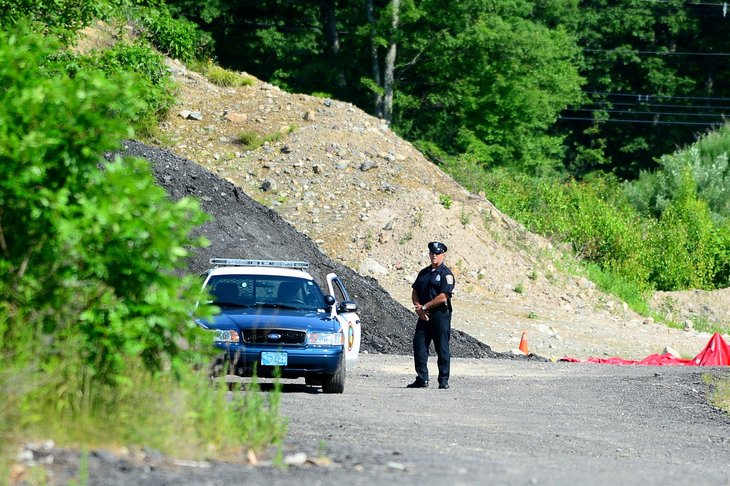 An arrest warrant for obstruction of justice has reportedly been prepared, but not issued, for the Patriots tight end as authorities continue to investigate the suspected murder of Odin Lloyd.

The most improved position group in the NFL this year? Your Tampa Bay Bucs secondary.

Your guide to Redskins training camp -- including the all-important run down of the local bars.

Browns players troll Cleveland fans during the NBA Finals. An interesting read on a somewhat unique situation from Dawgs By Nature.

Christian Ponder speaks! The Vikings quarterback talks about improving in 2013, the presence of new backup Matt Cassel and more.

Thomas Dimitroff named one of the NFL's top "power brokers." "Dimitroff is a skilled evaluator of talent, he's not afraid to make big moves, like the blockbuster trade to draft wide receiver Julio Jones, and he's willing to take chances on free agents if he feels like their veteran presence can enhance Atlanta's chances for success," The Falcoholic writes. "Sometimes it works out -- look at Tony Gonzalez -- and sometimes it doesn't -- Ray Edwards, ugh -- but Dimitroff has had more hits than misses through the draft and free agency in his brief career."

Giants considering Vonta Leach? "The Giants are apparently concerned enough about Henry Hynoski to be considering a major effort to sign Vonta Leach."

Keys for Vontae Davis on the Colts this season, via Stampede Blue: Stay healthy, improve run support and cut down on the penalties.

Tyler Bray battling Ricky Stanzi. Arrowhead Pride takes a look at which Chief will end up making the roster, with rumors of Stanzi currently leading Bray due to his understanding of the offense.

Raiders training camp field gets a face lift. Too bad the same didn't happen to their quarterback depth chart.

Our Jets blog, Gang Green Nation, asks what's the biggest mistake purchase you've made as a fan. This one is a contender: "That I own both a Brett Favre and a Tim Tebow jersey. . . . I believe I lose. . . . Even though they were given to me as gifts and were not purchased by me, I still feel regret for not exchanging them or something."