What to expect from Andrew Luck in his 2nd season

Andrew Luck had a solid rookie season, but there are plenty of reasons to think he can be even better in 2013.

Share All sharing options for: What to expect from Andrew Luck in his 2nd season

Despite being the No. 1 pick in the draft and setting a rookie record for passing yards, Andrew Luck was overshadowed at times last season by Robert Griffin III and Russell Wilson. Griffin won Rookie of the Year in a landslide while Wilson became a media darling for his rise to prominence despite his size and draft status. While all three had excellent rookie seasons, Luck could be the one to make the biggest jump in 2013. 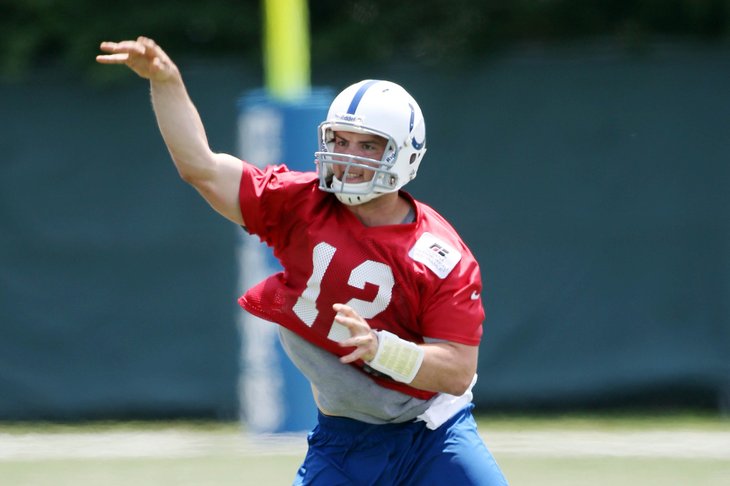 Unlike Griffin and Wilson who had the benefit of playing in the same backfield as the NFL's second and third-leading rushers, Luck received very little help from the running game last season. Pressure was an even bigger issue as Luck was sacked the fourth-most times in the league and faced more pressure than any quarterback since 2010, according to Doug Farrar of Yahoo! Sports. Luck should receive more help next season as the Colts addressed areas of need in free agency. Gosder Cherilus and Donald Thomas should help bolster the offensive line while Ahmad Bradshaw could be a significant upgrade at running back.

Improved protection should immediately lead to better results. Farrar wen't into detail on Luck's lack of success when pressured and the numbers are significant:

As with just about every quarterback, Luck saw his efficiency go down fairly seriously in these instances -- his DVOA (FO's opponent-adjusted per-play efficiency metric) was 28.3% without pressure, and minus -51.9% with pressure. He accounted for 7.4 yards per play when unpressured, and 3.8 yards per play in pressure situations.

Changes in offensive scheme will also play a major role in Luck's development. After a season with Bruce Arians as his offensive coordinator, Luck will now be coached by his former college offensive coordinator Pep Hamilton. While Arians favored a down-field passing attack -- Luck attempted more passes of 20 yards or more than any quarterback last season according to Pro Football Focus -- Hamilton is expected to put a bigger emphasis on the ground game. 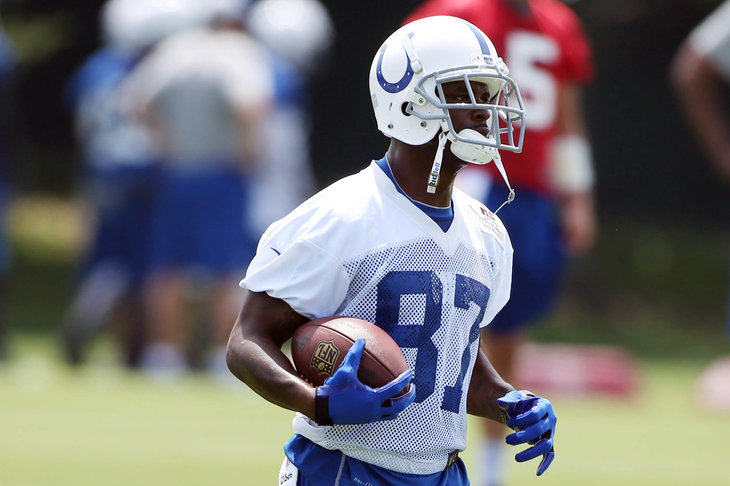 Summary or blurb about the related article

Those factors alone should mean a better Andrew Luck in 2013, but how good can he be? Josh Wilson of Stampede Blue mentioned Luck as a possible MVP contender next season:

There's no reason to think that he won't be better in 2013. Equipped with a new but familiar offense, a retooled offensive line, and better receiving threats, Luck could take the league by storm. Perhaps it is unfair to say this about a guy entering his second year, but I fully expect him to emerge as one of the NFL's best signal callers and I expect him to enter into the MVP race in 2013. Yes, I'm serious. This guy is as good of a young quarterback as I have ever seen - in fact, I have never seen a guy have a more impressive rookie season than Luck did. His numbers absolutely will improve in 2013 and his play will too.

Luck will forever be compared to his rookie counterparts, so why should we think he'll be more improved than Griffin and Wilson next season? For one, he has more room to improve. Griffin will be challenged to repeat, yet alone improve on his four-to-one TD/INT radio and 65.6 completion percentage. Wilson will be tasked with carrying his strong second half through an entire season. It would be hard to be much better statistically than Griffin and Wilson were last season while Luck should be able to improve his completion percentage dramatically while also cutting down on his 18 interceptions.

He may not set any records for passing yardage this season, but with a better supporting cast and a more familiar offense, Luck could claim a spot among the NFL's elite in 2013.

• No. 2 pick Joeckel signs with Jags