Desmond Bishop picks a new team but remains in the NFC North, Vonta Leach remains on the market and more from SB Nation's NFL blogs on Tuesday.

Desmond Bishop stays in the NFC North. The former Packer signed with the Vikings. The Minnesota reaction can be seen here and the Green Bay reaction is here.

Dolphins are considered the favorites for Vonta Leach, but multiple teams are still involved, including the Ravens. Leach is the top free agent remaining.

Anquan Boldin is spending his offseason as a lobbyist. Niners Nation caught up with Boldin to talk about his summer.

For the first time since 2007, the Chargers made tweaks to their uniforms.

Contract extension coming for Jeremy Maclin? One report says the discussions have started.

Ziggy Ansah is keeping his 2013 goals to himself. The explanation makes sense: "If I tell you I'm going to get 10 (sacks) and I get nine, what are you going to say?"

Has Reggie McKenzie done a good job in his 17 months in Oakland? Raiders fans at Silver and Black Pride say yes. 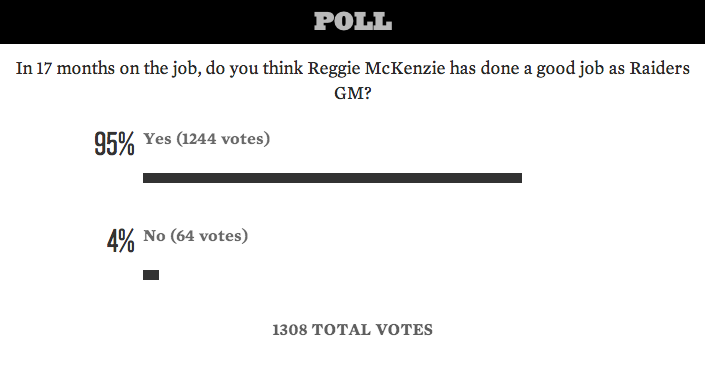 Speaking of the Raiders ... the firing of PR director Zak Gilbert last month raised some eyebrows across the league. Gilbert wasn't out of work long -- he was just hired as the Browns VP of communications.

The top three Bengals with the most concerns: Andrew Whitworth, Rey Maualuga and Mike Nugent.

Who is the Falcons most overrated player?

Geno Smith says he is getting better. "I've already made a giant leap," Smith said, via Gang Green Nation. "Coming from a spread system where the biggest transition for me is going to be the footwork. It's not as if I can't do it, it's the fact that I haven't done it enough."

Odds for the 2013 NFL season are out and the Steelers have better odds than both the Ravens and Bengals to make the AFC Championship and the Super Bowl.

Blogging The Boys takes a look at whether this will be a breakout year for Tyron Smith.

Chris Polian ready for a new start in Jacksonville. But before we start anew, Big Cat Country explains why it's important to remember Polian's failures in Indianapolis: "While the hire of Chris Polian immediately came with laughter from Colts fans and worry from Jaguars fans, Caldwell does make a good point in regards to Polian knowing the 'pitfalls' of being a general manager in the NFL. Polian has failed in the new job that Caldwell has taken, and you can always learn quite a bit from failure."

Robert Woods shouts out the Bills mafia from the NFLPA rookie premiere. Via Buffalo Rumblings:

A New York Giants player will be missing the first four games of the season (if he makes the team).

Richard Sherman will never disappear. Or a breakdown on why he's great.