The Lions added another piece to their defensive line rotation, signing Israel Idonije to a one-year deal.

The Detroit Lions have signed defensive lineman Israel Idonije to a one-year contract, according to Pro Football Talk. Financial terms of the deal have not been disclosed at this moment.

Breaking down the Idonije signing 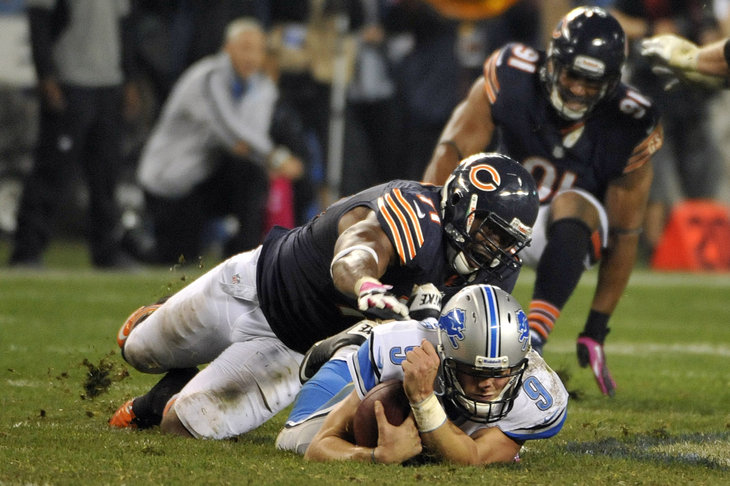 Idonije, 32, has spent his entire career with the Chicago Bears, logging 28.5 sacks over nine seasons. He recorded 7.5 sacks last season. The Bears opted to let him walk in free agency, and the Tennessee Titans and San Francisco 49ers were both interested in the veteran lineman.

Idonije has experience at both the end and tackle positions. While Ndamukong Suh and Nick Fairley are both entrenched at the DT spots, Idonije should settle into a rotation with Jason Jones and rookie Ziggy Ansah. Jones also has experience at end and tackle, and GM Martin Mayhew says he will start at left end and play tackle on third downs. Idonije may end up getting the majority of snaps at right end while the raw prospect Ansah gets eased into the NFL.