3 steps to success: Can Matt Schaub push the Houston Texans over the top?

The Texans are one of the few teams with a realistic chance to win the Super Bowl in New York.

Share All sharing options for: 3 steps to success: Can Matt Schaub push the Houston Texans over the top?

The Houston Texans have been to the AFC Divisional playoffs twice in the last two seasons, failing in each year to make it into the AFC Championship.

In 2011, an injury-riddled team led by T.J. Yates beat the Cincinnati Bengals in the Wild Card round before falling in a hard-fought game to the Baltimore Ravens, leading to high expectations in 2012.

More: Extended coverage of the Texans at Battle Red Blog

Last season, Houston came flying out of the gates with a 11-1 record before faltering down the stretch, losing three of the last four regular-season games. Ultimately, the Texans once again beat the Bengals to open the postseason before getting waxed by the New England Patriots.

Now, Houston looks to take it a step or two further in a wide open conference.

1. Matt Schaub must be consistently terrific

Is Antonio Smith next? 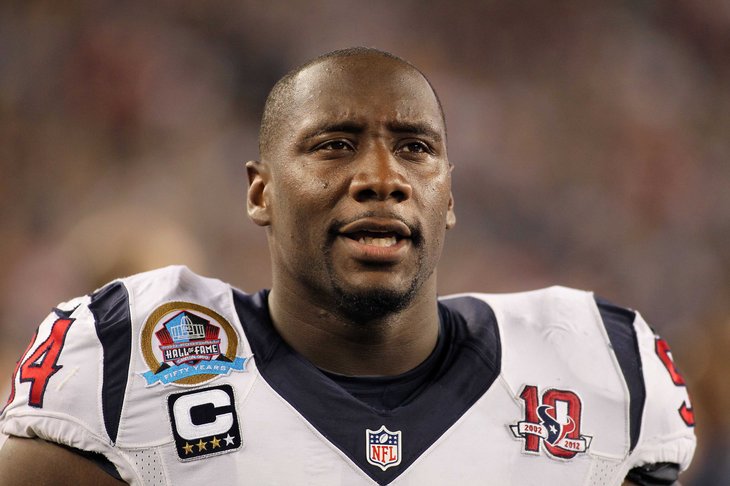 Schaub was red-hot last season early on before sputtering as the weather became colder. Overall, Schaub had a solid campaign, throwing for 4,000 yards and 22 touchdowns against only 12 interceptions.

However, Schaub only completed more than 61 percent of his passes once over the last six contests of the regular season. During that same time period, Schaub tossed a meager four touchdowns and three picks.

Schaub needs to be a star when it's crunch time instead of shrinking in the spotlight.

2. Arian Foster must continue his greatness

Foster is the lynchpin of the offense, and needs to keep playing like one of the best running backs in football. The former undrafted free agent not only gained 1,424 yards, but caught 40 passes and scored 17 touchdowns.

Schaub certainly has to be better, but Foster still has to be the best player on the field when Houston has the ball. Andre Johnson is likely a future Hall of Famer, but he can't impact as many plays as Foster.

The Texans have an easy November schedule on paper, playing the Indianapolis Colts at home, before traveling to face the Arizona Cardinals and then coming back to Houston for the Oakland Raiders and Jacksonville Jaguars.

Gary Kubiak and Co. need to win all four of these games. The Colts are certainly a formidable team, but to win the division Houston, needs to take care of business against Indianapolis, especially at home.

The Cardinals, Raiders and Jaguars are all beatable and need to be wins for Houston as it prepares for a postseason run. 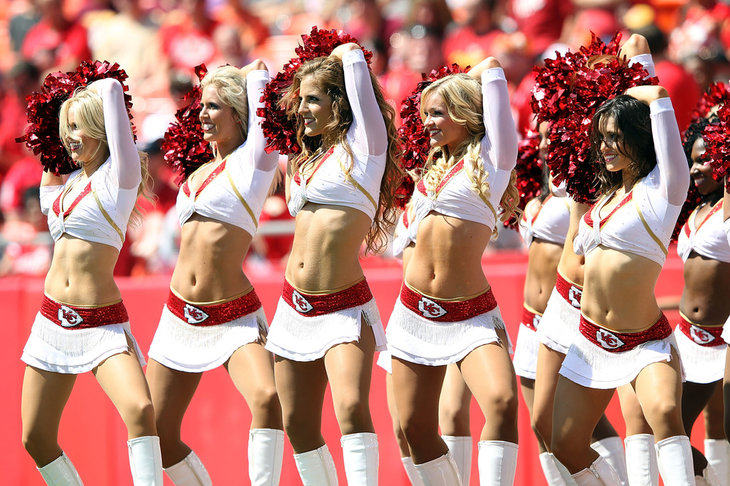 Houston needs to come out of the blocks quickly to keep up with teams like the New England Patriots and Denver Broncos for a playoff bye week.

In the first half of the season, the Texans play against the Baltimore Ravens, Seattle Seahawks and San Francisco 49ers in consecutive weeks. Houston has to win a tough contest or two early to set up for a winning streak later.

Houston ranked 16th last season, the true definition of middle of the road. However, the Texans had issues stopping the better quarterbacks, getting carved up by Tom Brady. Granted, many teams have problems holding down the Bradys of the world, but it's paramount if the Texans are going to win a Super Bowl.

Hopkins was the first round draft pick of Houston in 2013, and he needs to at least make teams respect him. For years, teams have rolled coverage toward Johnson without any fear of being beaten on the other side. Hopkins has to take advantage of man-to-man coverage with no help over the top.

This season will be a success if Houston wins the Super Bowl. Anything short of holding up the Lombardi Trophy in February will prove to be a failure with such a loaded roster.

In the NFL, every team has a window to win a championship before things start to unravel. The Texans have a chance right now for greatness and must take advantage of it.