Detroit has locked up its franchise quarterback for three more years with a shiny new deal.

The Detroit Lions and quarterback Matthew Stafford have agreed on a three-year extension to his current contract, making his overall deal a five-year, $76 million pact with $43 million guaranteed, according to the Lions official Twitter and USA Today. The deal keeps Stafford under contract until 2017 and includes $43 million in guaranteed money.

The contract gives the Lions a $20.8 million annual cap hit and makes Stafford the latest signal caller to get an extension this offseason, something Detroit has been working on for some time.The contract was thought to be an inevitability, and finally came to pass officially on Wednesday morning.

Stafford's extension is a good deal 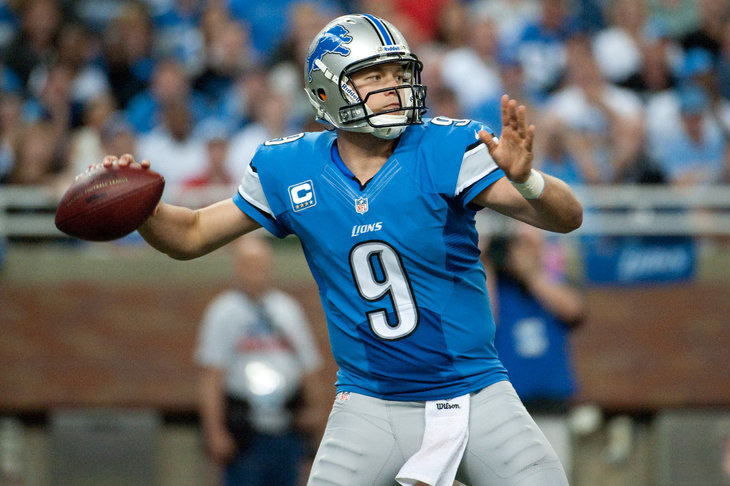 Stafford was the No. 1 overall pick in 2009 and has more than proven his worth. After being injury-plagued early in his career -- playing 13 games in his first two campaigns combined -- the ex-Georgia Bulldog has been one of the game's elite. In 2011, Stafford joined Dan Marino and Drew Brees as the only quarterbacks in NFL history to throw for more than 5,000 yards in a season.

Also in 2011, Stafford tossed 41 touchdowns compared to 16 picks, and led Detroit to its first playoff berth in over a decade before losing to Brees and the New Orleans Saints in the Wild Card round.

Last season, Stafford regressed along with his team, being intercepted 17 times and throwing a pedestrian 20 touchdowns. While he did throw for 4,967 yards, it was due to a litany of passing attempts as his average per throw dropped from 7.60 yards to 6.83.