The Patriots head coach spoke to the media for the first time since the investigation of Aaron Hernandez began.

Share All sharing options for: Bill Belichick opens up on Aaron Hernandez

1. Was it a forthcoming Bill Belichick who spent 22 minutes of his Wednesday afternoon swatting away questions with the "ongoing judicial process" excuse when asked about the Aaron Hernandez? Or was it the same old say-nothing Belichick who expressed his shock and disappointment about the situation?

2. Think of all the things you are required to do but hate doing. Bill Belichick press conferences are infused with the same feeling of going to the dentist or mowing the yard. I don't know if he genuinely hates to do them. I have no idea if he has an innate distrust of the media. But the feeling that the guy would rather be somewhere else is inescapable.

Will change catch up to the Patriots? 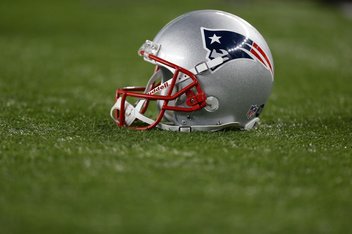 It always is with Belichick, and he seems to weasel out of more press conferences than other coaches.

Avoiding the issue, this issue, was never an option, not even for Belichick.

3. New England has had more than its share of tumult this offseason. Wes Welker left, and there were whispers that Tom Brady was upset. A team hell bent on avoiding the spotlight then went and signed Tim Tebow.

Hernandez's arrest and the horrifying details revealed in the court documents overshadowed everything else and somehow tied it all together. This, the opinionators told us, was the end of the Patriot Way ... whatever that means.

4. Television cameras rolled, lenses snapped and a larger than usual platoon of men in stained polo shirts and pleated khakis shouted questions at the coach.

Did he know? Was he surprised? Has he talked to him?

A monotone Belichick batted each ball out of the air with a standard premise. Aaron Hernandez was still working his way through the court system; in fact, he was standing in a Massachusetts court room that very moment, having his next date with a judge pushed back. It was all the cover Belichick needed.

This is Bill Belichick's 28th season in the NFL and 19th as a head coach. He knows what he can and can't answer without creating more headaches for himself.

5. Belichick reaffirmed the team's goal to win games and be a "pillar of the community." Winning football games means learning to adapt. It means building a better roster within the limits of the salary cap. Not many teams have done that as well as the Patriots, in the midst of a 10-season streak with double-digit wins.

Would the way New England evaluates players be changing?

He promised that the process would be scrutinized, but Belichick stood by his work as a personnel man.

"As the coach of the team, I'm primarily responsible for people we bring into the football operations," he said. "Our players are generally highly motivated and gifted athletes. They come from very different backgrounds [with] many challenges along the way. And they've done things to get here. Sometimes they've made bad and immature decisions. But we try to look at every single situation on a case-by-case basis and we try to do what's best for the football team and what's best for the franchise."

6. Every time a quarterback is plucked out of the late rounds of the draft, someone asks if he could be the next Brady, a former sixth-round pick. Most teams these days gamble on free agents seeking a second chance, college kids who have run afoul of the rules or players trying to rebound from injuries.

The Patriot Way is ubiquitous.

Each year brings a new group of individuals to assess. The Patriots never tried to mash players into pre-formatted ideals. What Belichick brought to the team was a common language for talking about a diverse population. Maybe the personnel department will pay extra attention to the psychological profiles or scrutinize socio-economic factors more closely, but the Patriots won't be making a fundamental shift in the player evaluation process.

"Most of those decisions have worked out," Belichick reminded the audience. "Some don't. Overall I'm proud of the hundreds of players that have come through this program."

Picking out a potential murderer is harder than finding the next super star quarterback amid the flawed players available on the last day of the draft.

7. Belichick's press conferences still rank among the most frustrating, futile exercises in all of sports. Wednesday's affair had that plenty of that.

But a natural discomfort leaked through, even in his opening statement.

"It's a sad day. It's really a sad day on so many levels," Belichick said. "Our thoughts and prayers are with the family, with the victim. I express my sympathy with everyone that's been impacted. A young man has lost his life, a family has suffered a tragic loss.

"I and other members of our organization were shocked and disappointed in what we'd learned, having someone in the organization that is involved in a murder investigation."

The next time Belichick steps in front of a microphone will answer questions about Tebow, the receivers, injured players and more with his usual disdain. There will be no room for interpretation about which Belichick grunted his way through the post-game press conference. A return to more comfortable surroundings.