Cruz is finally signing the long-term deal he desired.

The New York Giants and wide receiver Victor Cruz have agreed to a five-year contract extension worth $43 million, according to Jay Glazer. The new deal comes after months of negotiations. 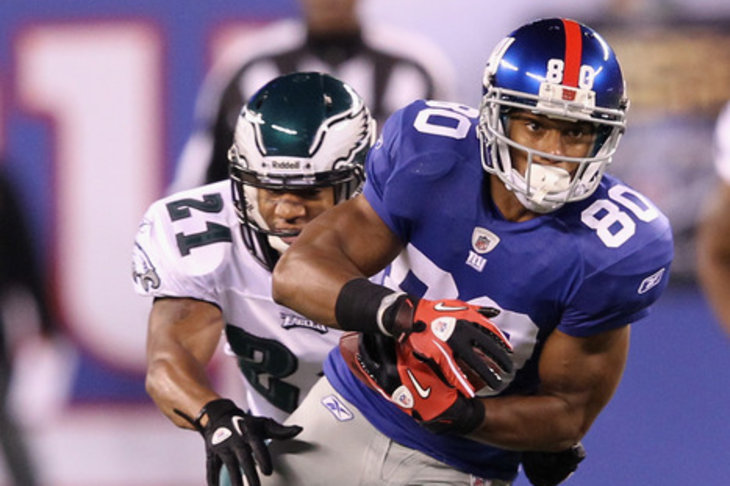 Cruz had been pushing for a contract that would pay him in the neighborhood of $9 million annually, but the Giants were sticking to their hard line that kept the number around $8 million. Both sides agreed to compromise, as the extension will average $8.6 million per season. Cruz's new contract will be paid on top of the $2.87 million tender he signed as a restricted free agent in June.

In his two seasons with the Giants, Cruz has been a valuable offensive weapon, compiling 2,628 yards and 19 touchdowns in 32 regular-season games. During the Giants' Super Bowl run in 2011, he added 269 yards and one score in the postseason. Cruz was third in the NFL with 1,536 yards in the 2011 regular season, and his nine TDs tied for sixth in the league.

• NFL could keep ineligible players out of Combine