Weeden has a 139.8 passer rating through the first two preseason games and has Browns coaches excited about his play. 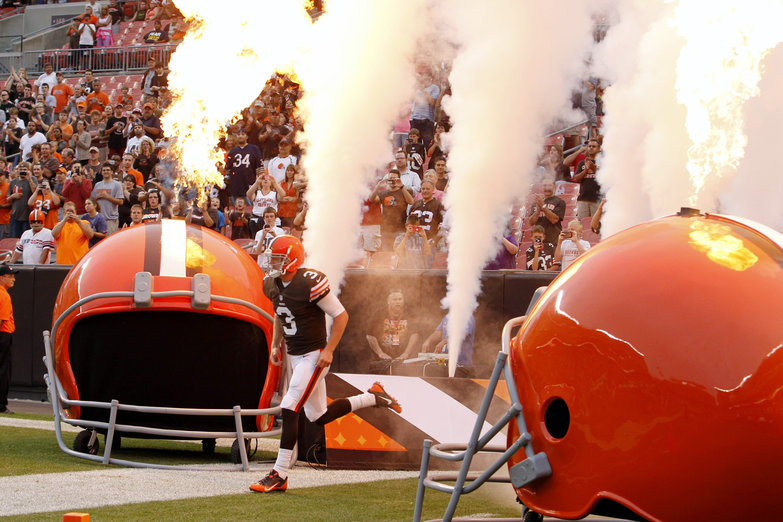 "Brandon Weeden will be our starting quarterback for this team," Browns head coach Rob Chudzinski said during a press conference on Tuesday. "Brandon has earned this job. He's gained my complete trust. I felt like the timing was right.''

Weeden, 29, was a first-round selection for the Browns in the 2012 NFL Draft and started all but one game during his rookie season. However, he finished the year with 17 interceptions, 14 touchdowns and a 72.6 passer rating, the fourth-lowest mark in the NFL.

While Jason Campbell and Brian Hoyer were signed in the offseason to provide the team with competition at the quarterback position, the battle for the starting spot was never really close, as Weeden commanded the role through training camp and preseason.

Through two games of the preseason Weeden has completed 18-of-25 passes for 229 yards with three touchdowns and no interceptions. His 139.8 passer rating is the second-best mark in the NFL behind only Seattle Seahawks backup Tarvaris Jackson who has thrown nine passes fewer than Weeden.

"I'm excited about what Brandon's been able to do," Browns offensive coordinator Norv Turner said in a press conference on Sunday. "The thing that we've spent a lot of time working on is trying to find out the things that he does best, and combine them with the things our players do best...Through the preseason action that Brandon's had, we've been able to do that. And we've had a lot of guys playing well. He's taken advantage of the way they've been playing."

Weeden will lead the Browns into their third preseason game of the year when the team travels to face the Indianapolis Colts at Lucas Oil Stadium on Saturday.