Robert Griffin III has been fined, again, for wearing unauthorized apparel at an NFL event.

Robert Griffin III didn't need to appear in Monday night's preseason game between the Washington Redskins and the Pittsburgh Steelers to earn a fine from the NFL. A source close to the league told the Washington Post that Griffin will be docked $10,000 for wearing unauthorized apparel during pregame warmups.

A day in the life of Pierre Garcon 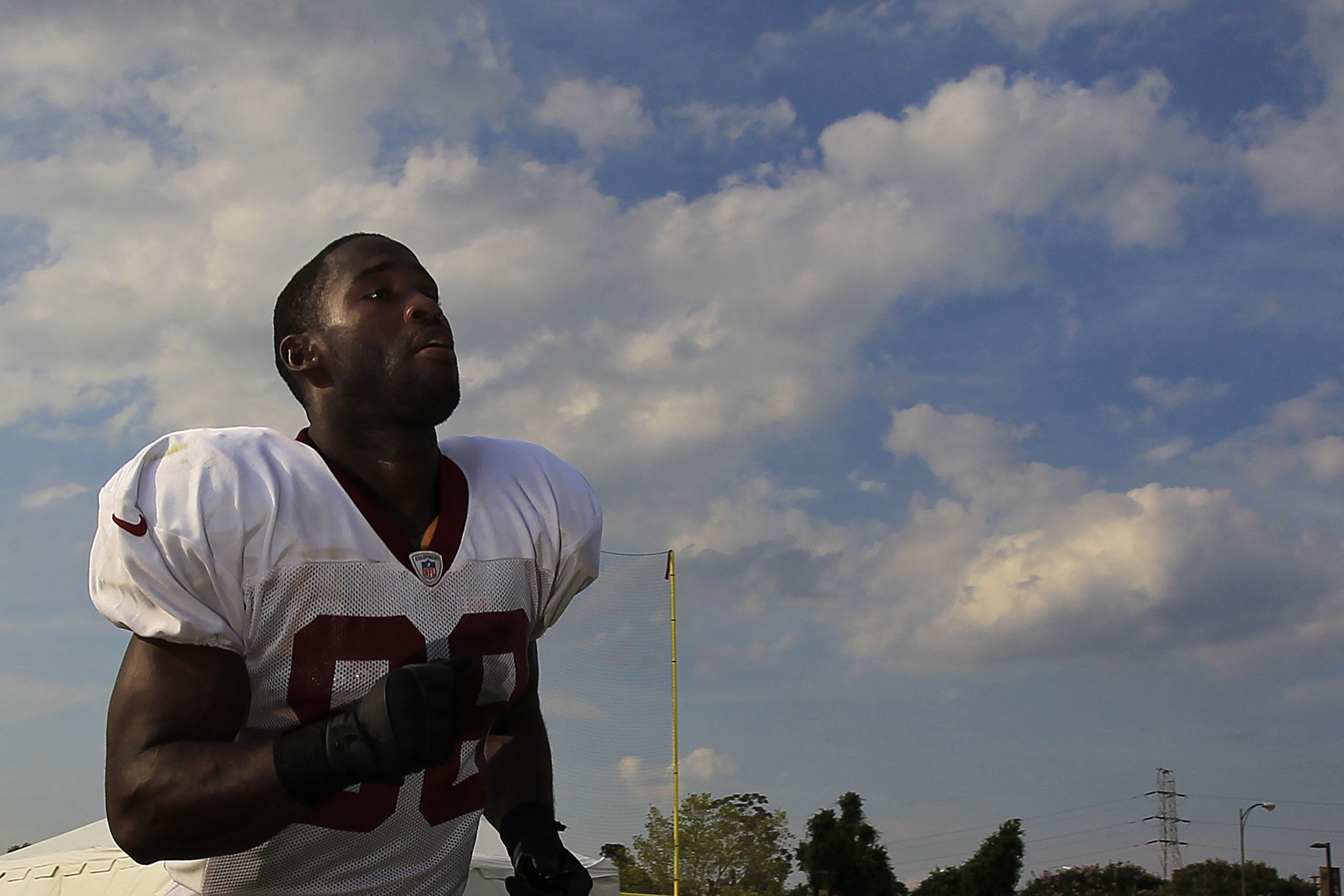 Hogs Haven tagged along with the Redskins wideout to watch him deliver brand new jerseys to three high school football teams in the D.C. area.

The offending garment? A T-shirt that reads "Operation Patience" in reference to the Redskins' plan to ease him back from the knee injury he suffered during the NFL Playoffs.

Griffin has an endorsement contract with Adidas, which has conflicted in the past with the NFL's official apparel deal with Nike. Griffin was also fined $10,000 last December for wearing Adidas apparel to a post-game press conference. Earlier in the season, he received a warning for covering up the Nike logo on his undershirt with Sharpie ink.

The "Operation Patience" shirt is also an Adidas product, so no one should ever accuse Griffin of not being a company man. The fine shouldn't hurt Griffin's pocketbook too badly, given his current salary with the Redskins and apparently hefty deal with Adidas.

Griffin is still expected to play Week 1 of the regular season against the Philadelphia Eagles, though he isn't likely to appear at any point during the preseason.

• Donovan McNabb, lightning rod for the stupidest s**t in the world

• Exclusive: A day in the life of Pierre Garcon