Rex Ryan's seat is the hottest in the NFL, according to coach-firing odds

Rex Ryan is wayyyyyyy ahead of the pack when it comes to his odds of getting fired, according to one sportsbook.

Share All sharing options for: Rex Ryan's seat is the hottest in the NFL, according to coach-firing odds

Football is great, but almost as fun is watching assuredly doomed coaches on the sidelines waiting to get fired. According to at least one sportsbook, there's a major favorite when it comes to the race to the NFL's first pink slip.

That's right, folks: they think Rex Ryan is so likely to get fired first, you can't even get even money on your investment for betting on him. He's miles ahead of the competition, which is great news for Ryan, since each mile contains 5,280 feet.

The NFL's Most Schadenfreude QB battle 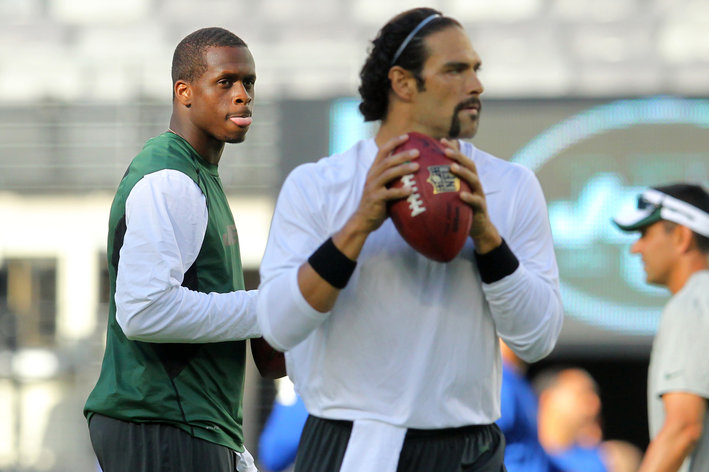 The Jets are trying to decide on a starting quarterback, and neither option looks like a winner.

Color us shocked. Just because Ryan started his unproven rookie quarterback who throws three picks while your other quarterback gets injured because you left him in for the fourth quarter of a preseason game, then did random sideways dance moves during the post-game press conference, then revealed a bunch of other things he wasn't supposed to reveal at another press conference does not mean Rex Ryan is doing a bad job of being in charge of the New York Jets. Not at all. (Those are all things FROM THE PAST FOUR DAYS.)