Clemons is progressing from a torn ACL, but perhaps not fast enough for Seahawks head coach Pete Carroll to place him on the team's initial 53-man roster.

The Seattle Seahawks have a "big decision" to make regarding Chris Clemons, head coach Pete Carroll told members of the media Wednesday. The defensive end is still battling back from the torn ACL he suffered against the Washington Redskins during last season's NFC Wild Card. According to Carroll, Clemons has made "fantastic progress," but still has yet to join the team in practice. 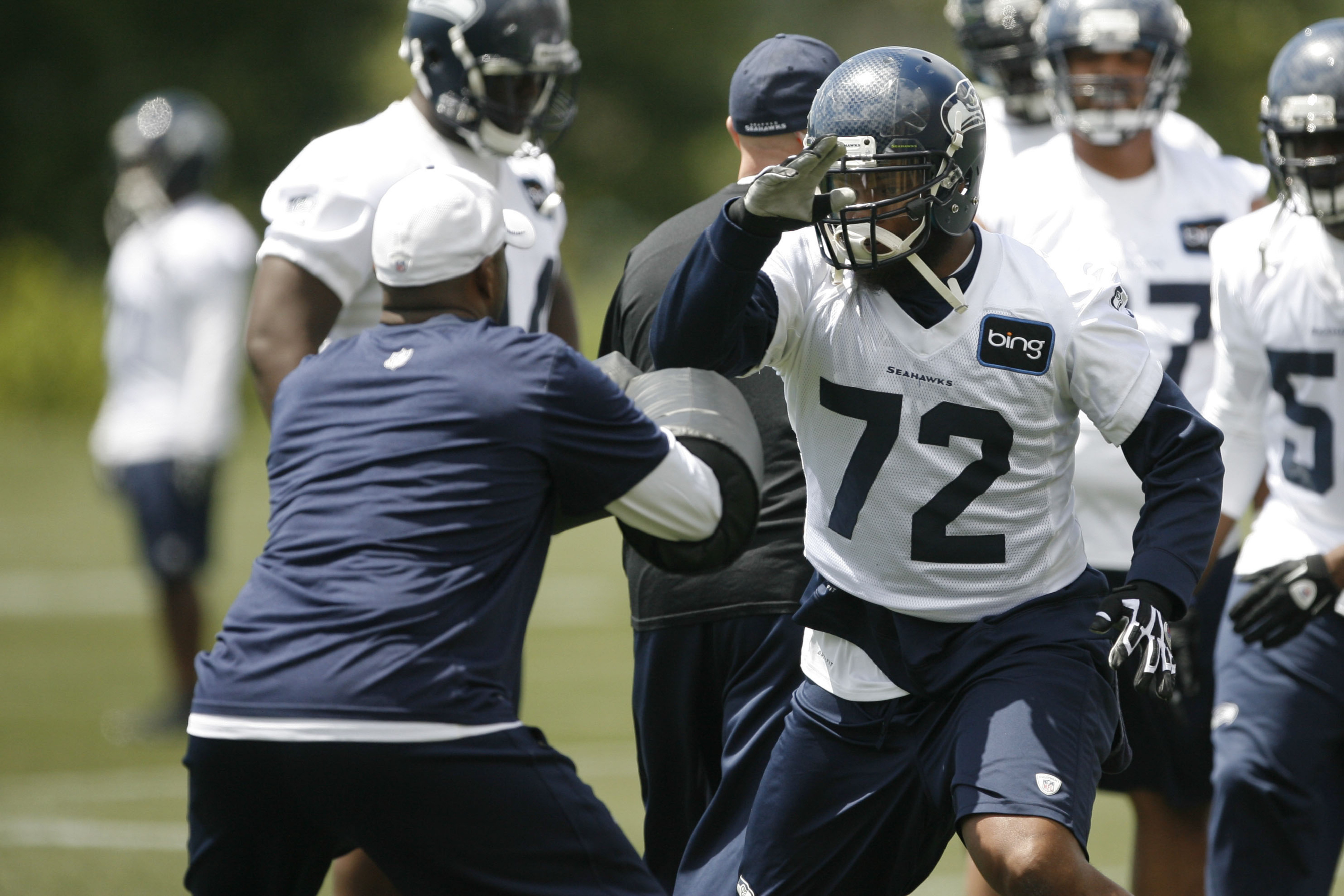 Clemons isn't the only Seattle defensive lineman who's ailing. Danny Kelly at Field Gulls breaks down the injury statuses of Michael Bennett, Cliff Avril and more.

Like every team in the NFL, the Seahawks are currently having discussions about how to pare their roster down to 53 players by Saturday's final cut deadline. Clemons isn't a candidate to be released, coming off a 11.5-sack season in 2012, but he could be placed on the physically unable to perform list or on short-term injured reserve if the Seahawks feel he won't be able to return until midway or late in the regular season.

If the team feels that Clemons will be ready sooner than the sixth game of the season, which is when he would first be eligible to return off the PUP list, they could put him on the 53-man roster out of preseason. Of course, doing so would waste a roster spot for as long as Clemons is forced to sit.

No timetable for Clemons' return has been announced, leaving Carroll to try to make the most effective decision he can. To do so, he may need to keep close eye on Clemons' progress this week and make a last-minute call whether or not to put Clemons' name on the initial roster.

• Was Aaron Hernandez on thin ice before arrest?