Your team lost last week. Condolences. We're here to do the dirty work, so you can understand why and grieve properly.

Suffering the untimely loss of a game is a powerful emotional experience for you, the fan left behind. You're dealing with a lot of conflicting feelings and thoughts as you try to come to terms with this new, harsher reality you inhabit. But a loss is also a scientific phenomenon, and it's our job, as neutral observers, to explain to you how, and when, your team met its end in the first week of the season. Put on this apron and step into the morgue. It's time for The Post-Mortem.

Time of death: 4:31 left in the game, when Buffalo punted for the last time.

Cause of death: The Bills entered the fourth quarter with a four-point lead and the ball on New England's half of the field. The outcome was still in question, to be sure, but then Buffalo eliminated all doubt by gaining only 28 yards and keeping possession for only about four of the final 15 minutes.

Time of death: 1:06 remaining, when Rey Maualuga decided he was trying out for the Olympic judo team.

Cause of death: Irregular drivebeat. If a Bengals drive went more than three plays, it was almost always awesome: three of four went for touchdowns, and the other was a very uncharacteristic tip by A.J. Green that got picked off. But the other six Cincinnati drives never got to play four and all ended in a turnover or punt.

Time of death: Unknown, but shortly after the Browns decided "Hey, Brandon Weeden can PASS us to victory!"

Cause of death: Cleveland went 1-for-14 on third down, but it's important to note that 11 of those attempts came with eight yards or more to gain, so it's not like the first two downs were going great. (No, the conversion did not happen on one of those 11. Don't be silly.)

Time of death: Early in the fourth quarter, when Christian Ponder and Adrian Peterson botched a handoff and Nick Fairley recovered, leading to the touchdown that put the Lions up by 10.

Cause of death: This is going to sound weird, since Minnesota's first play from scrimmage was a 78-yard AD run for a touchdown ... but Minnesota couldn't get long gains on the ground, finishing with only three rushes that gained more than four yards. The Vikings averaged 11 such runs a game last year, which ranked sixth in the league, and fewer big runs mean more Christian Ponder passes. Nobody wants more Christian Ponder passes.

Time of death: On Oakland's next-to-next-to-last play, Terrelle Pryor took a costly sack on first and goal from the eight, effectively killing the comeback effort.

Cause of death: Andrew Luck never hit a 70 percent completion rate in any game last year. Andrew Luck only broke 60 percent in four games. Andrew Luck completed 78.2 percent of his passes against Oakland.

Time of death: 47 seconds away from the final whistle, as a pressured Matt Ryan saw his last pass wind up in the hands of Roman Harper.

Cause of death: Tempting and narrativeriffic as it is to point to that Ryan interception, let's instead discuss what the Falcons defense did in the second half after Ryan gave Atlanta the lead with a four-yard touchdown pass to Julio Jones. More precisely, let's discuss what they didn't do: stop Drew Brees, who went 15-of-19 for 183 yards, one touchdown, one 41-yard run, one sack, and one interception. How would we describe that, Pete Campbell?

Time of death: Essentially the end of the game, when Lavonte David called on his Miami Hurricane education and personal fouled the Jets into a 48-yard field goal make instead of a 63-yard probable miss.

Cause of death: The Bucs had 22 first-down plays, evenly divided between each half. In the first half, they gained 46 yards on those plays, a perfectly respectable average. In the second, that number dipped to six, and it turns out going from 1st-and-10 to 2nd-and-9.5 is not a great way to score points.

Time of death: About nine minutes into the fourth quarter, when Rob Bironas hit a 44-yard field goal to give the Titans an 11-point lead that this Steelers team was in no position to challenge.

Cause of death: Since the NFL and AFL merged, Pittsburgh has been held under 40 yards rushing in 13 games, going 2-11. This was the 14th. (The last before this game? A 2009 overtime win by the Steelers in Week 1. Against Tennessee.)

Cause of death: Small things can be the difference in close, low-scoring games like this one, and the small thing you might overlook here is punting. The Panthers gave one punt return back to Seattle with a fumble and didn't do much on their other three, and penalties gave the Seahawks 31 extra yards on the last two punts Carolina attempted. Irrelevant? Maybe, but it's better than just saying "lol guess cam didn't take advanced winning at auburn this offseason." 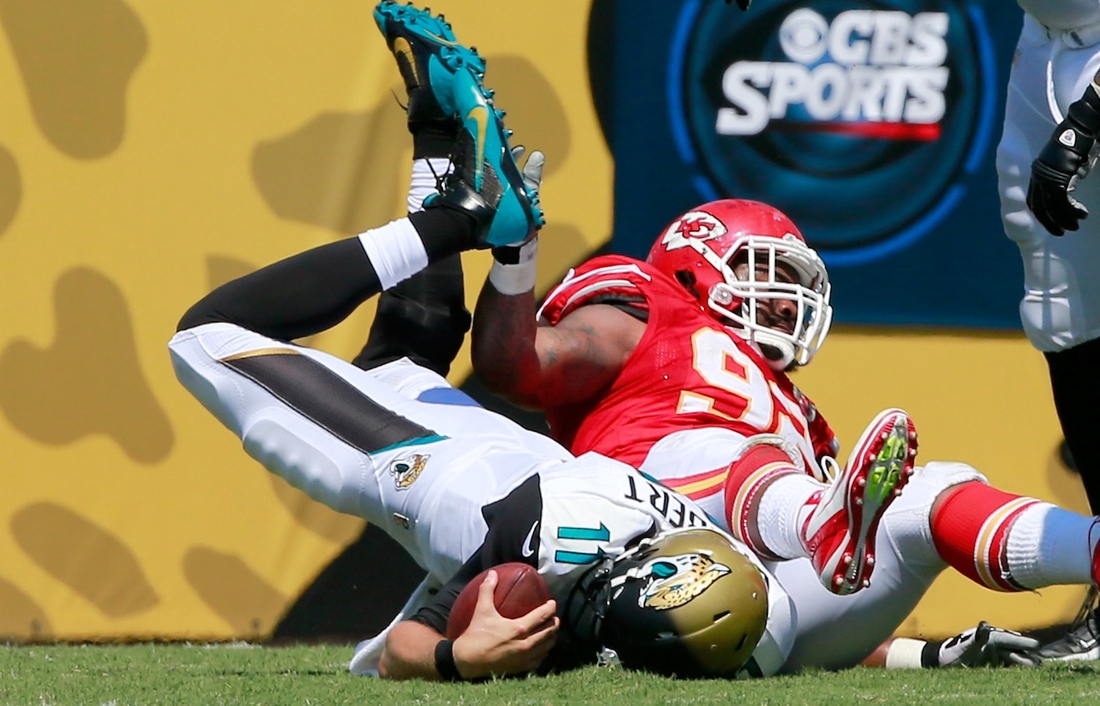 Time of death: 12:26 in the first quarter, when the Jaguars led 2-0 and the game was not stopped immediately.

Cause of death: Um, basically everything Blaine Gabbert did was meaningless or bad, and, consequently, no Jacksonville drive gained 20 yards of offense until midway through the fourth quarter. If you have to pick a player of the game from this unit, go with the replay booth, which overturned two OTHER Gabbert turnovers.

Time of death: At 3:10 in the fourth quarter, the Cardinals got the ball back on their own 33 with the score tied after holding St. Louis to a three-and-out deep in Rams territory. The offense proved it was not ready for this responsibility, however, promptly punting four plays later. This is why you give the Cardinals something easy to care for at first, like a fish or a turtle.

Cause of death: Sack imbalance. Arizona became only the fourth team to face Sam Bradford and walk away with not a single sack, and the four sacks Arizona allowed were almost all costly: one knocked the Cardinals out of field goal position on third down, one led to a fumble that gave the Rams the ball at the Arizona 22, and one came on the final Cardinals drive, precluding any opportunity for a field goal attempt to tie the game.

Time of death: The Packers took their last time out with three minutes left on the clock, and then Anquan Boldin made his 13th catch to convert on fourth down. By the time Green Bay got the ball back, they now needed a touchdown, not a field goal, but had no time left to get it.

Cause of death: Colin Kaepernick was superb throughout, but his passing numbers on third down were especially impressive: 8-of-11, 123 yards and 2 touchdowns. Six of those eight completions resulted in a first down or a score, and that helped San Francisco run 17 more plays than the Packers on an identical number of drives.

Time of death: Technically, the Giants expired shortly after the two-minute warning, when Da'Rel Scott reached for an Eli Manning throw he was not going to catch and tipped it Brandon Carr, who returned it for the decisive touchdown. We expect many Giants fans committed seppuku far earlier.

Cause of death: Three of the first 10 offensive plays New York ran resulted in turnovers. Sometimes an autopsy is really easy.

Time of death: Fifty-eight minutes and and forty-nine seconds or so into the game, when the Eagles recovered Washington's onside kick attempt and were able to run out the clock.

Cause of death: The Eagles had their best single-game rushing effort since 2002, piling up 263 yards on the ground. Most impressively, 113 of those came in the second half on only 17 attempts, a per-carry average of 6.6 yards. That only resulted in seven Philadelphia points in the final two quarters, but it did enough to run off clock and keep Washington from short drive opportunities to seal the win.

Cause of death: Rivers got the ball back 10 minutes into the third quarter with his team leading by two touchdowns. He'd played well to that point, completing 13 of 20 passes for four touchdowns and no turnovers. That's why this Three Mile Island of a closing effort -- 1/9, 8 yards passing, and a pick on the last five San Diego drives -- was especially painful watch, because Philip Rivers had JUST demonstrated he didn't have to do Philip Rivers Things.

• Disarming the NFL's newest weapon: How to stop the read option

• Fumblr: Your quarterback is not Elite

• NFL Debrief: Pryor for MVP and other irrational reactions to Week 1