Dr. James Andrews is only doctor whose name appears as frequently on ESPN’s bottom line as the stars that he treats. How did he get there, and more importantly, does he take walk-ins?

Team physicians used to be in every professional training room in America. These doctors were beholden to the head coaches and owners in leagues that minimized the control a player might have over the direction of his own career. Rarely, if ever, was there a call for a second opinion. 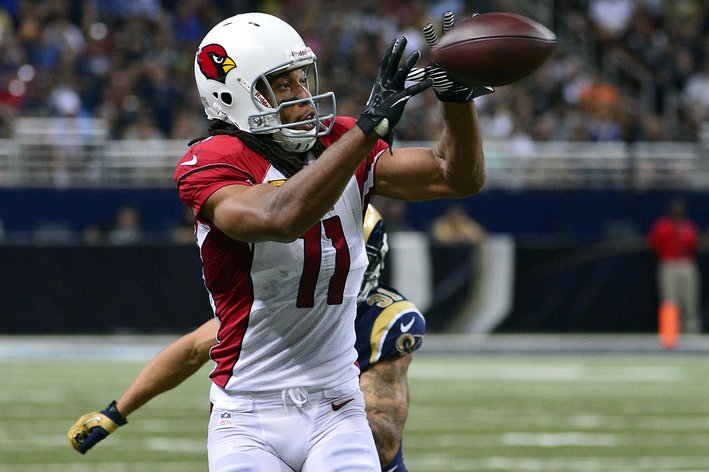 Larry Fitzgerald is questionable for Week 2, Vick Ballard was placed on injured reserve, plus other injury news likely to impact this week's games.

In 1985, a young pitcher named Roger Clemens was starting to second-guess the team's diagnosis of a shoulder injury that was causing him a lot of pain and knocking a few miles per hour off of his fastball. Despite reassurances from the club that he could pitch through it, Clemens' agent sent him down to see Dr. James Andrews, an accomplished doctor specializing in minimally invasive arthroscopic surgery. Scoping was just beginning to catch on and Dr. Andrews was at the forefront of the movement. He diagnosed Clemens with a tear of the labrum and performed the surgery himself. Eight months later Clemens was striking out 20 players in a game.

Clemens repaid him tenfold by becoming a walking business card for Andrews' practice. Word of mouth started to build. Andrews gained a reputation as a player's doctor who they could trust for an athlete-centric diagnosis instead of a team physician. Stars like Bo Jackson, Michael Jordan, Jack Nicklaus, John Smoltz, Brett Favre and Adrian Peterson have all sung his praises in the 28 years since Clemens.

James Andrews, MDTM the brand is a product of mistrust in team doctors and trainers as much as anything else.

Approximately 40% of his surgery clients are high-level athletes. He operates on the most unique parts of the most unique athletes in the world. These are people whose shoulders, knees, ankles and elbows allow them to run faster, jump higher, throw harder and make more money playing sports than any human that has ever lived at any point in the history of the world. I dislocated my shoulder playing rec-league kickball and I wanted him to take a look. More accurately, I wanted to find out if he would even visit with me or give me the time of day.

The answer was yes, if I could wait. The biggest name in sports medicine would be available to perform my shoulder surgery, but the earliest he could schedule an examination was November. Mark Sanchez gets to cut to the front of the line like it's a prom picture. If you have good insurance, it's not even that costly to have him personally reattach your labrum that you frayed diving head-first into third base while drunk. According to my carrier, my surgery would max out at a $500 copay and an MRI would be an additional $250. I'm not saying the stakes are as high as Drew Brees' $100 million contract, but if we win another championship we get elevated into the "social" division which appears higher-up on the standings portion of the league website. It's not like we're talking chump change.

Am I going to travel to Birmingham in November for an appointment and next-day surgery? Probably not. Repairing a mild torn labrum can be done just as effectively by most competent orthopedic surgeons specializing in sports medicine. But now that the surgery has become commonplace, why do athletes still make the trip across the country to see him? Does James Andrews have the Midas touch? Is he really head and shoulders above the rest? Granted, the consequences of my injury are absolutely nothing compared to someone who makes a living in professional sports, but I was curious about the name. Did he have better equipment or steadier hands?

I spoke with one orthopedic surgeon who practiced alongside Andrews. The former colleague had great things to say about him, but acknowledged that the media coverage is unprecedented for a doctor, with the implication being that any other specialist is now second-rate to Andrews. It's as much a PR move for a team to send their star player to Jim as it is a medical move. You won't find a case of an athlete with a reported injury being sent to Andrews without the doctor's name specifically being mentioned to the journalists covering it. The Chris Mortensens and Ed Werders of the world have in turn begun to use Dr. Andrews' name in their reports as a red flag for a potentially serious injury, which serves to further the brand Dr. James AndrewsTM.

Exhibit 1-A is Dan Snyder and the Washington Redskins. Snyder's the type of guy who would buy Jimi Hendrix's white Stratocaster if he wanted to teach himself his wife's favorite song for their anniversary. It's no surprise Snyder has Andrews evaluating high ankle sprains on Sundays. He would take his cat to get neutered at the Andrews Institute.

Sending an athlete to Dr. Andrews does two things if you're an owner: It gives you a selling point to free agents that you care about your athletes. It gives athletes peace of mind when they're hurt that they're dealing with a competent physician who has a history of thinking about the player first ... and the team second. The landscape in sports has changed quite a bit since 1985. Ownership has come around to providing their most valuable players with top-tier medical service.

I have no experience in any type of medical field beyond reading a lot about sports medicine and having my shoulder recently examined by a former colleague of Dr. Andrews. As far as I know, he's a leader in the community with a great reputation, a trusted commodity and a brand name that professional athletes and GMs are drawn to. Going to him for common surgeries might be overkill, but when you're an executive in a league that revolves around branding and protecting The Shield, a wall full of degrees from Johns Hopkins means less than Dr. James AndrewsTM.

• Week 2 matchups under the microscope