Titans will work out quarterbacks after Jake Locker's injury

Share All sharing options for: Titans will work out quarterbacks after Jake Locker's injury

The Tennessee Titans will work out quarterbacks Tuesday as they look to add depth following Jake Locker's serious hip injury suffered Sunday. Locker is expected to miss 4-6 weeks, according to Jim Wyatt of the Nashville Tennessean, though head coach Mike Munchak would not commit to a timetable for his quarterback's return. 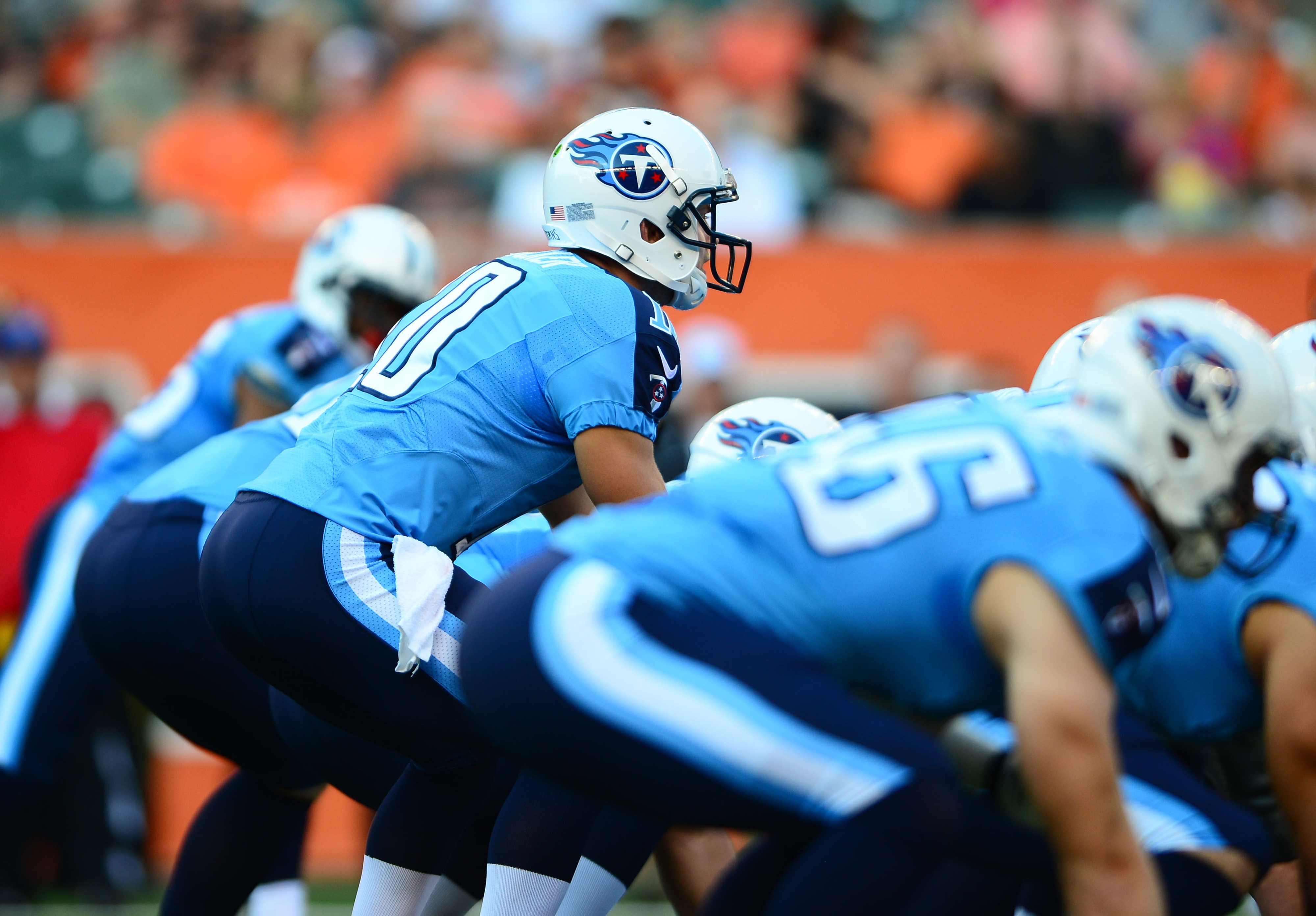 Munchak reportedly took exception with some of the hits the New York Jets laid on Locker during Sunday's game, and has already spoken with the NFL. Locker went down awkwardly on a hit by defensive lineman Muhammad Wilkerson after he released a pass, and did not return to the game after being carted off the field. Locker was in the midst of career day, going 18-for-24 passing for 149 yards and three touchdowns before leaving.

The Titans would reportedly like to keep Locker on the 53-man roster rather than place him on short-term injured reserve. If Locker was placed on IR and designated for return, he would not be able to return to practice for six weeks, and would not be able to play in a game for eight weeks.

Ryan Fitzpatrick entered Sunday's game in place of Locker and went 3-for-8 for 108 yards and a touchdown. Fitzpatrick appears to be the Titans' starter for now. Munchak did not commit to Rusty Smith as the team's No. 2 quarterback, per Wyatt. There is no word yet on which quarterbacks will be brought in by the Titans, except that one of them probably won't be Vince Young.