The Cowboys could be missing a key player to open the season.

Dallas Cowboys defensive end Anthony Spencer suffered a setback in his recovery from offseason knee surgery, according to ESPN's Ed Werder. Spencer reportedly experienced knee swelling over the weekend, and has been held out of practice since. He was only able to participate in conditioning Thursday. 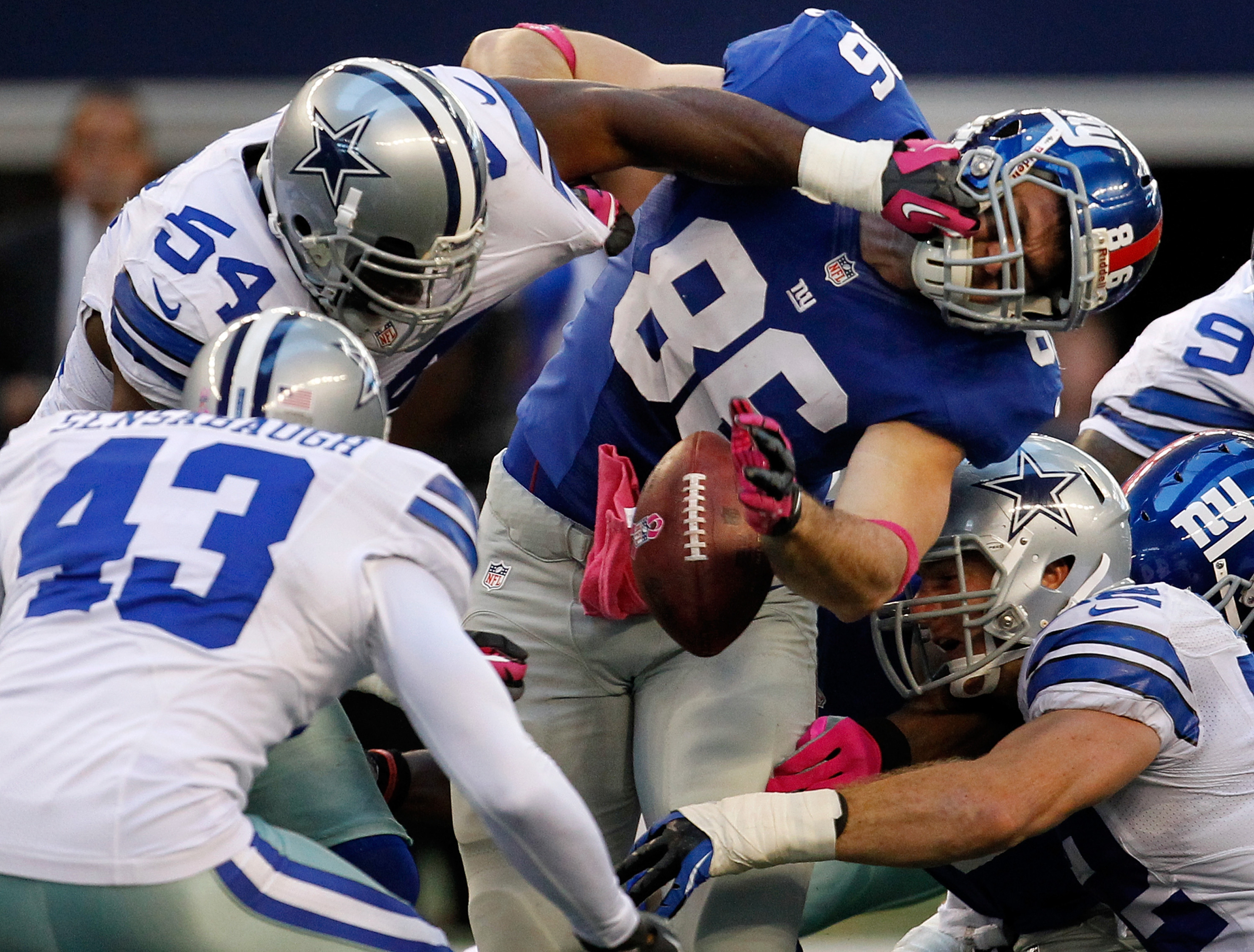 Blogging The Boys breaks down what to expect from the Giants during Sunday's season opener.

Spencer underwent surgery at the end of July, and was initially expected to miss 2-4 weeks while being ready for the season opener against the New York Giants. His timetable for return was pushed back two weeks in mid-August, though Week 1 still seemed possible at that point. Not practicing the week before kickoff does not bode well for his chances of playing Sunday, however.

Spencer was expected to be a pivotal player in the Cowboys' transition to a 4-3 defense under new defensive coordinator Monte Kiffin. He racked up 11 sacks and 95 tackles last season at outside linebacker opposite DeMarcus Ware. In the offseason, Spencer was given the Cowboys' franchise tag, which he signed to earn a guaranteed $10.6 million this season.

• Dan on Fire: Jets will win the Super Bowl