After recording just one catch over his first two seasons, Julius Thomas had five catches for 110 yards and two touchdowns Thursday night against the Ravens for the first breakout performance of the 2013 NFL season.

Fantasy sages and Denver Broncos fans have been trying to tell us about Julius Thomas for a while now. Broncos blog Mile High Report was bullish on Thomas' potential over a month ago when the tight end was turning heads early in training camp. Still, it's only natural that the rest of NFL society was behind the curve on a man who had just one reception for five yards in two seasons to his name.

Everyone should be aware of Thomas now after he racked up five receptions for 110 yards and two touchdowns during the Broncos' dismantlement of the Baltimore Ravens on Thursday night. Thomas' was targeted seven times by Peyton Manning on the night, which was fewer than only Wes Welker and Demaryius Thomas, who had 11 targets each. 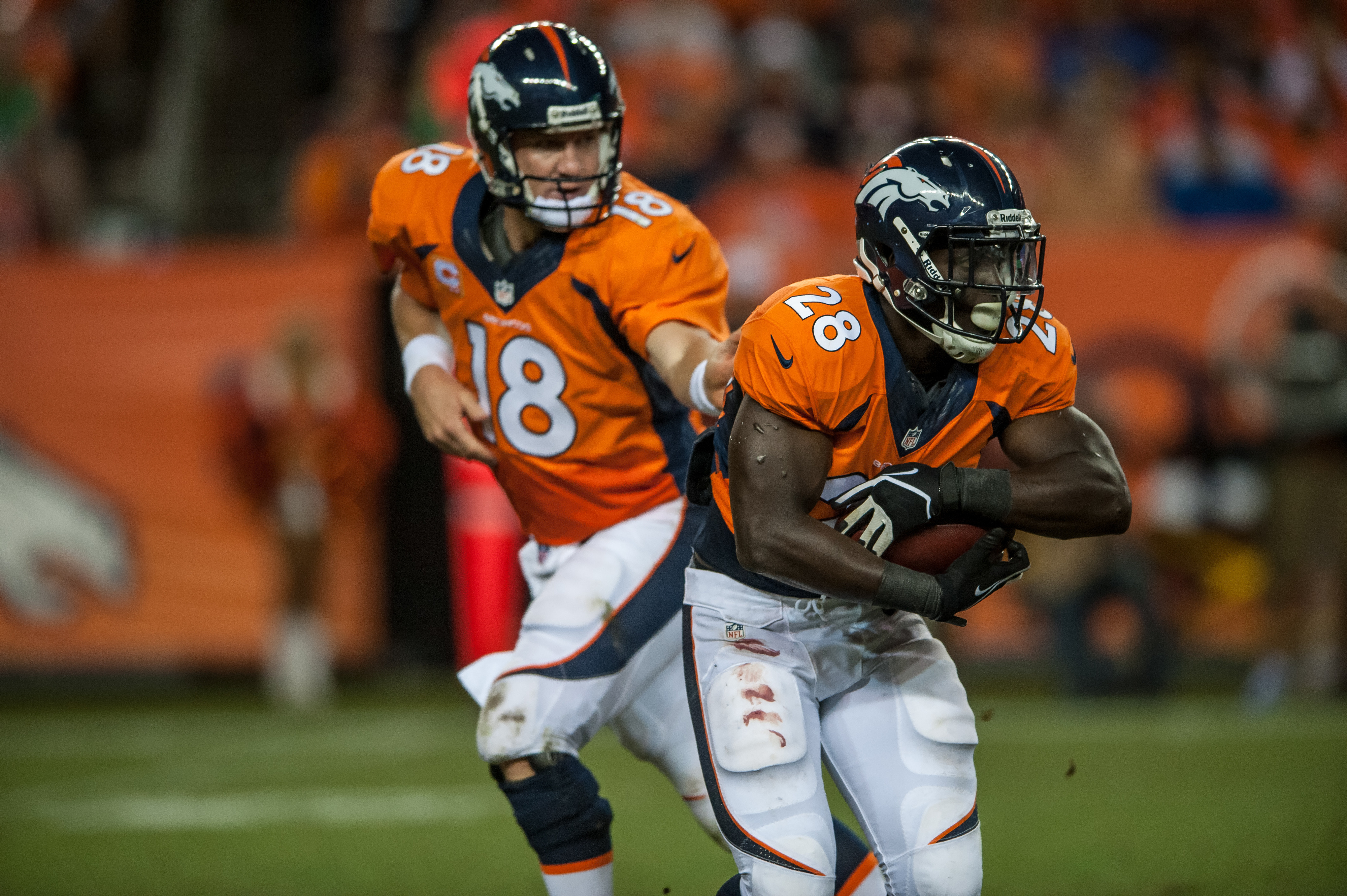 Kyle Montgomery of Mile High Report hands out game balls for Thursday's win over the Ravens (Yes, Julius Thomas gets one).

Thomas comes from somewhat humble origins. He played just one year of college football at Portland State before entering the NFL Draft. Before that season, he was a strong 6'5, 255-pound power forward for his alma mater. Thomas excelled on the hardwood, racking up 62 blocked shots and 520 rebounds in four seasons. He set school records for career games played (121), career wins (78) and career field goal percentage (.663) in helping lead the Vikings to two straight NCAA Tournament appearances.

However, Thomas realized at some point that basketball was not where his heart lay, he told the Associated Press, and after exhausting his basketball eligibility he contacted Portland State football head coach Nigel Burton about joining the team for his last scholarship year. Thomas quickly excelled, catching 29 passes for 453 yards and two touchdowns to earn first-team All-Big Sky honors.

The Broncos spent a fourth-round draft pick on Thomas in hopes that he could follow in the footsteps of successful power forwards-turned-tight ends such as Antonio Gates, Jimmy Graham and Tony Gonzalez. For two seasons, it appeared that Thomas would fall short of the precedent set before him. He dealt with nagging ankle injuries that essentially forced him to take an extended redshirt.

The Broncos have been patient, however. Thomas called 2013 "my first offseason" and opened camp by taking away snaps from Jacob Tamme with the first team offense. He gained separation from defenders throughout practice and after Thursday's performance he could very well be the hottest name on fantasy football waiver wires next week.

Patience has seemingly paid off for the Broncos, and as a result they have the first breakout star of the 2013 NFL season.