We now know one-half of the matchup for the NFC Championship game. Here's a look at an updated playoff bracket.

With the Seahawks knocking off New Orleans in the Divisional round on Saturday, the NFC Championship officially goes through Seattle. Russell Wilson and the Seahawks earned home-field advantage during the regular season, but needed a win against the Saints to advance to the conference title game. They got just that and will host either Carolina or San Francisco for the right to represent the NFC in the Super Bowl.

Regardless of which team comes to Seattle next Sunday, the game will be a rematch from earlier this season. The Seahawks opened the season on the road against Carolina, coming away with a 12-7 win. The game was a defensive battle, as you'd expect from two teams who finished the season first and second in points and yards allowed. The Panthers had a good chance to take the lead late in that game, but Earl Thomas forced a DeAngelo Williams fumble. Seattle recovered and was able to pick up a couple of first downs to kill the clock.

If San Francisco beats the Panthers on Sunday, the 49ers will head to Seattle for a rubber match. The Seahawks trounced San Francisco 29-3 in Seattle in Week 2, but the Niners got some revenge at home in Week 14 with a 19-17 win. San Francisco hasn't had much success in Seattle the last two years, losing 42-13 on the road last year in addition to this year's rout.

Click to enlarge and for SB Nation's complete 2014 postseason coverage. 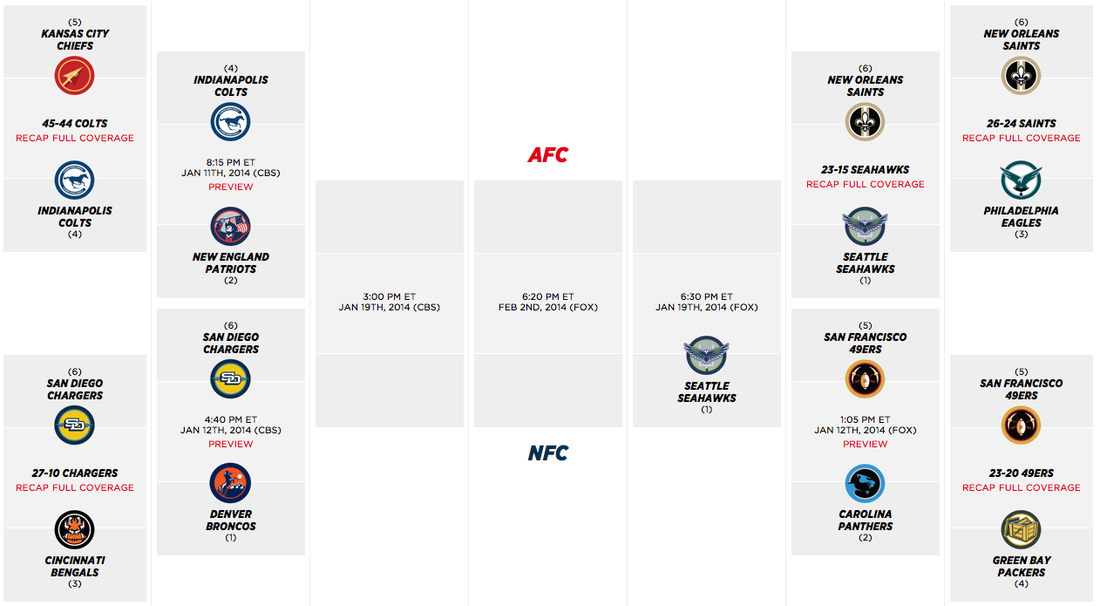