Ready for another round of Brady vs. Manning? The Broncos and Patriots are set to play for the AFC championship next Sunday.

The Denver Broncos entered the playoffs as one of the favorites to win the Super Bowl, boosted by one of the best performances ever seen from a quarterback in Peyton Manning. It comes as no surprise that they will be the hosts of the AFC Championship Game. Denver advanced to the title game after taking care of the San Diego Chargers, 24-17, on Sunday. It will be the Broncos' first appearance in the game since the 2005 playoffs, and they will be hoping to win it for the first time since the 1998 postseason -- the second of their back-to-back Super Bowl victories. 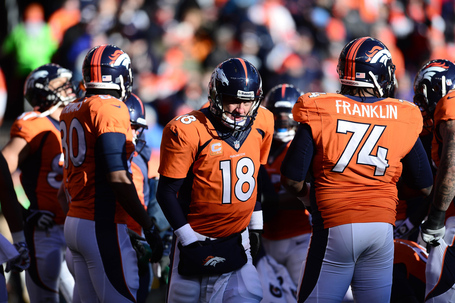 Denver will meet the New England Patriots, who had little trouble with the Colts in the divisional round on Saturday night. This will be the third straight AFC Championship Game for the Patriots, who last won the conference title in 2011. In fact, this will be the New England's eighth conference title game in 13 years, an incredible run that has included three Super Bowl wins. The game will kick off on Sunday, Jan. 19 at 3 p.m. ET on CBS.

Over in the NFC, the Seattle Seahawks will face the San Francisco 49ers for the third time this season. The 49ers are in the NFC Championship Game for the third straight year after knocking off the Carolina Panthers, 23-10, on Sunday. The game kicks off Sunday, Jan. 19 at 6:30 p.m. ET on FOX. San Francisco is in the hunt to win its sixth Super Bowl and first since the 1994 playoffs, while the Seahawks are still looking for their first title in franchise history. Seattle last made the big game in the 2005 playoffs.

It's a monster day of conference title games, given the quarterback star power in the AFC and the piping hot rivalry that's developed in the NFC West. 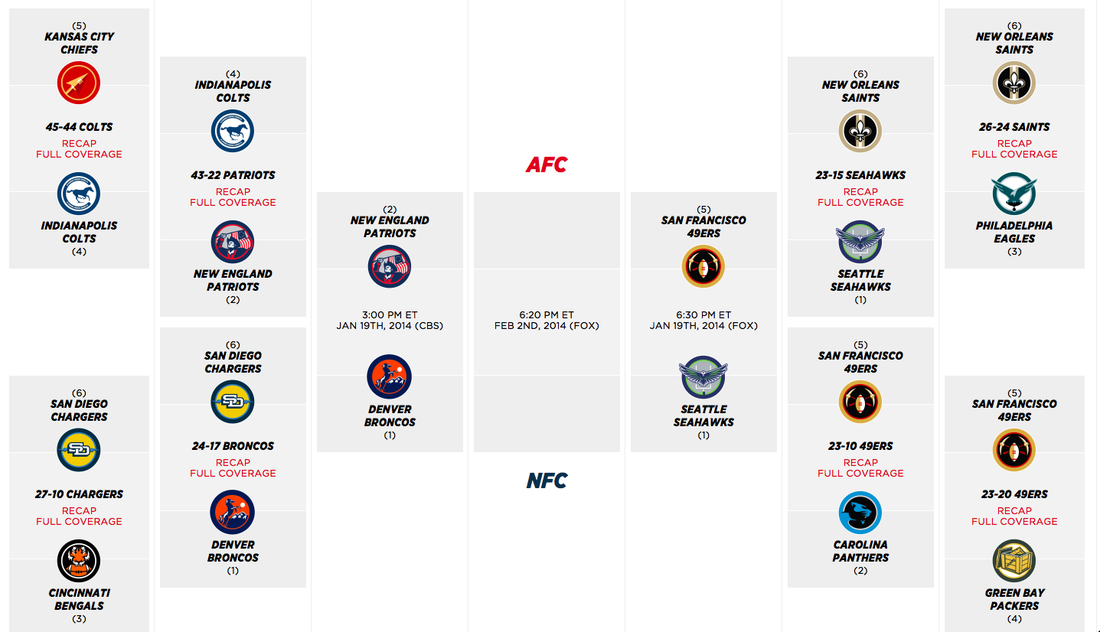