Unfortunately my Superbowl picks of the Saints and Chargers bit the dust, but there were some shining examples of TRUE NFL Greatness 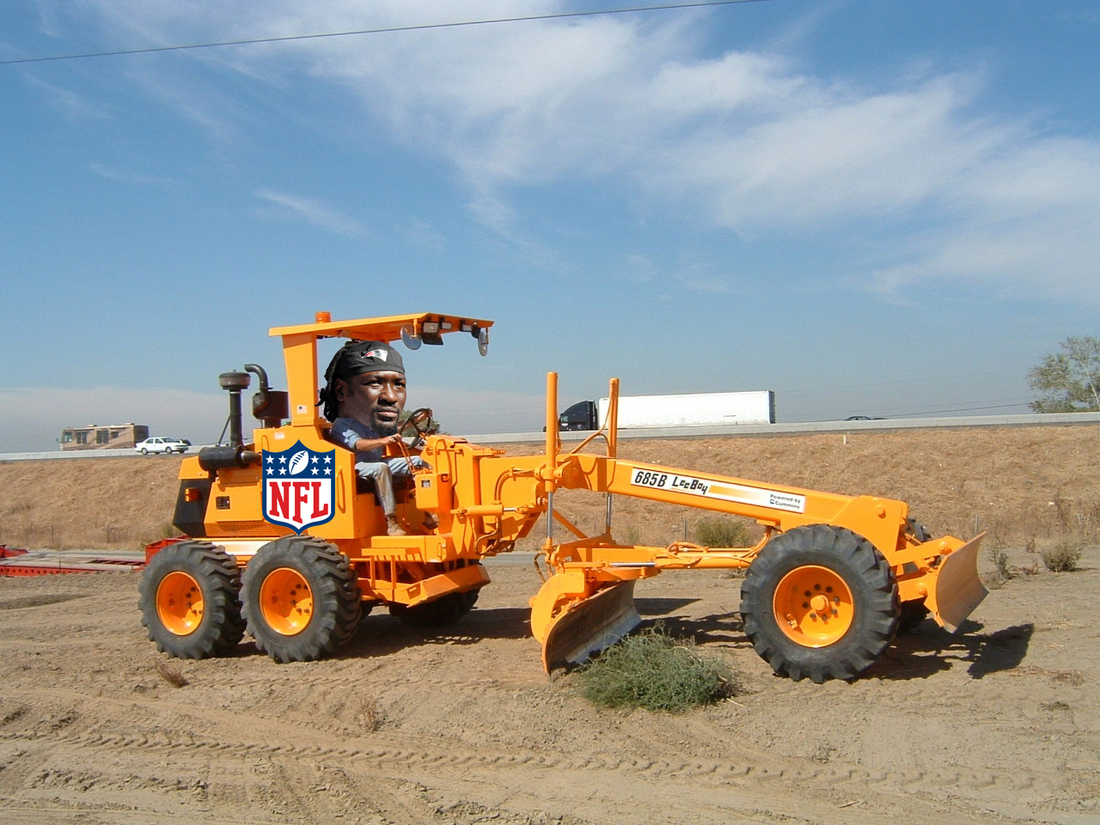 This might come as a suprise to you guys but I saw a little bit of John Riggins in Legarrette- his liver. Seriously though Blunt was getting downhill in a hurry and taking well executed handoffs from Tom Brady. When youve got outside duo like Edelman and Kumbrull Thompkuns your going to have soft gaps opening up the middle like your a Gronkowski at a GirlTalk concert.

I had some fun with it and said how SHOCKED I was that LaRon Landry missed a opportunity to wrap up a Blunt for the first time since middle school. The normally sure tackler and unsure paternity test taker had a field day trying to maintain padlevel on the 250 lb bruiser. He's not the bus folks, they call Blunt "The Winnebago" because both there owners are old White men who ride around with younger girls who look like theyve been kidnapped, no offense to Mr. Kraft but its true.

LeGarretes a perfect example of the Patriot Way being alive and well. He hasnt been arrested once since moving to Massachusettes, aka pulling a reverse Ted Kennedy. Blunts a bottle of OE that was screwed on to tight, and needed a Schiano man to loosen him up before Belicheck popped his top. 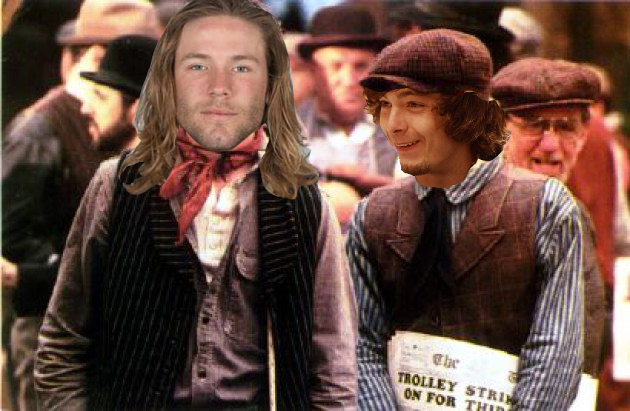 I know I know its odd that I give a lunchpail award to a guy who doesnt even pack one during Yom Kippur but Edelmans proved to me that if hes not meat and potatos hes surely brisket and latkas folks. Theres nothing more "name on the front of the jersey" than racking up 10 cathces for 70 yards and no TDs which Edelman has done like 9 times this year. His stats on Saturday were a little more flashy then that with 6 recs for 86 yds and 0 TDs but the point stands. This is a lunchpail guy, no need for dunkaroos or fruit sharks. Edelmen packs thermos full of motza and heads back in to collect that overtime.

Edelman has had to overcome alot during his time in the league, first of all this is a guy who technically has to accept that hes going to hell for getting paid to play with a pigskin- THATS commitment. Second of all playing for the Patriots means your going to have to play on Saturdays sometimes which is a strict no no in his culture, no offense.

Fan of the Week: Laura Koscki

You might not know who Laura Koscki is, but that wont be the case for long. Shes one of the brightest new minds in the NFL STRONG TAKES game. She was brought to my attention by writer for Sports Illustrated, the MMQB, and Pro Football Focus Allesandro Miglio with this STRONG NFL playoff take and how the playoffs are predetermined and Nelson Mandela was a reptilian because Eddie Lacy coudnt pound the rock or something: 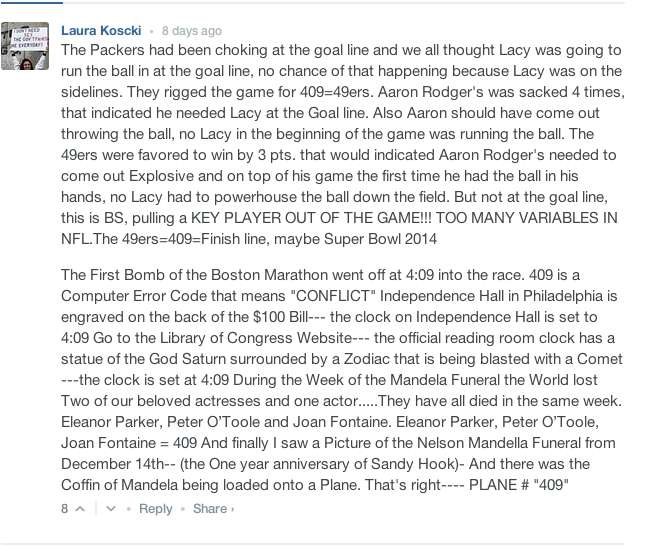 Laura makes just a ton of good and coherant points here. She leads you very nicely and gently into her Boston Bombing take in a very professional way. I dug a little deeper into Lauras post history and pulled out a few more takes from her. 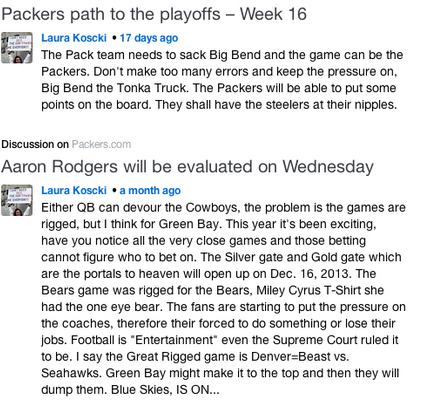 So Laura is clearly very knowledgable and would make a excellent addition to my I N F O S C O R E S writing team. I've been in contact with her about her AFC/NFC Championship games predictions and lets just say Im going to have a very special guest for my Friday take here to go buy or sell with. Steven A Smith and Skip Bayless will look like Mr. Rogers and the Gay guy who plays Elmo compared to the debate me and Laura are going to have. Stay tuned...

Showoff of the week: Colin Kaepernick

I call Colin Kaepernick "Crip-tinite" to Cam Newtons Superman. Colins stepping on white peoples toes a little bit the way he steals a black persons dance move and makes it his own for money and a tension here.

This weekends matchup verses the 49ers against the Seahawks and its forced me to take a look at the two QBs leading these teams. Wilson more and more is looking like a Cowboy Troy type guy instead of maybe the Yin Yang twin I thought he was specially when you put him side by side with a guy who kisses his bicep more often then his wife. So Im officially anouncing my support for the WEhawks because at least when they make it rain its actual water instead of Grey Goose and China white like the Forty MINE-ers.