Petty tyrants: The Cleveland Browns just want you to believe in them

Share All sharing options for: Petty tyrants: The Cleveland Browns just want you to believe in them

1. Dennis Rodman's North Korean star turn is not going to produce any kind of diplomatic breakthrough in a tense part of the world. Surprise. But if you look past what it is on the surface from the Western point of view -- another example of a ex-celebrity using a reality TV stunt to extend a career -- it's a throwback to the Cold War days when petty tyrants would wrap themselves in kitsch and gaudy parades to assure people about progress in face of gulags and food rations.

2. Last February at the Combine, Rob Chudzinski repeatedly used the word "excited" to answer one question about his new job as the head coach of the Cleveland Browns. His answer had the outward enthusiasm you'd expect from a guy that grew up rooting for the Browns, but there was no denying his sincerity.

Chud really laid it on thick, huh? All that excitement was for naught. Haslam and his "group of people" deposed Chudzinski hours after the last game of the season. In hindsight, his Combine presser looks like another cherished North Korean tradition: the forced confession.

3. We haven't heard from Mr. Excitement since his ouster, but he's apparently been saying plenty about the people he was so excited about a year ago. NFL Network uber-insider Ian Rapoport reported Sunday that potential coaching candidates identified by the Browns had been talking to Chudzinski and he was being brutally honest about what was going on behind the iron curtain in Berea.

Details of the dysfunction there are sparse. We know what we know through reporters. The troika on top of Cleveland's politburo  -- owner Jimmy Haslam, general manager Michael Lombardi and CEO Joe Banner -- are apparently "not on the same page."

4. It was never really clear all season what "page" the Browns were on. Banner and Lombardi spent the months leading up to the draft being coy about the quarterback situation. They skipped over the signal callers available in the draft last year, and brought in both Jason Campbell and Brian Hoyer to compete with Brandon Weeden for the job.

Back in an NFL front office after a five-year stint as a commentator, Lombardi used the team's first-round pick on LSU pass rusher Barkevious Mingo after spending big on free agents Paul Kruger and Desmond Bryant. He used his next pick (a third rounder because the previous administration used the second-round pick on Josh Gordon in the supplemental draft) on San Diego State cornerback Leon McFadden. Tyrann Mathieu was the next player off the board. They traded their fourth-round pick to Miami for drop-prone receiver Devone Bess, who also got a four-year, $14 million deal.

The erratic missteps of the spring continued into the fall when the team traded away Trent Richardson. It looked like the Browns were giving up after just two games. Richardson's flop in Indianapolis made it look like a smart move, but that overshadowed a willingness to sell off the franchise's precious few assets, including erstwhile cornerstones like Gordon and Joe Thomas.

5. The reasons given for Chudzinski's firing started with some talking points about accountability. Chud supposedly refused to cut a player when asked to do so by his bosses, a point that also happens to overlook the fact that the front office in Cleveland made the personnel decisions. Haslam and Banner offered up the usual explanations heard when a coach gets fired: disappointing results, unmet expectations, and so familiarly on. 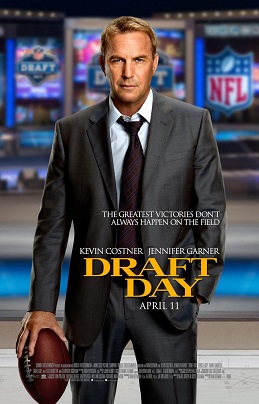 The Browns have tried everything to turn the franchise around... might Kevin Costner be an option? Fortunately, we'll have that answer thanks to "Draft Day," a movie about the Cleveland Browns.

6. Mr. Right this time around was supposed to be Josh McDaniels. He, too, was an Ohioan, a strange prerequisite that speaks to the franchise's shaky relationship with its fans. More important, McDaniels was a Bill Belichick disciple. (The fascination with replicating the Patriots Way is another bizarre facet of Cleveland's organizational weirdness.)

McDaniels turned them down. And after every "insider" in the media reported that he was their man, the Browns pushed back by leaking word that McDaniels supposedly walked away after being told he was not at the top of the list.

It was the same sour grapes play they ran after Chip Kelly turned them down last spring.

The coaching search got quiet for a while before Ken Whisenhunt, Todd Bowles, Ben McAdoo, Mike Munchak and Adam Gase popped up as potential candidates. Whiz took the job in Tennessee, the Giants hired McAdoo as their offensive coordinator and Bowles just flat out said he wasn't interested. Gase, currently Denver's OC, is currently occupied by the playoffs, but he's now seen by many as the backup plan to the backup plans. Chud was also a backup plan, remember, until he briefly became the right man for the job.

7. That week in Indianapolis last year might have been the last time the Browns' brass were all on the same page, or at least gave that outward appearance. Banner made the rounds spreading the new direction talk.

The CEO even talked about transparency and credibility.

Turning a perennial loser into a winner was the excuse for hiring Banner and Lombardi, and also for firing Chudzinski.

8. Before his ownership bid was officially approved by the NFL, Haslam popped into the Dawg Pound to shake hands with fans excited about a new start. On Wednesday, he stuffed some niceties about the direction of the franchise into a letter to fans about the coaching search.

He'll get the chance to do it all again whenever the Browns finally find the person who's willing to coach the team. 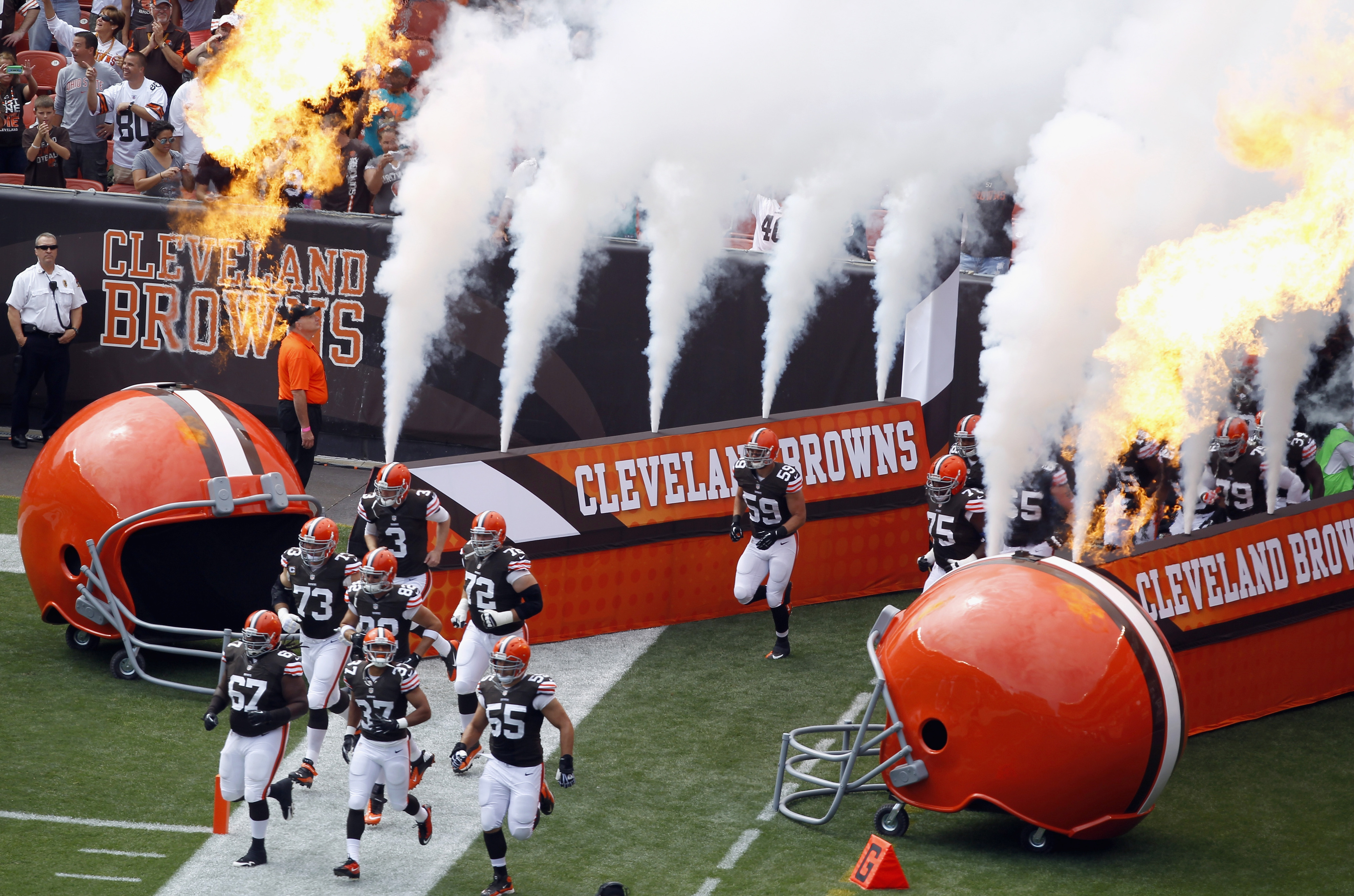 What's the only thing more tragic than a tale of imprisonment, selling teeth and hair, orphaned children, doomed revolution and suicide? The Cleveland Browns.

There's more than one way for autocrats to mask a regime's failures, and many more understated than basketball games with Dennis Rodman, bear hunts or children's choirs singing patriotic songs. That stuff is Cold War nostalgia. In Cleveland, autocrats can do the same thing by having a beer with the common folk and promising to do better in a heartfelt form letter.

But, in the end, it is tough to live under a thumb. People get worn down by the harsh reality and stop listening. Most of Cleveland's coaching candidates saw through it. Browns fans will see through it, too, if they haven't already.

Despotic regimes have no accountability to their people, until things get bad enough and an uprising starts. Crashing the gates of the Browns' headquarters and forcibly removing the owner and his men isn't an option.

With the Feds pursuing a fraud case against Haslam's truck stop business, the FBI is probably the last best hope for long-suffering Browns fans.