Coaches want football to be like chess. The NFC Championship hid half the pieces and flipped the board over.

Hours are spent in the week before a football game analyzing tape, working against the scout team, searching for any advantage that can be exploited. It is work devoted to Plan A, and Plan A is where your superior knowledge and preparation are supposed to light the way to a win.

Plan A was meaningless on offense in the first half on Sunday. The Seattle and San Francisco defenses were not just ready for Plan A, they were eager for it. Plan A never worked to the offense's advantage; the defense had position, or numbers, or mismatches in its favor. Plan A only yielded failure -- sputtering, retreating, painful-looking failure. 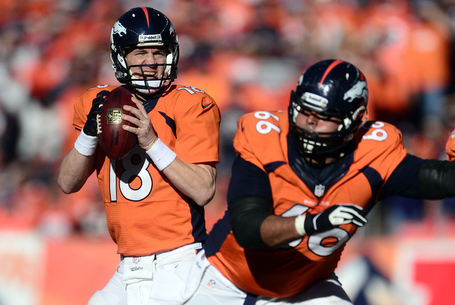 Plan B? Plan B has something going for it: it's not Plan A, and destroying Plan A is all the 49er and Seahawk defenses think about. Where one half of Plan A led to no meaningful running game from Marshawn Lynch and Frank Gore and one combined catch between team-leading receivers Anquan Boldin and Golden Tate, Plan B was full of improvised chaotic possibility. That was where Colin Kaepernick dropped back in the pocket, saw no open pass and then took off running, weaving through Seattle defenders like traffic cones. Plan B was also where Russell Wilson waited, and waited, and waited, and waited, and only well after any route could possibly have met its designed end threw a deep ball to Doug Baldwin, setting up the only Seahawk points of the half.

(When you think of it this way, Jim Harbaugh's freakouts -- see here, and here -- make a lot more sense. I counted three outbursts in the second half. The first was when Seattle got called for running into the punter when apparently the call should have been roughing, the second was the grounding call, which he got, against Wilson at the end of the third quarter, and the last was the NaVorro Bowman goal line fumble recovery that wasn't. Harbaugh's spent all this time preparing to shred your offense's Plan A, and those damn bumbling officials just don't appreciate it.)

You or I might have been tempted to abandon Plan A after 30 minutes of watching it get stomped. Wouldn't you have to be crazy to stick with something so plainly broken? Not that we're all itching to call Pete Carroll and Harbaugh crazy or anything.

But you can't just decide to go with Plan B -- Plan B's whole appeal is that it's unplanned, spontaneous. So Seattle and San Francisco pushed forward with Plan A in the second half, and there were points where that worked. Lynch started to find a rhythm, running for 11 yards, then five, then 40 and a touchdown. Kaepernick responded with strong passes to Michael Crabtree and Boldin. Surely this was where the hours in the film room and on the practice field would pay off.

Plan A was working better, yet it still didn't seem to be deciding the outcome. Russell Wilson taking advantage of an offsides call on 4th and 7 to hit Jermaine Kearse for a 35 yard touchdown wasn't Plan A. Neither was Kaepernick throwing across his body on 3rd down to Boldin. Plan A started collapsing again - the Seahawks stripped Kaepernick and recovered at the 6, then gave the ball back on a botched handoff immediately after Bowman's non-recovery, and then Kam Chancellor intercepted Kaepernick to give the Seahawks the ball in San Francisco territory yet again.

Harbaugh didn't lose faith in his approach, even with his back against the wall. The Niners didn't get away from runs and short to intermediate passes on the last drive. They moved to their own 30, and then to midfield, and then inside the 20. With 28 seconds left, Kaepernick tried to hit Crabtree in the back corner of the end zone. Richard Sherman had the play covered well and deflected the ball before it got to Crabtree. That was where Plan A failed, and if that had been the end of the play, San Francisco still would have had a few chances to win.

It wasn't the end, as the deflected ball found its way right to Malcolm Smith, a seventh-round draft pick who'd mostly spent time as an injury fill-in. Plan B isn't just for offense, after all.

• Tom Brady’s facepalm says it all