The Buccaneers dip back into the college coaching ranks. Meanwhile, the Browns, Vikings and Lions are putting out feelers for new head coaches around the league. Here's the latest news from the NFL coaching carousel.

The Tampa Bay Buccaneers made waves Wednesday signing Lovie Smith to take over the team as head coach. They followed up the hire by reportedly picking off one of the more respected developers of quarterback talent in college football. Cal head coach Jeff Tedford will be the Bucs' new offensive coordinator, according to reports. Tedford developed the likes of Trent Dilfer, David Carr, Akili Smith, Joey Harrington, Kyle Boller, Billy Volek, A.J. Feeley and Aaron Rodgers during stints at Fresno State, Oregon and Cal. 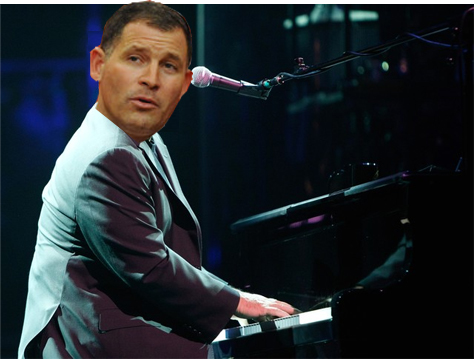 PFT Commenter sets his hot take to the tune of Billy Joel. (All grammatical errors for parody purposes, we think).

Tedford had a successful 11-year tenure as the head coach of Cal, though the program's success petered out during his last few seasons in charge. In 2012, the Golden Bears went 3-9 and Tedford was fired. Like Smith, he spent 2013 out of coaching before returning. Tedford has never coached in the NFL before, though he spent three years coaching in the CFL ranks before joining Fresno State's staff in 1992.

No doubt, the Buccaneers are hoping Tedford can mentor a second-year Mike Glennon who is slated to be the Bucs' starting quarterback next season, not to mention lead the Buccaneers' offense out of the doldrums of a 32nd place finish in total offensive production.

The Cleveland Browns are apparently looking at the coordinator ranks for their next head coach. Arizona Cardinals defensive coordinator Todd Bowles reportedly has an interview set up with the organization this Friday. After that, New England Patriots offensive coordinator Josh McDaniels appears set to visit with the Browns on Saturday.

McDaniels has spent two stints coordinating productive Patriots offenses, from 2006-2008 and again from 2012-2013. In between, he had a dubious tenure as the head coach of the Denver Broncos. Despite a 6-0 start in 2009, the Broncos failed to make the playoffs during McDaniels' debut season. He was then fired in the midst of the 2010 season after the Broncos began the year 3-9.

Bowles has never been an NFL coach except for a three-game interim stint with the Miami Dolphins in 2011. He has done a fine job coordinating the Cardinals, however. The Cards finished sixth in total defense and seventh in points allowed during the regular season. Bowles is reportedly also drawing interest from the Minnesota Vikings and Detroit Lions.

Cincinnati Bengals offensive coordinator Jay Gruden and defensive coordinator Mike Zimmer are potential head coaching candidates for the vacant Minnesota Vikings job, according to reports. The Vikings will have to wait to set up interviews as long as the Bengals are still alive in the playoffs.

Both Gruden and Zimmer coordinated solid units during the regular season. Gruden's offense finished 10th in the NFL in total offense, its best showing since Gruden joined the Bengals in 2011. Zimmer's defense finished No. 3 in the league in total defense.

Neither coach has ever been a head coach in the NFL. Zimmer has never been a head coach, period, while Gruden has stops running Arena and United Football League teams to point to on his resume. Either could be a help to the Vikings, who need help on both sides of the ball.

The Detroit Lions are apparently looking for a new head coach who can help mentor Matthew Stafford. The team will reportedly interview Baltimore Ravens offensive coordinator Jim Caldwell on Friday, and have expressed interest in San Diego Chargers offensive coordinator Ken Whisenhunt, according to reports. Both coaches have extensive experience developing quarterbacks.

Caldwell was the quarterbacks coach under Tony Dungy for seven years with the Indianapolis Colts before taking over as head coach after Dungy's retirement in 2009. He led the Colts to the Super Bowl during his debut season, and earned a playoff berth in his second season. The Colts went just 2-14 during Caldwell's third year, however, thanks because of Peyton Manning's neck, and Caldwell was fired. He joined the Ravens as quarterbacks coach in 2012 before being promoted to offensive coordinator following Cam Cameron's midseason firing,

Whisenhunt is coordinating the Chargers' offense in the playoffs, so the Lions would not be able to interview until San Diego's postseason run is over. Like Caldwell, he also has experience leading a team to the Super Bowl as a head coach, taking the 2008 Arizona Cardinals to the last game of the season. He won a Super Bowl as offensive coordinator of the Pittsburgh Steelers in 2006, with a second-year Ben Roethlisberger behind center.