The 23 people you meet at every Super Bowl Party!

Share All sharing options for: The 23 people you meet at every Super Bowl Party!

With selections from Jon Bois and Celebrity Hot Tub

1. The ghost of your Aunt Lois. She stays under the stairs most of the time, but something about the Big Game gets her out into the living room, complaining about how your mother finished her oatmeal forty-eight years ago and never apologized for it. She talks loudly over the game, wondering out loud awkwardly about her misspent days among the living. Why'd she spend her life with that worthless man from the telephone company, Aintry? She wonders all this, all day long, reading Jude Devereaux novels under the stairs in the broom closet. PLOT TWIST: Your aunt Lois isn't even dead, and hasn't paid a dime in rent ever, and may not be your aunt. You might want to talk to her or the police or both about it.

2. The man who will one day stab the mayor. He brought dip.

Who brought a girl to this party this is my mancave. Man cards. Dr Pepper 10.

3. The girl who knows nothing about football. Look at her, asking questions about the game, and wondering things out loud while trying to socialize. Guhhh, she has ovaries, and is talking with words, and brought good food instead of the bag of chips like everyone else. She could start having babies right in the middle of your floor. Who brought a girl to this party this is my mancave. Man cards. Dr Pepper 10. I'm so lonely it hurts, and I cry at night. Please let me watch the game, I am a real football fan.

4. The dad from The Wonder Years. Sits over by himself at your kitchen table, clasps his hands and grimaces for four hours.

The 5 people you met last year

The Super Bowl is like every other holiday, in that it's rife with cliché and its participants are entirely predictable.

The 5 people you met last year

6. Richard Sherman. Shit, what are you doing here and HOW DARE YOU NOT INVITE RICHARD SHERMAN TO YOUR SUPER BOWL PARTY. THIS IS WHAT HAPPENS WHEN YOU PUT HIM AT A TERRIBLE PARTY LIKE THE BUD LIGHT BOAT. HE'S GOT TO LEAVE THE GAME AND SHOW UP AT YOUR PARTY JUST TO TELL YOU HOW MUCH DISRESPECT YOU DISPLAYED BY NOT INVITING HIM TO THE PARTY. HE MIGHT EVEN WRITE AN SI PIECE OR THREE ABOUT IT. EXCUSE HIM, HE'S GOT TO GO EAT UP THIS WEAK-ASS DADBALL OUT THAT PEYTON MANNING IS TRYING TO THROW HIS WAY. THE WINGS WERE OKAY, BUT COULD HAVE USED MORE SPICE. L.O.B.

9. Treat Carroll. Pete's identical twin who goes around at night convincing everyone that Pete never sleeps. He will spend the entire game on his phone reading a 9/11 conspiracy theory message board and talking about the Bilderburg Group fixes the Super Bowl every year -- just like his brother would. 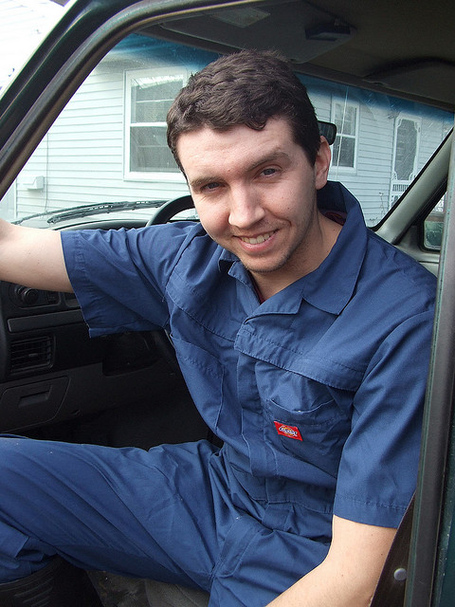 Jeff, who no one has liked ever but still keeps getting invited to parties, Jesus, just go away Jeff. (via)

11. A Super Bowl PR Email. It was not invited. It does not address you by name. It just wants you to know about this amazing list compiled by [BRAND DELETED] that you may be interested in. It will talk to you loudly and without warning every 20 minutes to see if you remembered that email. You will stuff it in the trash can repeatedly, only to watch it crawl out every time. Twenty of them are at your party. This party now sucks.

12. Drunk guy! He's drunk. He is drinking alcohol and talking in a normal voice. Look at how drunk he is! He has had at least three beers, and his shirt is clean, and my god he is drunk! This dude is so drunk. Let's point out how drunk he is. He'll probably have another beer, with alcohol in it, and let someone drive home! What a drunk.

13. That guy who can't stop talking about gambling. "The other team just scored points." Yeah, that's your guy. Call the police, what he is doing is illegal. Tie him up. Tell the police he was talking about "the numbers game" and lay a finger next to your nose. This is criminal code for "the mafias." They'll shoot him the minute they get there if you do this. #Justice

14. That baby chewing on a ball of dog hair in the corner. He's the biggest fan of all, is what you'll tell CPS when they find him on the fire escape.

15. A stolen Chevy Silverado. Through the front wall of your house in the third quarter. The driver will leap out and continue to run from the police while you jump on the hood, rip your shirt off, and yell "THIS IS FORD COUNTRY, BUDDY." You'll grow a penis the minute you do this. This is the best day of your life.

18. Guy in a jersey. What's he doing wearing a jersey and a shirt with long sleeves? Why does he look like a giant man-shaped stack of raccoons wearing a human mask, with weird little pairs of raccoon hands where his hands should be? Why the palsied walk, as if he were just a bunch of raccoons wearing human clothes? Where did he get the 20 dollars for the party betting pool? Why is he just eating the guacamole with both hands, stuffing it into his shirt pockets and pants, and emitting a constant chittering noise from spots all over his body? Guy in a jersey, we don't know why you're here, but people seem to like you even if you're wearing a child's article of clothing in public, and are a giant stack of crafty woods creatures.

The 3 worst Super Bowl parties you've ever been to

You've been to many Super Bowl parties over the years. Most have been a lot of fun, but a few were complete disasters. Let's take a moment to re-live those experiences.

The 3 worst Super Bowl parties you've ever been to

19. Kevin Hart. I'm sorry this is a law he has to be everywhere and that means your party, too. He's short, and frustrated, and there are no two things Americans love more than that.

20. A guy who likes Bill Hicks. "Did you know there's no god, ugh, corporations, right? Just blew your mind, but keep up, sheeple" he says before going outside to "vape like I'm Goat Boy [makes disgusting noises into hands for one minute straight.]"

21. The Alabama fan. "I ain't sayin' it won't be close. But the Tide got Seattle by a field goal, and Denver by seven with that sissy spread passing shit. Saban'll tune that right up."

22. That guy who misses the party. He's pinned under a snack machine at his office after hours, and people won't be there for days! This loser always misses all the fun.

23. The neighborhood arsonist. If you're so good at it why is there still a neighborhood, pal? Now that's a real burn, buddy.