Enhance your enjoyment of the big game with a little bingo.

After two weeks of parties, branding, lame narratives, grumpy football writers, press conferences and endless assurances about the weather, the Super Bowl is just about here.

To further enhance your viewing experience and spice up your Velveeta soaked party, we made you a very special bingo game.

We are assuming you know the rules. Fill in those lines horizontally, diagonally, vertically ... or for a challenge befitting the BIG GAME, fill in the whole dang card. 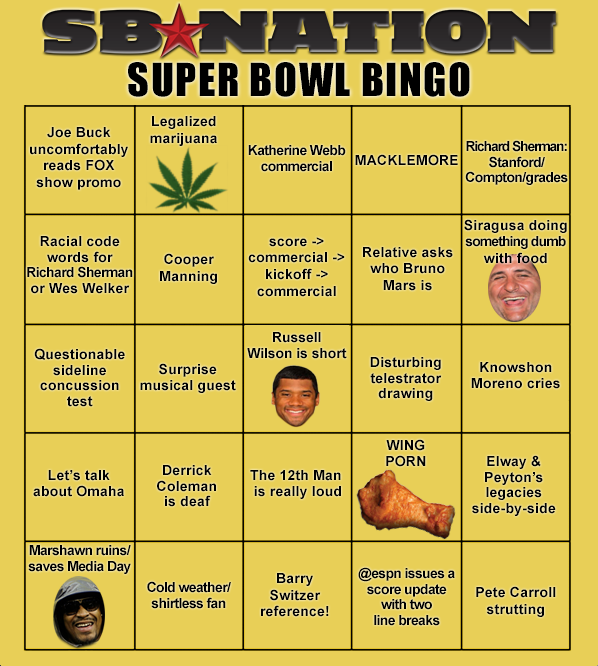 We'll be playing along, giving you a heads up when you can check off one of the items.

The squares are pretty straightforward for what qualifies. When, if, the camera crew at FOX cuts to a shirtless guy with a "12" painted on his chest, you're going to need to hear a reference about the cold weather too. Really, we don't want this to be too easy. The "Omaha" one means you need to hear Troy and Joe or someone else on the broadcast talking about Peyton Manning's most famous line call, and so on and so forth.

Anything we're missing on the squares here? Anything too easy? Too hard? Let us know.