Reforming the Titans offense took too long, and Mike Munchak has been fired.

Tennessee Titans head coach Mike Munchak has been fired, according to Chris Mortensen of ESPN. The team met with Munchak on Friday, and reportedly offered him a chance to stay if he agreed to overhaul the coaching staff. Munchak refused and was shown the door.

The Titans started the season 3-1 but stumbled to a 7-9 finish. They played well down the stretch despite injuries, including one to starting quarterback Jake Locker, but missed the playoffs for their third consecutive season -- which likely served as the catalyst for the firing.  Tennessee will look to rebuild its offense with the hope Locker can return in 2014 and continue to play at the excellent pace he started the season.

Then again, this was the first season Locker had really shown promise. Perhaps a new coach won't want to put his trust in Locker, which will be interesting to see. 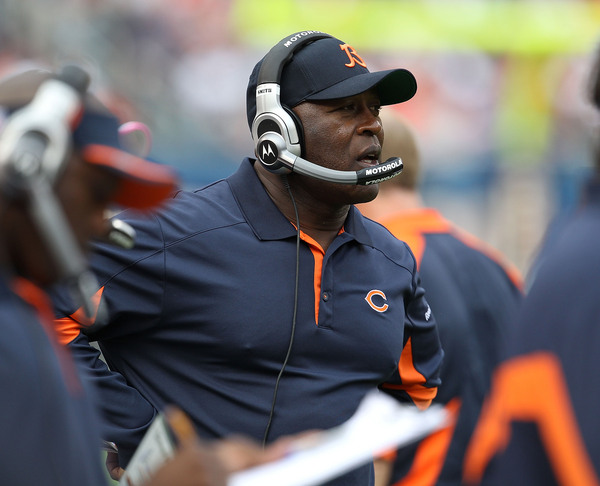 Munchak has more ties to his team than any coach in the NFL. He played for the Houston Oilers from 1982 to 1993 before joining the team's coaching staff. Over 30 years have passed since Munchak first joined the Titans organization, and his firing wouldn't have been taken lightly.

Munchak's primary task in Tennessee was revitalizing the team's offensive line, but it never reached a level required to return Chris Johnson to running back dominance or lead to successful quarterback play. Locker was drafted in 2011 to be the team's franchise quarterback, but has had durability issues and missed a total of 24 games over the last three seasons.

At the end of each season, Johnson always found himself with more than 1,000 yards rushing, but the Titans always seemed to lose those games in which he totally disappeared. He's the kind of runner who would pick up 20 yards in one game and 200 in the next to build his rushing totals. Strong quarterback play was ever-absent in those games in which he only managed 20, unfortunately.

Some thought that Munchak might have deserved another chance given that many of the team's issues were out of his hands. Unfortunately, Munchak was entering the final year of his contract, which is always a tricky situation for coaches who are fighting for their jobs. Extending him just to remove the "lame duck" status isn't really an option, but how are players supposed to buy into the system of a guy who might not be around in a few months?

Those factors will likely increase the pressure on the organization to make a successful hire considering how Munchak's lack of success had as much to do with injuries as poor performance. Still, one winning season out of three and no playoff appearances is usually enough to doom any head coach in the NFL these days. In the end, loyalty only extends so far.

Jeff Fisher was a hard act to follow for his former offensive assistant. It remains to be seen if Munchak will join his former boss in St. Louis, where the Rams are struggling with offensive line issues of their own. Fisher was in charge of the Titans from 1994 through 2010, but things definitely stagnated in the end. Clearly, the Titans were afraid of that happening and quickly with Munchak.