The regular season is at an end, and the NFL playoffs got underway on Saturday. The Colts pulled off a dramatic comeback win over the Chiefs, and the Saints edged the Eagles for their first playoff road win in franchise history.

On Sunday, we'll get the other two wild card matchups to decide how the Divisional round is going to look. First up, the San Diego Chargers will hit the road to take on the Cincinnati Bengals, and then the Green Bay Packers will play host the San Francisco 49ers.

Let's take a look at both games below: 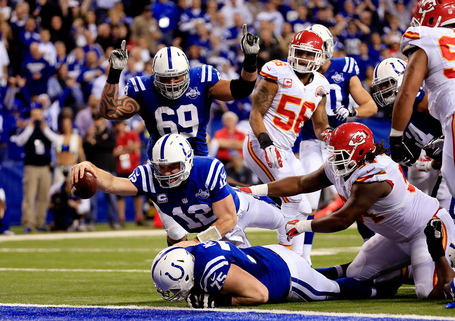 The Bengals have not lost at home this season, holding a perfect 8-0 record. They're 11-5 on the season, though, so losing is not out of the question. It just seems unlikely that they falter at home, especially against the 9-7 San Diego Chargers. Then again, stranger things have happened concerning the Chargers this season.

For instance, the Chargers weren't in control of their own destiny heading into Week 17. All they could do was win and hope a few other teams lost ... they pushed the Kansas City Chiefs to overtime, where a field goal won the game, and wouldn't you know it, the other teams they needed to lose did lose.

This one may be closer than people will give it credit for, but the Bengals are heavy favorites.

These two teams have become very familiar with each other over the past year. The 49ers eliminated the Packers from the postseason last year, besting them in the Divisional round, 45-31. Quarterback Colin Kaepernick had 263 yards passing and a whopping 181 yards rushing, a record for quarterbacks.

Out for revenge, the Packers were unsuccessful in Week 1 of the 2013 season. Kaepernick ended up throwing for 412 yards in that one, while Frank Gore led the rushing with ... 44 yards. A new piece to the puzzle in Anquan Boldin was the breakout player in the game, finishing with 208 yards receiving. San Francisco won the game, 34-28.

Will this be the chance for the Packers to get their revenge? They've got home-field advantage on this occasion, so anything is possible.