The Buccaneers hired Lovie Smith to right the ship in Tampa Bay. Stephen White says his former coach will have the team on the right course as soon as next season.

Share All sharing options for: Lovie Smith the right man at the right time for the Buccaneers

The first time I met Lovie Smith was 1993, the spring of my redshirt sophomore season at Tennessee. We had just transitioned from Johnny Majors to Phillip Fulmer as head coach, and it was a pretty messy deal right at the end of the previous season. Fulmer had coached us to a 4-0 start in 1992 in a very exciting fashion that included wins over both Georgia and Florida. Then Majors decided to comeback early from heart surgery and everything imploded from that point going forward. Coaches took sides. And, in my opinion, when Fulmer was named the head coach he set about firing those assistants who appeared to be loyal to Majors during the season.

That meant a lot of new defensive coaches. Lovie was brought on to coach our defensive backs. What struck me about him even then was the quiet confidence he always walks with. Yes, he was the most stoic coach I had ever encountered up to that time. But in his silence, he commanded a high degree of respect, and when he did yell it was a very jarring experience for whomever was the subject of his ire.

For example, there's a story about his time at UT decades ago, where Lovie challenged a walk-on defensive back from the track team to a fight. Quote: "I'll show you how we do it back in Big Sandy." But I can't tell it, so just use your imagination to fill in the rest.

Who’s out Who’s in

As a coach, Smith was meticulous and hounded his players to be exact in all of their alignments and assignments. If the coverage called for you to be five yards off the wide receiver, then you should be exactly five yards off of him to give yourself the best chance for success. This coaching style -- where the coach is a stickler for details -- clearly isn't for everybody. However, I believe that Lovie improved every single guy he coached because he held them to such a high standard.

Lovie coached for us under new defensive coordinator Larry Marmie, whom he worked with at Arizona State. Marmie was fired two years later and replaced by John Chavis, my former position coach. I can only surmise that Smith's loyalty to Marmie was the reason why he was let go at the same time. I didn't think he deserved to be let go back then, and in hindsight I still don't.

Of course, I would be seeing Smith again soon. I just didn't know it at the time.

I joined the Buccaneers practice squad after having been cut by the Philadelphia Eagles, who drafted me, my rookie year after my first training camp. I wasn't even sure Lovie would remember me. He did, and that made me feel a little bit better about my chances of sticking with the Bucs. I know a lot of guys in my position would never even get a look on the active roster, even on a bad team. I figured with Lovie knowing the type of person I was and how hard I worked that I would have at least one person pushing for me to get at least one chance.

I'm not sure if Lovie had a hand in it, but I was called up to the active roster after the sixth game that year. I eventually spent six years on the roster here in Tampa before finishing up my career one year later with the New York Jets. Lovie left to be the defensive coordinator for the Rams in 2001, before my time with the Bucs was up, but he had already made a powerful impression on me the second time. Still the perfectionist, what stood out this time was that even though guys sometimes bristled at his coaching technique, he could communicate his displeasure to his players without going overboard with it. 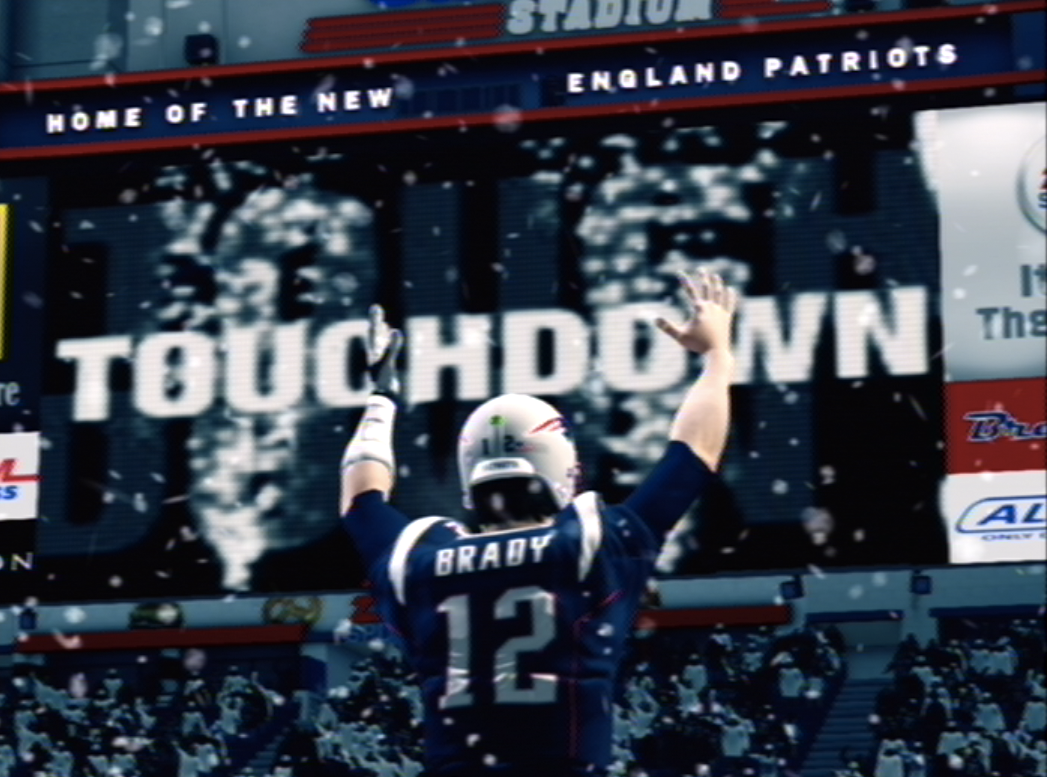 This Saturday, the Patriots will need Tom Brady as never before, so we fired up Madden, made 21 copies of Tom Brady and put them all on the New England offense. It was terrible, and then it was beautiful.

At the old facilities in Tampa, we just had partitions between the meeting rooms. The defensive line room was adjacent to the linebackers room, and we could hear each other breathe. Through those "walls" I heard Lovie the teacher breaking down the defense in minute detail, explaining not only the how but the why. I also heard him getting onto even his most outstanding linebackers about little things like where to line up when we roll the safety down and truly play one gap defense or what depth they should get to on their zone drops. Also, because our team didn't value Sam linebackers in this defensive scheme, I also got to see Smith train a new starting linebacker, usually with totally different demeanors, every single year that he was in Tampa. That's not easy, but he found a way for our Sam linebacker position still to be a weapon for us and not a liability.

In fairness, we had a good group of linebackers anyway who wanted to be coached up and were very talented. Still, had Lovie not learned over time how to get his point across with a bit more tact he definitely could have lost respect from his room over time. That's another thing that you always see with him. Smith is always evolving, trying not only to better himself as a coach but also to stay ahead of the curve when it comes to the new trends we would be facing. It really is an impressive thing to watch, even from afar as I did after he was named the head coach of the Chicago Bears in 2004.

During his nine years as Bears head coach Lovie Smith won 10 or more games in four seasons. He had a nine win season to throw in there as well. He had just three losing seasons as head coach, and two of those were 7-9 seasons. He also lead his team to a Super Bowl appearance with Rex Grossman (!) as his starting quarterback.

Most teams would kill to have that kind of consistent winning standard. The Bears, on the other hand, fired Smith after a 2012 season where his team won 10 games and barely missed the playoffs.

During his time as Bears head coach, Lovie took a lot of heat for his offenses. This has lead some to speculate that offense will be again his Achilles' heel in Tampa. I would caution you not to buy into that crap. It is precisely because I know how much Lovie is willing to change and adapt that I am confident he has learned over this season out of football that his offense will have to pull its share of the load as well. He isn't some jackwagon that doesn't self-evaluate; he knows that defense wasn't the reason he was let go by the Bears. If anything I expect the Bucs to light up the scoreboard next season with Lovie leaning hard on new offensive coordinator Jeff Tedford.

Smith coached the Rams defense during the The Greatest Show on Turf era. He knows how much it helps a defense to have a high powered offense that puts up points and keeps up pressure on the opposing offense to keep up. That it didn't work that way in Chicago was not for lack of trying. Lovie hired the architect of the Greatest Show on Turf, Mike Martz, to try to catch lightning in a bottle again, but it just didn't work out.

It wasn't just coaching, but also personnel that hindered the Bears offense under Smith. They never could seem to get the offensive line right. They hadn't yet developed Alshon Jeffery either, a rookie in 2012 who missed time with injuries. They also didn't have the services of Martellus Bennett at tight end. In fact, they traded away a pretty good tight end, Greg Olsen, who has been a revelation for the Carolina Panthers.

Lovie isn't going to allow that to happen again. That's not the guy I know and watched all those seasons up close in Tampa Bay and it's not the guy I saw from afar coaching in Chicago. The offense might not be in the top five but they're going to put points on the board, bank on it.

With that out of the way, the main reason I'm positively giddy over the hire is of course because of the defense. I screamed from the mountaintops since last year that the Bucs had plenty of talent on defense and that defensive coordinator Bill Sheridan and (now former) head coach Greg Schiano weren't using it correctly. Finally, this season after an 0-8 start people started to listen, especially after they traded a first-round pick for Darrelle Revis, paid him a million dollars a game and didn't have a clue how to use him correctly.

That will not be the case with a Lovie Smith defense. The Bucs didn't seem to know how to line up right on an eight-man box defense against the Rams for crying out loud. Now, not only will guys know their alignments and assignments like the back of their hand (or else), they will also be put in positions to do well on almost every single play. If you think Gerald McCoy had a great season this year, just wait until Lovie lets him rush the B gap almost every play with minimal stunting. Same for LaVonte David, same for Mark Barron, same for Adrian Clayborn, same for Revis. 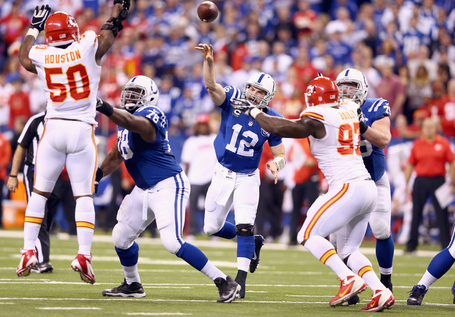 There are also a few guys like defensive end Da'Quan Bowers who the previous regime appeared to give up on, as well as many fans. I think Lovie and his staff will do wonders for Bowers and others like him. Smith believes in developing young talent just like he has done every place he has ever coached. Players will go into this with a clean slate and guys that work their asses off will be given every opportunity to show what they can do. If that isn't good enough, they'll still work them to try to get it good enough before washing their hands of the situation.

Those guys will be put in positions to succeed with plans that play to their strengths and hide their weaknesses as much as is possible. Barring injury, it should be a top-10 defense by the end of next season. I would bet that they will get to the top five, but I sound enough like a homer to this point, no need to pile on.

With a top-10 defense and a middle of the pack offense (at least) the Bucs are almost bound to make the playoffs next year. A lot has to happen between now and then to make that a reality, but I sincerely believe it will get done. This will be one of the quickest turnarounds the NFL has ever seen and its all because the Buccaneers hired the right guy at the right time.