RG3 and J.J. Watt save The Shield

The Shield has received a terrible threat, and there's only one super duo who can stop it.

Share All sharing options for: RG3 and J.J. Watt save The Shield

Its a Friday afternoon in the league office in New York City. Commissoner Roger Goodell is just finishing up one of his trademark matches of raquetball verse this guys whose a gigolo but instead of having sex hes just a guy who's average at raquetball that gets paid to let rich people beat him.

Lawrence: (wipes the sweat from his brow) Thanks Rog,, I allmost had ya that time.

Goodell: Its literally amazing that Im still such a accomplished athelete even though I never played football at a high level.

Roger and Lawrence strut into the lockeroom and go for a nice post-sports pee. Goodell takes his pants off all the way to the ground as he and Lawrence appraoch the urinals. Out of respect, Lawrence waits for Goodell to start peeing before he does.

Goodell: Bested you again Lawrence! Gotta be quicker then that to beat me

Lawrence: (Wipes the sweat from his brow) Thanks Rog,, I allmost had ya that time.

Goodell leaves the rest room without washing his hands or anything. Whenever hes done peeing he just thrust his hips back and forth violentley and lets the moementum shake off the excess pee. He goes into his office and Lawrence leaves to go play golf with Woody Johnson.

He receves a call on his intercom

Goodell: Thank you Tebow send them in.

JJ Watt walks into the office as hes texting a thank you message to all of his elementery school teachers at the same time and skyping with 100 troops on his other phone to thank them for there service.

Goodell: JJ, good to see you here. Wheres your partner?

Watt: (sighs) Sorry commissoner he should be here any second. Hes outside arguing with the cab driver about the route they took to get here. It was getting pretty violent.

Robert Griffin III rolls in on his wheelchair. the wheelchair has spinners and a ultraviolet light under it.

RG3: Sorry I was late but that cabdriver dosent know how to use myskillset properly so I threw him under a bus.

Goodell: Well folks I guess your both wondering why I called you in this morning on your day o-

Watt: (interruptiing) There are no days off sir.

Goodell: Yes, well thats very true. But I called you both in here because theres a dire situaton on our hands. It seems that our network has been comprimised.

Goodell: Thats right. We have reason to beleve that enemeny combatants have infiltrated our systems and are telling us to shut down,, or else they will attack every stadium broadcasting a NFL game.

JJ Watt: What do they want?

Goodell: They have some,, um sensitive information about league circles that they will air if we dont agree to shut down the RedZone channel and turn it into a soccer station.

Goodell: All the necesary arrangements have been made.

JJ Watt: But Ive got to keep improveing.

Goodell: I understand JJ but I need your work ethic on this problem.

JJ and RG3 board a B2 across the pacific. JJ Watt is meticulously studying film of what the North Korean server room looks like and getting some reps in on the squat rack that he personally mined, welded, and hauled onto the plane. Griffin is "preparing" by just drinking a ton of gatordae and peeing out the plane window but his footwork and aim is so bad that none of his urine ever even hits the earth. 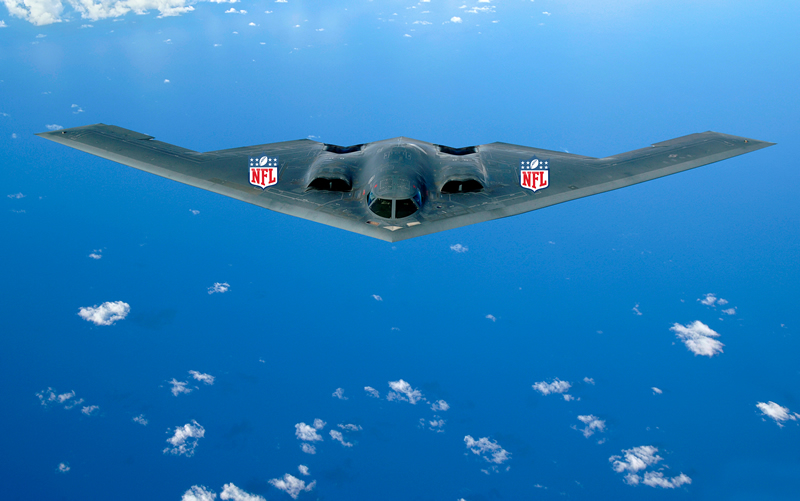 Watt: Robert dont you think we should be working on are gameplan? North Korea is a outstanding opponent and I just respect the heck out of them.

RG3: Im the fastest hacker there is its no use for me to watch film.

Griffin throws another empty gatorade bottle out the window but a eagle catches it and flys it back the other way. JJ just shakes his head. "You know who else only relyed on speed for attack?" he thinks. "Hitler."

As the airplane flys over the lake between Japan and North Korea the two strap on there backpacks and laptops and prepare to make the final jump.

RG3: I was thinking JJ we need to have like a motto or a slogan or somthing for this misison. Like "I.T.s on us" because were IT people. Or maybe I was thinking "Code up!"  You know something to inspire people to become great.

JJ: Id rather just put my head down, focus, go to work and let other people worry about the slogans.

The two fall into the lake but Robert is a poor swimmer due to his knees being completely filled with liquid and also he doesnt have anymore cartiladge in them which is what sharks bones are made out of FYI. Fortunately JJ's swim move is powerful enough to drag them both to shore. There directly outside of the North Korean computer compound. Its dark outside so JJ Watt puts on his camoflauge face paint to blend in. Hes literaly putting on blackface and griffin is just staring at him, waiting for a explanation.

Watt: Not to be racist.

They sneak into the compound and as they scale the wall JJ is handwriting a letter of support to a boys and girls club encourageing them all to stay in school. The compound is just like JJ had studied it- highly fortified and security cameras everywhere.

Watt: All those securty cameras. There sure to spot me.

RG3: Shit. Your right- you always show up on film.

Watt: Hey Robert, no offense but maybe you make a mad dash for the camera power supply. Theres not enough tape on you this year for them to recognize you as a intruder.

RG3: Do they have Subways in North Korea?

Watt: No. Theyll never know its you.

Griffin takes off like a bat out of hell but trips and falls severl times over like ants and a couple kernals of corn and stuff and his body goes careening wildly into the walls and setting off every motion detector. You can here the ligaments snapping.

Mission Commander Mike Shanahan: Keep him in there dammit!

JJ throws his radio off and sprints out to Griffin through the completely empty hallway facing much more resistance than trying to get around Tyler Polumbus. Watt puts him on his shoulders and carries him like a bag of potatoes through the hallways, which is ironic because JJs use to getting sacks of redskins. They get into the server room finally and a exhausted Watt puts Griffin down on the ground- he needs a blow.

RG3: Man I really did alot out there Im probably going to get several awards for my performence.

Watt: You have the flash drive right?

RG3: Here you go. (Griffins been carrying the dang thing like a loaf of bread this whole time)

Watt plugs the USB into the mainframe and waits.

Watt: Wait a second whats all this?

Watt looks at the monitor and notices that all the information hes downloading are all nude pictures of Roger Goodell and Robert Griffin doing poses in front of mirrors with each other. You can see what is very clearley Peter Kings naked body in the reflections. Hes standing there with all his genitals inside a Starbucks cup that is clearly marked "Peter King." What a humble guy.

RG3: I cant have you diluting my brand JJ.

Watt: Your a trader?

RG3: Im throwing you under the bus.

Watt: No offense Robert but if you tried to throw anything under a bus youd probly miss and hit a streetlight.

RG3: Quite fool! (Griffin pistol whips JJ and bloodys his nose up. Griffin talks into a lapel mic that JJ didnt even know he had) This is baby sparrow to papa hawk, Ive got the target in custoday.

The door to the server room opens up and Kim Jong Un walks in with a gun. He begins stroking Griffins cheeks like a real creep. 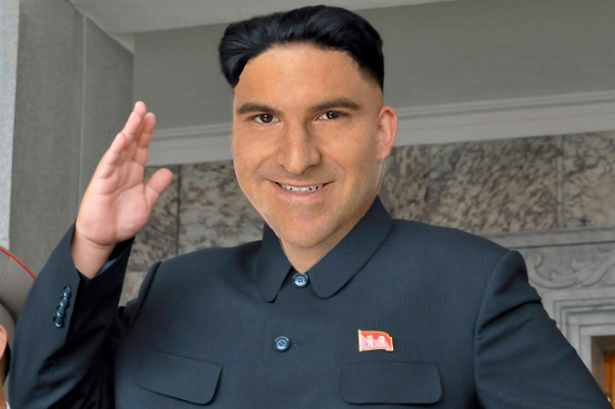 Un: You did good Robert, you did very good.. As for you JJ I cant have you hacking into my CPU.

Watt: The only thing thats PU around here is communsim all due respect. And Robert- how could you?

RG3: You see this is my home land. I made a lie when I said I was born in Japan,, knowing that whenever they bring in a new leader to DC they never think to check there birth certificate. I swore a alleigence to protect North Koreas brand

Un: North Koreas brand is very strong. Stronger then SONYs, stronger then the NFLs. Just a incredible piece of branding on our part. As for you JJ, this is the end of the line for you.

Un snaps his fingers and 1,000 of his most loyal guards come in.

Un: (Points to JJ Watt) GET HIM! Destroy his brand!

Literally they all start attacking JJ at once. Watts use to facing double and triple teams but hes never fended off this many attackers before. He starts swatting there bullets out of the air and out working all of them until finaly hes overcome by several hundred North Korean soldiers and pinned to the ground.

JJ looks around, Griffin wont even make eyecontact with him. All the solders put there fingers on the trigger and JJ begins to look each one of them in the eye and speak.

Its unbelevable. Hes so humble hes individualy thanking every troop whose about to kill him. One by one, the North Korean soldiers put there rifles down.

Un: This guy really gets it. Put your weapons down everyone I cant kill him. The world deserves to watch you play football young man,, this display of just how humble you are has inspire me to lift all sanctions verse the NFL Network and the United State's. Your redzone channel shall be restored. And its all thanks to this young mans brand. Three cheers for JJ Watt folks! Hip hip-

Griffin fumbles his gun which hit's the ground and fires a single shot directly into Uns head, killing him instantly. Him and JJ look at each other, grab the flash drive and JJ sprint's out the door with Griffin on his shoulder's and 1000 troops not having enough hustle to catch him.

They dive into the water where the NFL helicopter is wating for them. Griffin farts on the helicopter the entire way back because hes inconsiderate, and they arrive in New York for the debrief.

Goodell: I want to thank the both of you for protecting the shield. Of course the world can never know just how close we came to haveing to broadcast soccer for a entire week, but I want you to know I appreciate it. I will leak my own nudes, when the time is right.

Watt: Im just humbled that I could be of service.

RG3: Can we have particpation trophys?

JJ leaves the league office before the ceremony. He has no use for indivudual awards aferall. As he sits down on his flight back to Houston he reaches into his pocket and takes out the flash drive- he had switched it out with a replica when he handed it back to Goodell. He tosses it around in his hands and smiles. He sends a text to Germany: IVE GOT THE PACKAGE- SS WATT 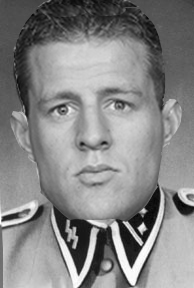 Angela Merkel: This guy gets it IMO.