Haslett expressed his "disappointment" in Fletcher's comments after Washington's loss and said the two had "never had an issue" before.

"Jay Gruden in particular better watch his back and get Jim Haslett out of the door."

Given how Washington has looked this season defensively, Haslett probably warrants some criticism. Washington is giving up 26.8 points per game, which ranks 27th in the NFL. It also has perhaps the league's most ineffective pass defense, giving up an NFL-worst 8.2 yards per attempt and 107.8 average passer rating to opponents. Washington has given up 26 passing touchdowns with just five interceptions this season.

Haslett's son later weighed in via Twitter. And London Fletcher was there for a quick response. 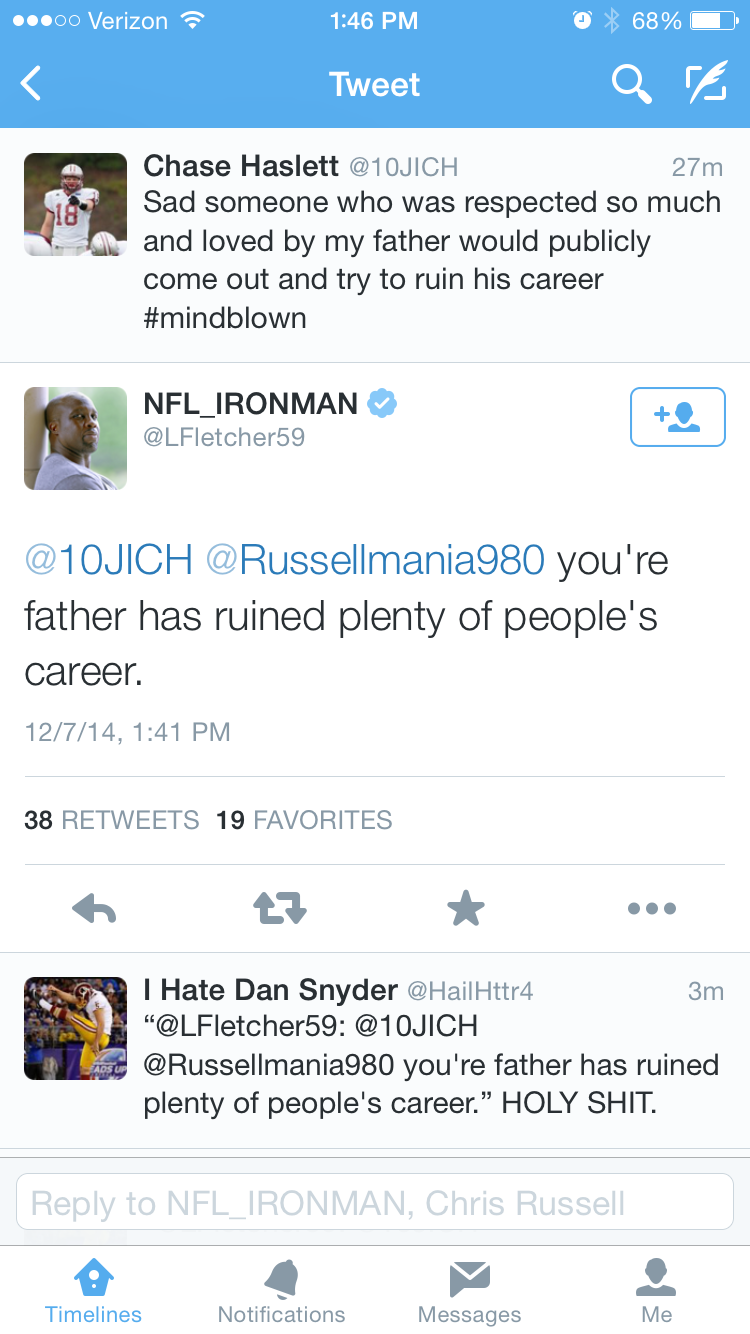 According to Mike Jones of the Washington Post, Haslett said in postgame comments that he'd "never had an issue" with Fletcher in the past.

Haslett has served as the defensive coordinator for Washington since the 2010 season.